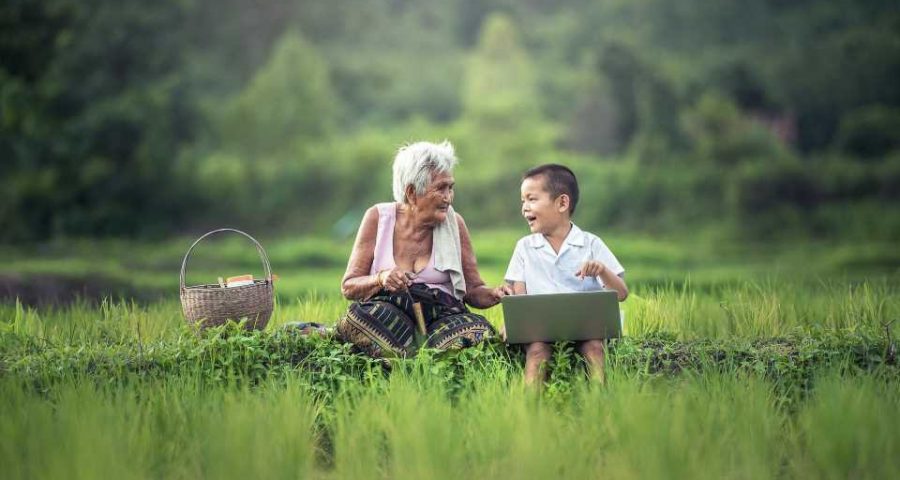 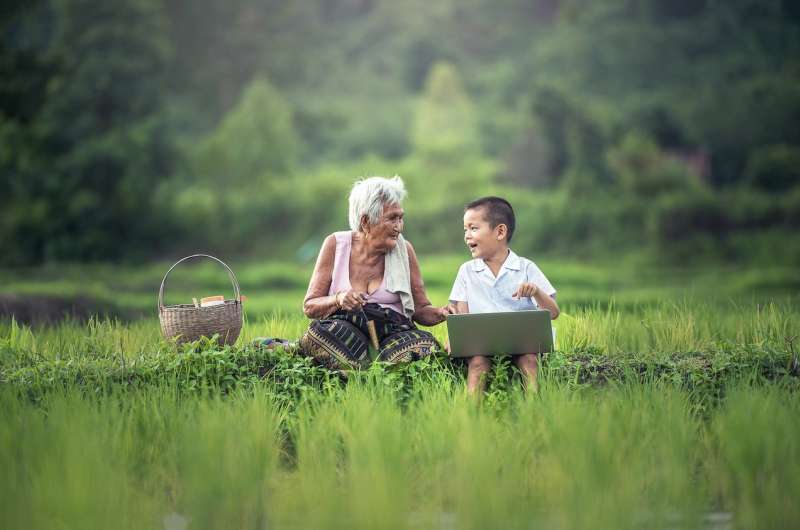 Many people lucky enough to have grown up with doting grandmothers know that they can burnish a child’s development in unique and valuable ways. Now, for the first time, scientists have scanned grandmothers’ brains while they’re viewing photos of their young grandchildren—providing a neural snapshot of this special, inter-generational bond.

Proceedings of the Royal Society B is publishing the first study to examine grandmaternal brain function, conducted by researchers at Emory University.

In contrast, the study found that when grandmothers view images of their adult child, they show stronger activation in an area of the brain associated with cognitive empathy. That indicates they may be trying to cognitively understand what their adult child is thinking or feeling and why, but not as much from the emotional side.

“Young children have likely evolved traits to be able to manipulate not just the maternal brain, but the grand maternal brain,” Rilling says. “An adult child doesn’t have the same cute ‘factor,’ so they may not illicit the same emotional response.”

Co-authors of the study are Minwoo Lee, a Ph.D. candidate in Emory’s Department of Anthropology, and Amber Gonzalez, a former Emory research specialist.

“I can relate to this research personally because I spent a lot of time interacting with both of my grandmothers,” Lee says. “I still remember warmly the moments I had with them. They were always so welcoming and happy to see me. As a child, I didn’t really understand why.”

It’s relatively rare, Lee adds, for scientists to study the older human brain outside of the problems of dementia or other aging disorders.

“Here, we’re highlighting the brain functions of grandmothers that may play an important role in our social lives and development,” Lee says. “It’s an important aspect of the human experience that has been largely left out of the field of neuroscience.”

Rilling’s lab focuses on the neural basis of human social cognition and behavior. Motherhood has been extensively studied by other neuroscientists. Rilling is a leader in researching the lesser-explored neuroscience of fatherhood.

“Evidence is emerging in neuroscience for a global, parental caregiving system in the brain,” Rilling says. “We wanted to see how grandmothers might fit into that pattern.”

Humans are cooperative breeders, meaning that mothers get help caring for their offspring, although the sources of that help vary both across and within societies.

“We often assume that fathers are the most important caregivers next to mothers, but that’s not always true,” Rilling says. “In some cases, grandmothers are the primary helper.”

In fact, the “grandmother hypothesis” posits that the reason human females tend to live long past their reproductive years is because they provide evolutionary benefits to their offspring and grandchildren. Evidence supporting this hypothesis includes a study of the traditional Hadza people of Tanzania, where foraging by grandmothers improves the nutritional status of their grandchildren. Another study of traditional communities showed that the presence of grandmothers decreases their daughters’ interbirth intervals and increases the number of grandchildren.

And in more modern societies, evidence is accumulating that positively engaged grandmothers are associated with children having better outcomes on a range of measures, including academic, social, behavior and physical health.

For the current study, the researchers wanted to understand the brains of healthy grandmothers and how that may relate to the benefits they provide to their families.

The 50 participants in the study completed questionnaires about their experiences as grandmothers, providing details such as how much time they spend with their grandchildren, the activities they do together and how much affection they feel for them.

They also underwent functional magnetic resonance imaging (fMRI) to measure their brain function as they viewed pictures of their grandchild, an unknown child, the same-sex parent of the grandchild, and an unknown adult.

The results showed that, while viewing pictures of their grandchildren, most participants showed more activity in brain areas involved with emotional empathy and movement, compared to when they were viewing the other images.

Grandmothers who more strongly activated areas involved with cognitive empathy when viewing pictures of their grandchild reported in the questionnaire that they desired greater involvement in caring for the grandchild.

Finally, compared with results from earlier study by the Rilling lab of fathers viewing photos of their children, grandmothers more strongly activated regions involved with emotional empathy and motivation, on average, when viewing images of their grandchildren.

“Our results add to the evidence that there does seem to be a global parenting caregiving system in the brain, and that grandmothers’ responses to their grandchildren maps onto it,” Rilling says.

One limitation to the study, the researchers note, is that the participants skewed towards mentally and physically healthy women who are high-functioning grandmothers.

The study opens the door to many more questions to be explored. “It would be interesting to also look at the neuroscience of grandfathers and how the brain functions of grandparents may differ across cultures,” Lee says.

An especially gratifying aspect of the project for Rilling was personally interviewing all the participants himself. “It was fun,” he says. “I wanted to get a sense of the rewards and challenges of being a grandmother.”

The main challenge many of them reported was trying not to interfere when they disagreed with the parents over how their grandchildren should be raised and what values should be instilled in them.