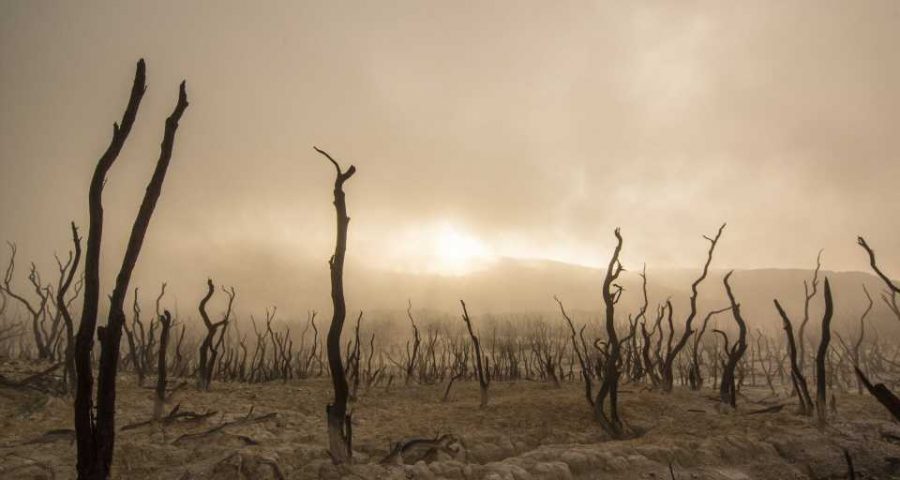 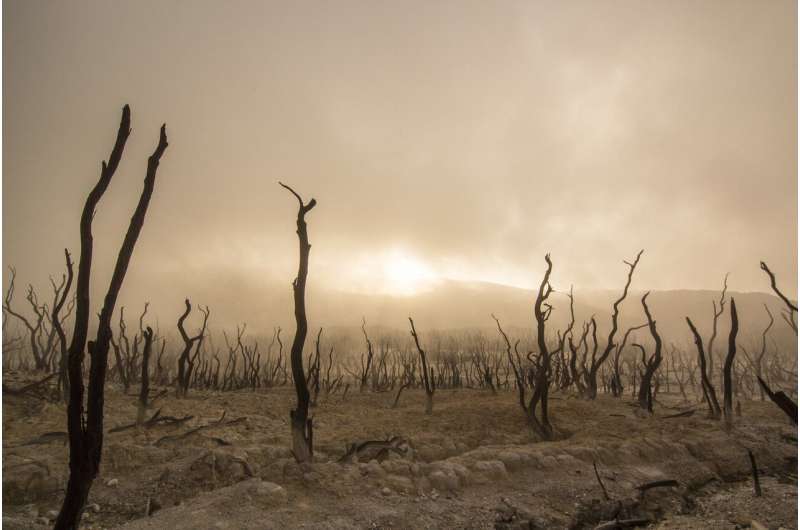 Over the last few years, we’ve seen that rising temperatures and extreme weather events can significantly affect the health of people around the world.

Whether its spikes in water-borne diseases during the floods in South Sudan, higher temperatures causing premature births in Australia or the bread crisis faced by families in Syria after another year of conflict and failing crops—almost every climate story is also a health story.

More than 4 in 10 people live in areas “highly vulnerable” to climate change according to the latest report from the UN Intergovernmental Panel on Climate Change (IPCC). Many are already experiencing some of the effects on health of climate change, and without urgent action these are set to get much worse.

How does climate change affect health?

Global heating is the long-term increase in average global surface temperatures caused by rising greenhouse gas levels in the atmosphere. Emissions from the fossil fuels we burn (like coal and oil) are the main cause of the dangerous rise in greenhouse gases.

This warming in turn heats the oceans and causes changes in the timing, geography and intensity of weather and climate events, as well as rising sea levels. We refer to this as climate change.

Extreme climate and weather events, such as droughts, floods and heatwaves, are increasing in severity and frequency across the world.

These changes are harming our health on a large scale.

Around a third of heat-related deaths are already attributable to climate change, and the number of extreme weather disasters driven by climate change has increased fivefold over the past 50 years, killing more than 2 million people.

Heat-related illnesses like heat stroke, heat exhaustion and chronic kidney disease are on the rise. While growing evidence is showing us the risks of extreme heat to maternal and neonatal health, mental health and chronic noncommunicable diseases, like asthma and diabetes.

The impact of these climate hazards on health does not end there. From the spread of infectious diseases due to flooding or warmer climates, to the disruption of food systems by extreme weather, the knock-on effects of climate change are felt everywhere and will hit the world’s most vulnerable populations hardest.

In many parts of the world, we are already seeing the effects of climate change on food systems and water supply.

Rising temperatures threaten water security by boosting evaporation, changing rainfall patterns, and causing snow to fall increasingly as rain. This can also create difficult conditions for many types of crop and livestock farming, with the yields of staple crops (that are the mainstay of diets around the world) like maize, rice, wheat and soybean continuing to follow a downward trend due to hotter temperatures.

Sudden losses of food production and access to food, paired with a decreased diet diversity are linked to increased rates of undernutrition in many communities. And warmer climates also provide an ideal environment for food and water-borne diseases to thrive.

If temperatures rise by more than 2°C, regions that rely on glacier and snowmelt could experience 20% decline in water availability for agriculture after 2050. In Asia alone, 800 million people rely on glaciers for freshwater.

These events will worsen as the world continues to warm, reversing years of progress in tackling the food and water insecurity that still affects the most underserved populations around the world.

Climate change is a major factor in the emergence of diseases in new parts of the world. The survival, reproduction, abundance and distribution of pathogens, vectors and hosts can be influenced by the changes associated with global heating.

Extreme weather events can result in the ideal conditions for infectious diseases, like cholera, to spread. And as global temperatures rise, diseases that were once confined to warmer regions are also expanding their range.

Many newly emerging infectious diseases arise in these tropical regions where the warm temperatures suit the lifecycles of both pathogen and vector. Vector-borne pathogens pose an increasing risk to human health. And now they’re on the rise.

For example, as the climate changes, mosquitoes, and the diseases they carry (like malaria, dengue, zika), could spread to and survive at higher latitudes and altitudes, while increased rainfall can also support the creation of sites for the vectors to breed. This will increase the proportion of the world exposed to these deadly diseases.

Climate change and higher temperatures are linked to an increase in allergens and harmful pollutants in the air we breathe. This can introduce a number of health risks:

These effects on air quality will not occur evenly around the world. For example, regions susceptible to drought are more likely to experience poor air quality due to smoke from wildfires or dust blown from soils, while cities may experience higher levels of air pollutants from transport and commercial combustion.

The impacts of global heating will disrupt every aspect of society—from the food we eat and cities we live in, to our jobs, exercise and politics.

It’s already happening. In 2020, 295 billion hours of potential work were lost due to extreme heat exposure and at least 7 million people were internally displaced by environmental disasters.

The complex physical and mental health impacts of these consequences are difficult to measure, often intertwined with countless other risk factors. However, as the world continues to heat up the risks from the direct and indirect hazards posed by the rising sea levels and climate change will become increasingly evident.

What increases the risk of climate-sensitive health threats?

Many of these health problems are not new, but are existing challenges and inequalities made worse by climate change.

And every small increase in global heating will result in increased risks.

Those most at risk are the people and places that are less able to adapt. Especially in low- and middle-income countries where access to healthcare is already restricted and resources available to mitigate or adapt to the risks are limited.

Cities will also be particularly vulnerable, as multiple hazards like extreme heat, air pollution and urban flooding coincide, often magnifying the damage. Around half the world’s population lives in urban areas, but these health impacts will be most concentrated amongst the economically and socially marginalized residents.

For example, a recent report found Delhi to be one of the world’s most vulnerable cities to climate change, with communities expected to face more severe heatwaves, extreme rainfall and urban flooding, while air pollution already causes almost one in five deaths in India.

The world must act quickly and decisively to avoid the worst impacts of climate on health.

We must transition from using fossil fuels to clean, renewable energy, stop deforestation and restore our natural habitats. The sooner we act to mitigate the impacts of climate change, the better off we’ll be in the future.

But mitigation alone will not be enough.

Even if we do manage to reduce emissions and meet global targets of zero emissions by 2050, the latest IPCC report published in March 2022 noted that many of the impacts of global warming are now “irreversible.” These changes will continue to affect our climate long into the future. So, to protect the health of populations into the future it is essential that we also adapt to ongoing climate change.

Action on adaptation has increased in recent years, but progress is uneven and slow. And at the moment, most climate funding is targeted at the essential task of reducing greenhouse gas emissions. Much more political and financial support is required to help populations around the world adapt to the ever-worsening effects of climate change.