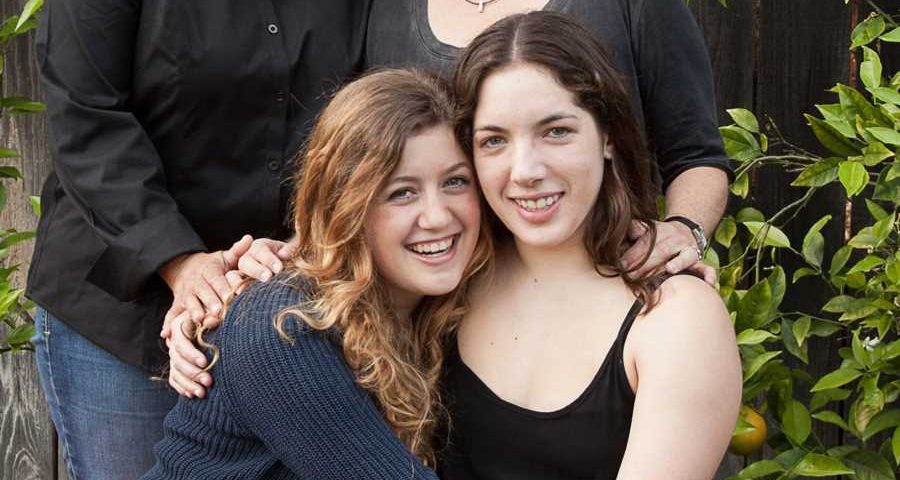 Dr. Kim Bergman is one of the foremost surrogacy experts who has helped thousands of people become parents — including Andy Cohen and Ryan Murphy — when they otherwise couldn’t. But it wasn’t a career that she ever expected to have.

Bergman is a psychologist, and in the mid 90s she had a busy practice with plenty to do. But she and her wife Natalie dreamed of starting a family.

“It was very unusual for LGBTQ people at the time, really at the time just LG people, to be having babies,” she tells PEOPLE. “No one really knew how to do it or what to do … I kind of consulted the so-called lesbian underground like, ‘What do you do? Who do you go to? Where do you get the sperm?’ ”

She and Natalie ended up finding a sperm donor, and each carried one of their daughters, Abby and Jenna, now 23 and 20. And in the process, Bergman met a prominent gay activist attorney who had a baby with an egg donor and surrogate. “No one would help him, so he cobbled it together and had a baby.”

His friend was also looking to have a child, and asked Bergman to help.

“About two weeks later he called and asked me if I would really come on and commit time. I did and it was amazing,” she says. “It kind of exploded. This was in LA in the ’90s. Gay men just came out of the woodwork wanting to have babies.”

In 1996, the same year that Bergman’s elder daughter Abby arrived, she had so many people coming to her for help having a child that she closed her psychology practice and co-founded Growing Generations, now one of the foremost surrogacy and assisted reproduction agencies in the world.

Bergman, whose book about her career and her advice on assisted reproduction, Your Future Family, comes out May 1,  now helps all kinds of people start their families — from LGBTQ hopeful parents to heterosexual couples unable to carry their children. And she’s amazed at how much the donor and surrogacy world has changed since then.

“It’s changed a lot,” she says. “there was no internet, there was no Google, Facebook, Instagram. You’d hear that there’s a lesbian somewhere five blocks away or something who just had a baby and we would all go, ‘Where? Who is it?’ We’d literally walk and knock on their door.”

“LGBTQ people are now expecting a much more traditional trajectory for their lives,” she says. “When I first started doing this, the mean age of our clients, the gay men who wanted to have babies, they were typically in their late forties. They had come out, they had thought, ‘I’ll never have kids.’ They tamped down the whole idea they might have kids. But when you really, really want to be a parent it doesn’t go away no matter what you try to do to suppress it. Now I’m meeting with people who are 28 and expect to get married and have kids and just follow the path. That’s a big change.”

“I’m grateful every day to get to be a part of it,” Bergman says. “This week has been a delivery, meeting new intended parents, a match meeting between an intended parent and a surrogate. A new match. New confirmed heartbeats on a pregnancy. That’s my week.”

And the best part, by far, Bergman says, is the babies.

“The look on the parent’s faces is just magical,” she says. “It’s the love that you see in their eyes. They want these children so much. They go to so much effort, so many people are involved to help them, and when they meet their child for the first time it’s just absolute magic.”

And as the person who helps them become parents, Bergman’s inbox and Facebook feed are filled with smiling photos of the kids as they hit every milestone, from first birthdays to Halloween to the first day of school.

“You can imagine, the first day of school there’s just hundreds of my clients posting and I’m friends with them on Facebook,” she says. “I really do feel like this weird, cosmic grandma to all these kids.”