Martin Roberts fights back tears as he returns to work

Taking to Twitter, Martin Roberts confessed: “I’m a bit worried. Just realised the taco seasoning I used tonight [July 26] was a bit past its ‘best before’ date.” The 59-year-old posted a picture of the seasoning packet, which was “best before” April 11, 2013 – which is nearly a decade ago! “Should I be concerned?” Roberts quipped. “Hell of a way to die after all I’ve been through.”

The father-of-one may have been referencing his emergency visit to A&E earlier on in the year. In April 2022, Roberts was rushed off to hospital as he experienced uncomfortable chest pains. Medics had to perform life-saving surgery to remove fluid that was constricting his heart muscle. Recalling the moment, Roberts said doctors plunged an “eight-inch needle” into his chest. 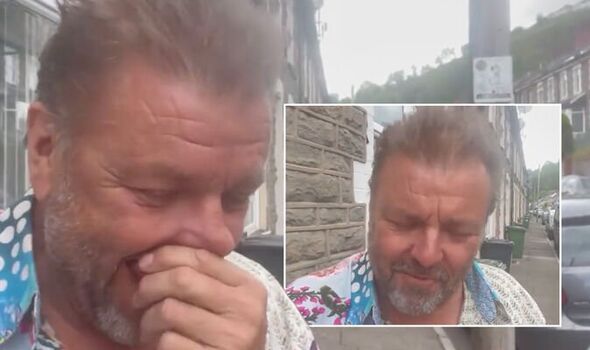 Roberts remembered: “I watched as they drew out syringe after syringe, after syringe, of this liquid. “I was awake for this, but I was a bit woozy. There was a tube that went in through my chest cavity, down into the sack around my heart.” He affirmed: “It’s the nearest thing to not being here that has ever happened to me.” In the interview with OK! Magazine, Roberts clarified what the health condition is.

“In my case, it turns to something called a cardiac tamponade, which is where it fills rapidly and starts strangling the heart,” he said. “And that’s… that’s the killer. It can result in death.” After a week in hospital, Roberts was discharged, but he had to undergo regular health check-ups following the procedure. Thankfully, him eating old seasoning months down the line was not going to lead to another hospital visit.

According to Healthline, dried herbs and spices “don’t truly expire or ‘go bad’ in the traditional sense”. Over time, seasoning loses its flavour, potency, and colour, but it’s unlikely to make you fall ill. A cardiac tamponade, on the other hand, is a very serious medical emergency. Experts at MedlinePlus explained that when fluid builds up between the heart muscle and the outer sac of the heart, pressure on the organ increases.

“This prevents the heart ventricles from expanding fully,” the experts noted; as such, the heart is unable to function properly. The symptoms of the medical emergency can include:

Other symptoms that may occur with this disorder: