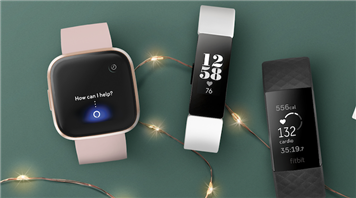 Earlier this month Google announced its plans acquire Fitbit for roughly $2.1 billion, shaking up the wearable industry, opening up a number of questions about exactly what lies ahead, and what an integration of the two companies looks like.

But the wearables company has long planted its roots in a handful of different markets and business strategies — consumer trackers, health plan partnerships, health coaching and more — and it would be surprising to see a Google-led iteration of the company abandon these efforts outright.

Prior to the acquisition MobiHealthNews sat down with Amy McDonough, SVP and general manager of Fitbit Health Solutions, to talk enterprise plans, evolving tech features and aging in place. And while the Fitbit has remained tight lipped about what this acquisition means for the wearable company, Fitbit told MobiHealthNews that each of these strategies are still relevant to the conversation.

Payers are front and center

It’s no secret Fitbit has been focusing on its enterprise offerings to health plans. In fact, during the most recent earnings call cofounder and CEO James Park announced that Fitbit Health Solutions — the enterprise health monitoring unit born of 2018’s Twine Health acquisition — continues to gain steam, bringing in $73 million in revenue this year, on track for the $100 million target (up 31% year over year).

One area that the company has been increasingly interested in is the Medicare population.

“We are continuing to deepen those integrations into healthcare and we are hearing from those health plans about new and great ways that they can integrate wearables and our solutions into their strategy,” McDonough said. “So, Medicare Advantage is a good example of that. We worked with UnitedHealthcare last year on Medicare Advantage program plans and I’m excited to say we have expanded that this year. So, it went from 42 plans to 59 plans this year. We are excited to continuing to see that.”

McDonough stressed that the wearable giant is looking to cater to a senior population. For instance, as part of this Medicare Advantage strategy, Fitbit added a community portal for seniors to connect about health.

But this isn’t the only wearable looking at the Medicare population. In October Devoted Health announced it will be offering Apple Watches to its members as a fitness benefit. The payer will be covering $150 of the cost of “wearable devices like an Apple Watch” per year alongside other fitness expenses such as workout classes, making it the first Medicare Advantage plan to do so.

Fitbit is also looking ahead at the value-based care question. In particular, McDonough said that Fitbit Care, a connected health platform for health plans, employers and health systems, fits into this strategy.

“When you look at the principals of value-based care and you think about what value-based care is intended to do, which is help improve healthcare outcomes in a cost-efficient and accessible way, and to do that by leading with proactive care, that is very much what our Fitbit Care solutions brings to market,” she said. “Fitbit Care is our solution that we bring to health solutions to our customers and partners that combines our wearables with digital expertise and guidance and programs and our digital health coaching.”

When it comes to working with the payer market, Fitbit has been aligning with not just private payers and insurers but also nations. In August it made a deal with Singapore’s Health Promotion Board (HPB) on a healthy population project in support of Singapore’s Smart Nation initiative. This marked Fitbit’s first major integration of a digital health platform and wearables into a national public health program.

“Ultimately, we are focused on payers and improving population health at scale. So the payer in each market is a little bit different; sometimes that is a nation states like in Singapore, where they are largely responsible for healthcare, sometimes that is with a private payer as the US system is set up,” McDonough said. “We think it is a great model that we hope others will follow, which is looking at heath holistically and helping enable that proactive health through tools and guidance.”

When Google finally acquires Fitbit, a move scheduled for early 2020, it will get not only the brand name but a slew of hardware- and software-enabled features including sleep tracking. It is also important to note that Fitbit’s main wearable competitor Apple is still without a sleep tracking feature, in part due to battery life constraints. With this in mind, McDonough said that Fitbit continues to prioritize sleep features.

“It’s something that is really important to our users, and we see they are looking [at] the trends in their data over time. We expect to be able to give you personalized insights and guidance based on your sleep metrics,” McDonough said.  “Meaning ‘Amy, on the days when you exercise an hour, you tend to get more sleep that evening or better sleep.’ I think that is a really personalized and an insight I could get over time.”

Another area where Fitbit has invested resources is women’s health, with the official launch of its menstrual cycle feature occurring in March 2018. Apple added a similar feature in the time since that also tracks periods and fertility windows, although here again Fitbit is confident in the data capture and analyses capabilities it has on offer.

“It is in the context of everything you are doing in your life and in your body. You are able to see it is not just another app or another experience,” she said. “We know a lot about your sleep during that period, your activity during that period, what you are eating if you are logging food, your heart rate, which is very varied based on your cycle. You are able to see all of that data in context, [and] in one place. Over time it will continue to get smarter and will continue to know more about you because you are able to see all of those things in a single experience. I think that is a big part of the value proposition.”