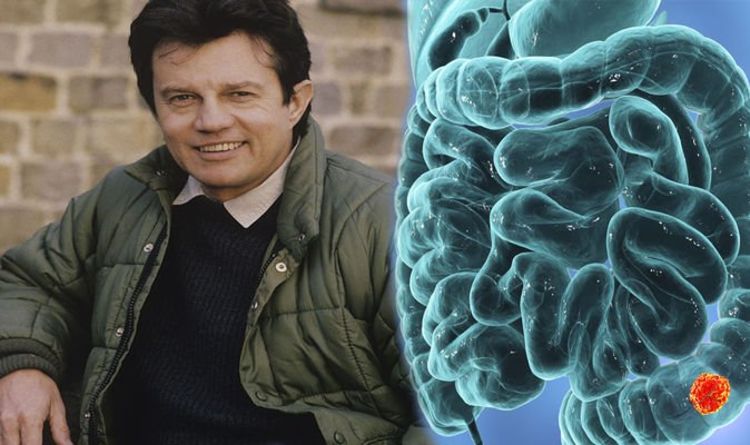 Former Emmerdale and Doctor Who star feared his battle with cancer would be one he’d ultimately lose. The star kept his diagnosis a secret from everyone for years, fearful those around him would treat him differently. Hines was diagnosed with bowel cancer back in 1999 after feeling unusually tired. He initially ignored the warning signs chalking it up to old age. Speaking about his initial conversation with the GP, Hines spoke to the Yorkshire Post and said: “The doctor said everything is fine, but over the next few months if you notice anything unusual about your stools, use this to take a sample and go to the doctors. The very next day I noticed the blood.

When you hear the word cancer it’s like swallowing a bowling ball, but everything also fell into place

“When you hear the word cancer it’s like swallowing a bowling ball, but everything also fell into place. I’d started having a quick nap on the sofa after breakfast.

“That wasn’t me, but I’d put it down to working too hard or just getting older. Obviously I wasn’t, I was exhausted because I had cancer.”

Bowel cancer is one of the most common types of cancers diagnosed in the UK.

The three main symptoms include persistent blood in the stools, a persistent change in bowel habits, and a pain or bloating in the lower abdomen.

Hines underwent an operation to try and remove the cancer. During the operation, doctors gave him just a 25 per cent chance of survival and discovered the cancer had spread beyond the bowel wall.

“I woke up and there were tubes in every orifice,” said Hines, whose had lost his brother to lung cancer aged 41.

“Part of me thought, right that’s it, life begins again right here, but the surgeon said, ‘You’re not out of the woods yet, it could attack your liver and kidney’. Let’s just say I didn’t start any long books.” 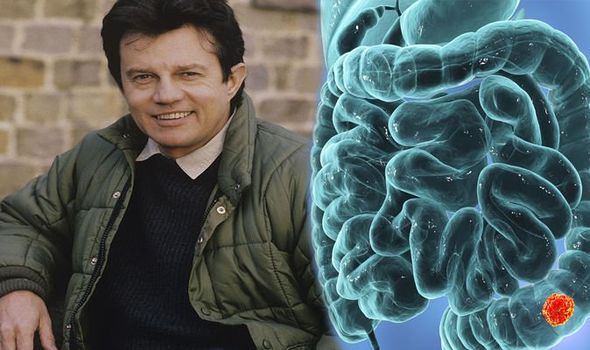 The NHS said of bowel cancer: “It’s not known exactly what causes bowel cancer, but there are a number of things that increase your risk.

“These include age, with almost 9 in ten cases of bowel cancer occurring in people aged over 60, a diet high in red or processed meats, weight, lack of exercise, drinking too much, smoking, and having a family history of cancer.

“Having a close relative who developed bowel cancer under the age of 50 puts you at a greater lifetimes risk of developing the condition; screening is offered to people in this situation, and you should discuss this with your GP.”

Hines underwent chemotherapy following the advise from his oncologist. “When people hear chemotherapy, they think my hair will out, my face will grey, but I have to say that wasn’t the case for me.

“There was another man who was having chemotherapy with me at the same time. Every morning we’d have a laugh and a joke, so much so that some of the other patients complained about us, but as the nurse said to them, ‘I wish you had the same outlook’.

“You have to see chemotherapy as the good stuff kicking out the bad. People deal with these things differently, but I didn’t give up.”

His positive attitude and fighting spirit paid off with Hines’ cancer put into remission. “I always said I’m not cured, I have not beaten cancer because there is always the risk it will come and bite you in the bum again.” 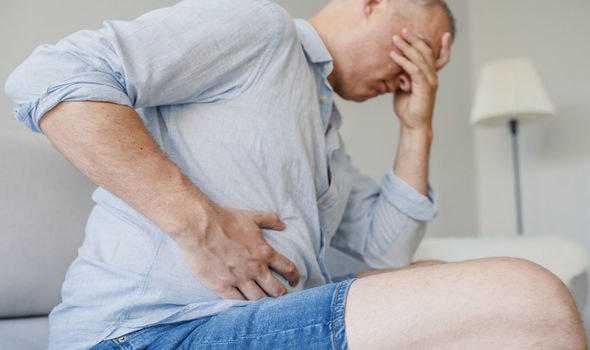 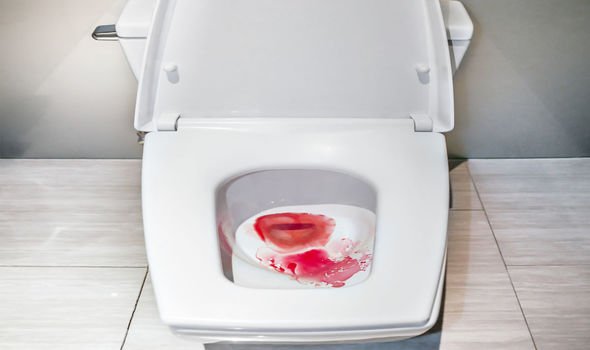 The first is to all men and women aged 60 to 74 who are invited to carry out a faecal occult blood test every two years and the second being an additional one-off test called bowel scope screening which is gradually being introduced in the UK.

If you suspect you or someone you know has any symptoms of bowel cancer it is important to speak with your GP about the possible cause.

Hines added: “Since my treatment I’ve heard about so many people who have had bowel cancer, but it’s still a subject no one really wants to talk about. I can understand that but if I can do anything to raise awareness and get people over the embarrassment factor then I will.

“As I tell people, ‘Would you rather a doctor take your trousers down once or the undertaker remove them forever?”