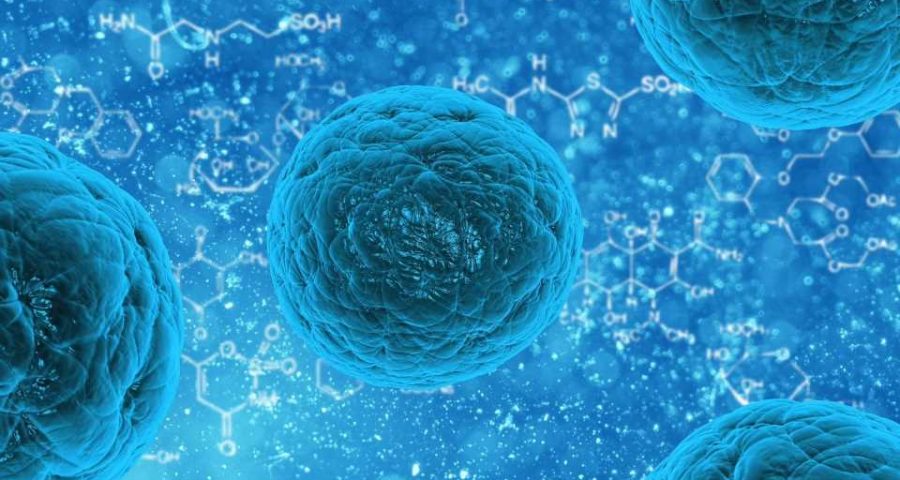 DNA usually forms the classic double helix shape discovered in 1953—two strands wound around each other. Several other structures have been formed in test tubes, but this does not necessarily mean they form within living cells.

Quadruple helix structures, called DNA G-quadruplexes (G4s), have previously been detected in cells. However, the technique used required either killing the cells or using high concentrations of chemical probes to visualise G4 formation, so their actual presence within living cells under normal conditions has not been tracked, until now.

A research team from the University of Cambridge, Imperial College London and Leeds University have invented a fluorescent marker that is able to attach to G4s in living human cells, allowing them to see for the first time how the structure forms and what role it plays in cells.

The study is published today in Nature Chemistry.

Rethinking the biology of DNA

One of the lead researchers Dr. Marco Di Antonio, who began the work at the University of Cambridge in the laboratory of Professor Sir Shankar Balasubramanian and now leads a research team in the Department of Chemistry at Imperial, said: “For the first time, we have been able to prove the quadruple helix DNA exists in our cells as a stable structure created by normal cellular processes. This forces us to rethink the biology of DNA. It is a new area of fundamental biology, and could open up new avenues in diagnosis and therapy of diseases like cancer.

“Now we can track G4s in real time in cells we can ask directly what their biological role is. We know it appears to be more prevalent in cancer cells and now we can probe what role it is playing and potentially how to block it, potentially devising new therapies.”

The team thinks G4s form in DNA in order to temporarily hold it open and facilitate processes like transcription, where the DNA instructions are read and proteins are made. This is a form of ‘gene expression’, where part of the genetic code in the DNA is activated.

G4s appear to be associated more often with genes involved in cancer, and are detected in larger numbers within cancer cells. With the ability to now image a single G4 at a time, the team say they could track their role within specific genes and how these express in cancer. This fundamental knowledge could reveal new targets for drugs that interrupt the process.

The team’s breakthrough in being able to image single G4s came with a rethink of mechanisms usually used to probe the working of cells. Previously, the team had used antibodies and molecules that could find and attach to the G4s, but these needed very high concentrations of the ‘probe’ molecule. This meant the probe molecules might be disrupting the DNA and actually causing them to form G4s, instead of detecting them naturally forming.

Dr. Aleks Ponjavic, now an academic in the Schools of Physics & Astronomy and Food Science and Nutrition at the University of Leeds, jointly lead the research in the laboratory of Professor Sir David Klenerman and developed the method of visualising the new fluorescent marker with microscopy.

He said: “Scientists need special probes to see molecules within living cells, however these probes can sometimes interact with the object we are trying to see. By using single-molecule microscopy, we can observe probes at 1000-fold lower concentrations than previously used. In this case our probe binds to the G4 for just milliseconds without affecting its stability, which allows us to study G4 behaviour in their natural environment without external influence.”

For the new probe, the team used a very ‘bright’ fluorescent molecule in small amounts that was designed to stick to the G4s very easily. The small amounts meant they couldn’t hope to image every G4 in a cell, but could instead identify and track single G4s, allowing them to understand their fundamental biological role without perturbing their overall prevalence and stability in the cell.