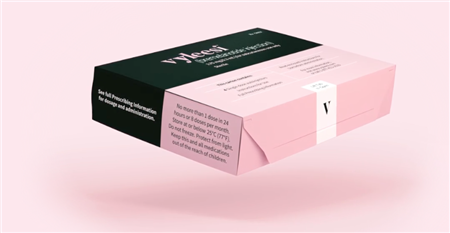 A new drug aimed at increasing women’s libidos will soon hit the market, the Food and Drug Administration announced.

Bremelanotide, to be marketed as Vyleesi, has been approved to treat hypoactive sexual desire disorder (HSDD) in premenopausal women, and the injectable drug will be sold by AMAG Pharmaceuticals, the FDA said.

HSDD affects approximately 10 percent of adult women, according to a January 2017 article published in the Mayo Clinic Proceedings medical journal. The condition, which is characterized by a low sexual desire, often leads to distress or interpersonal difficulty.

“There are women who, for no known reason, have reduced sexual desire that causes marked distress, and who can benefit from safe and effective pharmacologic treatment. Today’s approval provides women with another treatment option for this condition,” Hylton V. Joffe, M.D., M.M.Sc., director of the Center for Drug Evaluation and Research’s Division of Bone, Reproductive and Urologic Products, said in a statement.

Unlike Addyi, a once-daily pill introduced in 2015 to treat HSDD, Vyleesi, which activates melanocortin receptors, is injected into the abdomen or thigh 45 minutes before patients expect to engage in sexual activity.

Patients are advised not to use it more than once every 24 hours, or more than eight times per month.

The FDA said it put more than 1,200 women through two, 24-week trials, and found that 25 percent of patients who used Vyleesi reported an increase in sexual desire.

The most common side effect is nausea, which was reported in 40 percent of women, as well as vomiting, flushing, injection site reactions and headaches. Women with high blood pressure or cardiovascular disease should not take Vyleesi because the drug temporarily increases blood pressure.

While company officials told the New York Times that Vyleesi is expected to be covered under insurance in the same way Addyi and male erectile dysfunction drugs are, the cost has not been released.

“We’re obviously thrilled about being able to bring another option to patients,” Dr. Julie Krop, the chief medical officer of AMAG, told the Times. “These women have suffered significantly, pretty much in silence, for a stigmatized condition, and many of them have not known that it’s a treatable medical condition.”

The FDA said it first started focusing more on female sexual dysfunction as an area of high priority in 2012.