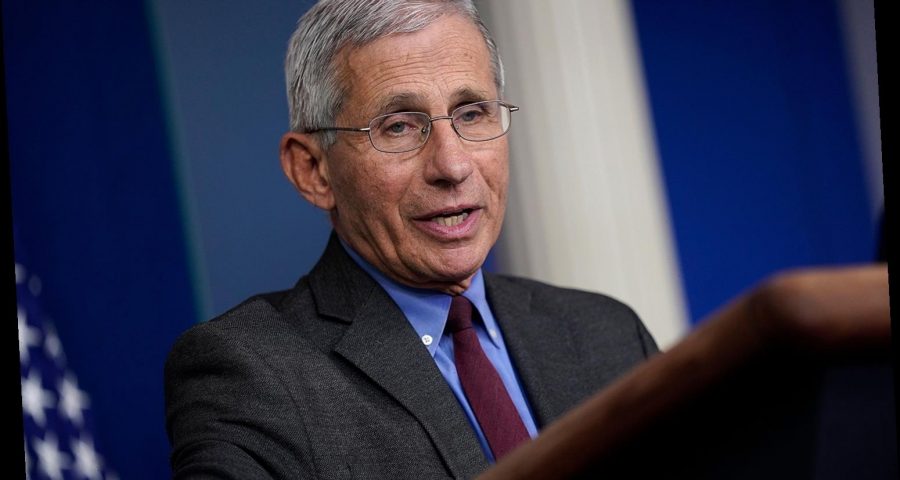 White House Coronavirus Task Force member Dr. Anthony Fauci said that the new Centers for Disease Control guidelines, which say that people who have been exposed to the virus do not need get tested if they are not showing symptoms, were agreed upon when he was undergoing surgery and unable to weigh in.

Fauci, the director of the National Institute of Allergy and Infectious Diseases, had surgery to remove a polyp on his vocal cords on Aug. 20, when the Task Force discussed changing the testing guidelines.

“I was under general anesthesia in the operating room and was not part of any discussion or deliberation regarding the new testing recommendations,” Fauci told CNN’s Dr. Sanjay Gupta on Wednesday.

The infectious disease expert said that he was “concerned” about the new guidelines, which may dissuade people who are asymptomatic or pre-symptomatic from getting tested for COVID-19.

“I am concerned about the interpretation of these recommendations and worried it will give people the incorrect assumption that asymptomatic spread is not of great concern. In fact it is," he said.

Research has shown that asymptomatic or pre-symptomatic cases are the cause of around half of COVID-19 transmission, making testing, even for people without symptoms, vital for slowing the spread.

Earlier on Wednesday, Admiral Brett M. Giroir, who was appointed by the Trump administration to lead the country’s COVID-19 testing, claimed that the entire Task Force, including Fauci, had agreed to the guideline changes.

“Yes, all the docs signed off on this before it even got to the task force level,” Giroir told reporters when asked specifically about Fauci, CNN reported.

Multiple sources told CNN and The New York Times on Wednesday that the new testing guidelines were the result of pressure from the Trump administration, and that the CDC did not write the guidelines themselves. A senior administration official denied those claims, telling PEOPLE that “no one was pressured. That is false.”

The new guidelines, published quietly on Monday, alarmed public health experts. The guidelines had said that testing is “recommended” for close contacts of a person with a confirmed case of COVID-19, “because of the potential for asymptomatic and pre-symptomatic transmission.” The revised version now says that people who have been exposed to a COVID-19 case for at least 15 minutes but are not showing symptoms “do not necessarily need a test unless you are a vulnerable individual or your health care provider or State or local public health officials recommend you take one.”

The new guidelines are in line with President Donald Trump's repeated requests for less COVID-19 testing. In July, after more than a month of soaring case numbers and a record high of 75,500 new infections in one day, Trump incorrectly stated that the number of new cases would go down with less testing, and said that the number of tests "makes us look bad."

New cases of COVID-19 are on the decline in the U.S. after two months of soaring rates of infection, but the country still has the highest caseload in the world. On Wednesday, there were 44,934 new cases of COVID-19 in the U.S., and 1,193 deaths, according to the Times. Since February, more than 5,837,800 Americans have tested positive for the virus and at least 179,604 people have died.

As information about the coronavirus pandemic rapidly changes, PEOPLE is committed to providing the most recent data in our coverage. Some of the information in this story may have changed after publication. For the latest on COVID-19, readers are encouraged to use online resources from CDC, WHO, and local public health departments. PEOPLE has partnered with GoFundMe to raise money for the COVID-19 Relief Fund, a GoFundMe.org fundraiser to support everything from frontline responders to families in need, as well as organizations helping communities. For more information or to donate, click here.