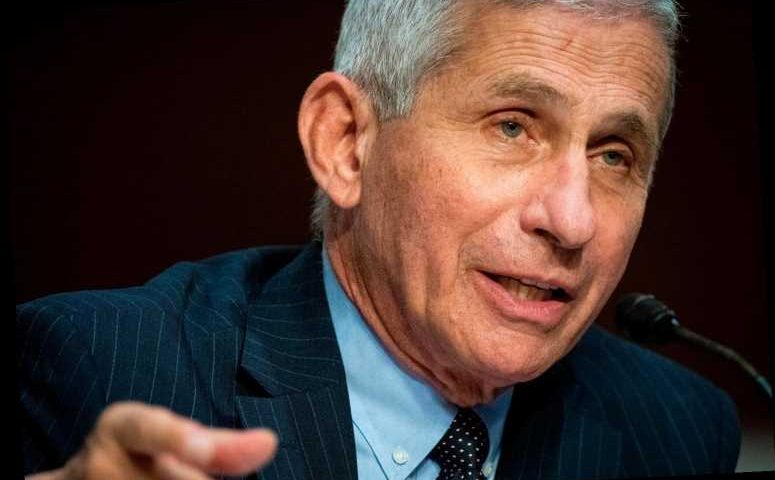 For the first time in months, the rate of COVID-19 cases in the U.S. is on the decline. But Dr. Anthony Fauci is warning Americans not to get "complacent," and to continue with safety measures — especially now that a faster-spreading strain is circulating throughout the country.

After nearly three months of skyrocketing infections, new cases have declined by 33% over the last two weeks, to an average of 170,559 a day as of Jan. 24. Still, that number is more than double the case totals from the past spike over the summer, and five times that of the initial rise in infections back in March. Speaking Monday on Today, Fauci, the director of the National Institute of Allergy and Infectious Diseases and chief medical advisor to President Joe Biden, said that the dip is "just a natural peaking and then plateauing and coming down" after the holiday season.

Fauci also said that the decline in cases is unrelated to the nation's vaccination effort.

"The number of vaccines that we've gotten into the arms of people is a good start — we want to keep going, get a lot of people vaccinated — but I don't think the dynamics of what we're seeing now with the plateauing is significantly influenced, yet — it will be soon — but yet by the vaccine," he told Today co-host Savannah Guthrie.

Fauci added that the decline in cases is not a reason to loosen up safety precautions and urged Americans to continue to wear masks, stay home and practice social distancing.

"We don't want to get complacent and think, 'Oh, things are going in the right direction, we can pull back a bit,' because we do have circulating in this country, a variant from the U.K. that's in over 20 states right now," he said, referencing the B.1.1.7 strain that was first found in the United Kingdom that has been found in 195 cases in the U.S. as of Jan. 22. "That is a variant that has a better capability of being transmitted more efficiently from person to person."

"There's good news, but there's also sobering news," he continued. "The good news is what you said, that we seem to be plateauing. The sobering news is that we cannot bring our guard up and lose the intensity of being able to use the public health measures to prevent the further spread."

Fauci also discussed the other highly-contagious strain from South Africa, which is worrying scientists and led Biden to ban travel from the country to the U.S. on Monday.

"We are more concerned about the South Africa strain right now," he said, before adding that the two FDA-approved vaccines from Pfizer and Moderna will still work against the two strains. "There's enough cushion with the vaccines that we have that we still consider them to be effective against the U.K. strain and the South Africa strain," he said. "But we don't want to take that lightly, because these things continue to evolve. But I don't want people to think at this point that the vaccines are not effective against them, they are."

With the U.K. strain now circulating in the U.S. and concern that the South Africa strain will soon be in the country, Fauci agreed with other scientists who have encouraged people to start double-masking with two layers to prevent infection.

"It likely does [work], because this is a physical covering to prevent droplets and virus from coming in. You put another layer on, it just makes common sense that it would be more effective," he said.

As information about the coronavirus pandemic rapidly changes, PEOPLE is committed to providing the most recent data in our coverage. Some of the information in this story may have changed after publication. For the latest on COVID-19, readers are encouraged to use online resources from the CDC, WHO and local public health departments. PEOPLE has partnered with GoFundMe to raise money for the COVID-19 Relief Fund, a GoFundMe.org fundraiser to support everything from frontline responders to families in need, as well as organizations helping communities. For more information or to donate, click here.