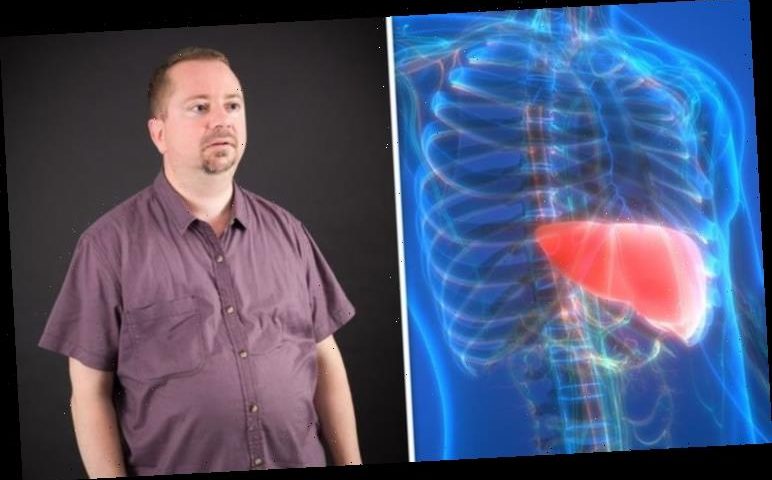 Non-alcohol related fatty liver disease is caused by excess triglycerides – a type of fat. If you’re carrying too much fat in your liver, fluid build-up can become physically visible. The British Liver Trust stated: “There should be little or no fat in a healthy liver.” In the early stages of the condition, known as steatosis, no inflammation or scarring occurs.

During this stage, there are hardly any noticeable symptoms aside from discomfort in the liver area and tiredness.

However, when scarring of the liver occurs (called steatohepatitis), the condition can progress to fibrosis and cirrhosis.

Cirrhosis causes irreversible damage to the liver, which can cause symptoms years down the line.

Fluid build-up in the lining of the abdomen can be visible as a swollen stomach; this swelling in the abdomen is known as ascites.

“This can happen slowly over weeks or months,” said the charity, but requires urgent medical attention. 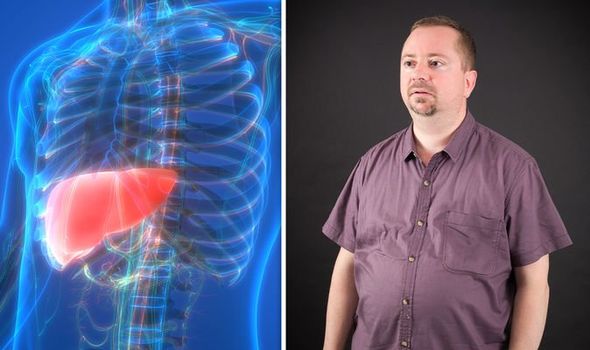 Pain in the tummy area, as well as swelling, can be indicative of an infection.

Swelling may also occur in the legs, ankles or feet, known as “peripheral oedema”.

Another troubling symptom of fatty liver disease is jaundice – yellowing of the eyes and skin.

The yellow colour is caused by bilirubin, a by-product of the breakdown of old red blood cells.

When bilirubin circulates in the bloodstream, its yellow colour can be reflected in the whites of the eyes and the skin.

A person with fatty liver disease may bruise easily, and their urine may be dark.

There may be periods of confusion or poor memory for the person affected by later stages of the condition.

People may also experience pruritus, which is the itching of the skin. 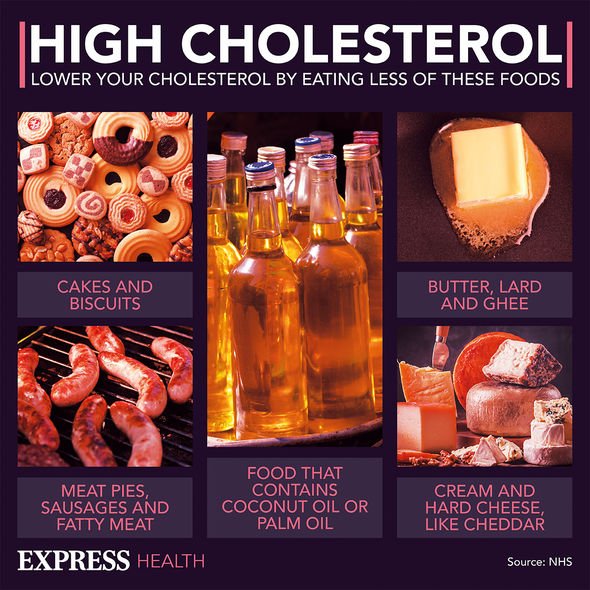 Internal bleeding due to liver damage is often marked by “very dark to black tarry faeces”.

Another indication of internal bleeding is vomiting blood – i.e. haematesmesis.

“Having either of these symptoms will need urgent medical attention,” added the British Liver Trust.

Extensive scarring of the liver causes pressure to build up in the vein that carries blood to the liver from the gut.

This is because blood can’t easily flow through the liver anymore, causing extensive pressure in the portal vein.

When this happens (known as portal hypertension), blood travels through veins – known as varices – in the oesophagus and stomach.

A routine blood test can identify early stages of a fatty liver, which is highly recommended to avoid later stages of the condition.