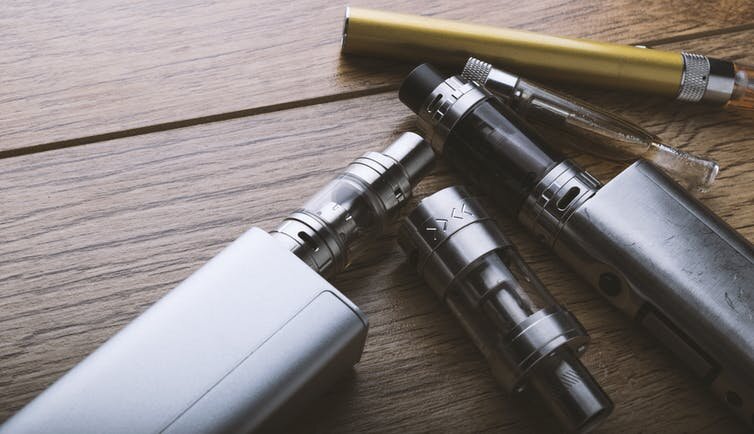 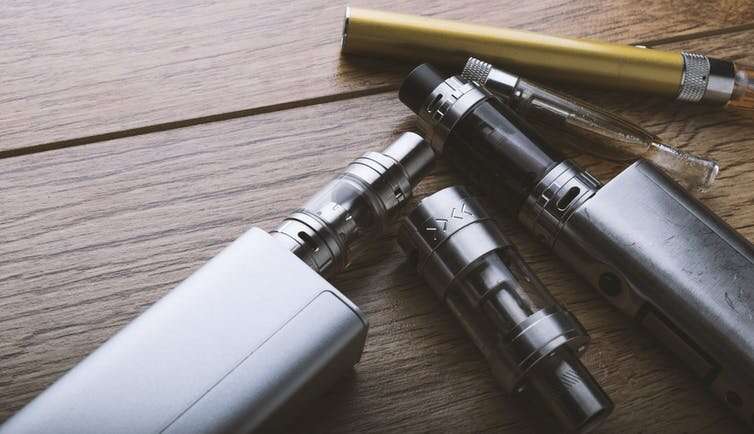 More than 2,000 people in the United States have developed serious lung damage in a poisoning outbreak associated with the use of vaping devices this year. At least 39 people have died from the condition.

Most of those affected are young men. Their symptoms, which developed over a few days to several weeks, included cough, shortness of breath, chest pain, nausea, vomiting, abdominal pain, diarrhea, fever, chills, and weight loss.

The United States Centers for Disease Control and Prevention (CDC) has recently named this combination of symptoms—”e-cigarette or vaping product use associated lung injury,” or EVALI.

Importantly, it has now implicated vitamin E acetate, an ingredient added to illicit cannabis vaping liquids, as the most likely cause of EVALI.

1. What EVALI is and how it’s diagnosed

To be classified as EVALI, cases have to satisfy the following criteria:

2. Why this new diagnosis was needed

When investigating the causes of an outbreak like this, it’s important to have a clear definition that determines who is and who is not likely to be part of the outbreak.

For example, some people who vape may develop similar symptoms from other lung conditions unrelated to vaping (for example, they may have influenza, or chronic obstructive pulmonary disease due to a history of cigarette smoking).

If these people were included as outbreak cases it would be more difficult to identify the cause of EVALI.

3. The cause of EVALI

Cases have followed a typical acute outbreak pattern, with most occurring over a number of months. The peak was in September this year when 463 cases were admitted to hospitals.

This pattern indicates EVALI is a form of acute poisoning, rather than a condition that has developed from chronic vaping over many years. It’s most likely there’s something new in vaping products used by these patients that’s caused the spike in lung injuries.

Most people with EVALI have either admitted using, or later been found to have vaped products containing tetrahydrocannabinol (THC), the major psychoactive ingredient in cannabis. They have typically purchased these products from illicit sources.

The CDC tested fluid samples collected from the lungs of 29 EVALI cases and found all samples contained vitamin E acetate.

One theory is the oil may be the direct cause of the lung injury, because some of these patients have been diagnosed with lipoid pneumonia (lung inflammation associated with oil inhalation). However, it increasingly looks like a chemical formed from the vitamin E acetate may be causing the toxicity. Research is continuing to test this hypothesis.

It appears increasingly unlikely standard commercially produced nicotine vaping products are a cause of EVALI.

4. How EVALI can be treated

Many patients with EVALI have developed a severe illness that requires hospitalization. In the most serious cases, treatment has involved intubation and mechanical ventilation because the patient cannot breathe on their own.

Most patients have been treated with corticosteroids to reduce the inflammation on the lungs. Antiviral and antibiotic medicines may also be given on a case-by-case basis.

EVALI patients are strongly advised to avoid vaping and cigarette smoking, so treatment may be needed to address dependence on nicotine and/or cannabis, such as behavioral support and non-inhaled nicotine replacement therapies like nicotine gum and patches.

5. How you can avoid EVALI

The US authorities recommend consumers do not use any cannabis or THC vaping products, especially those purchased illegally.