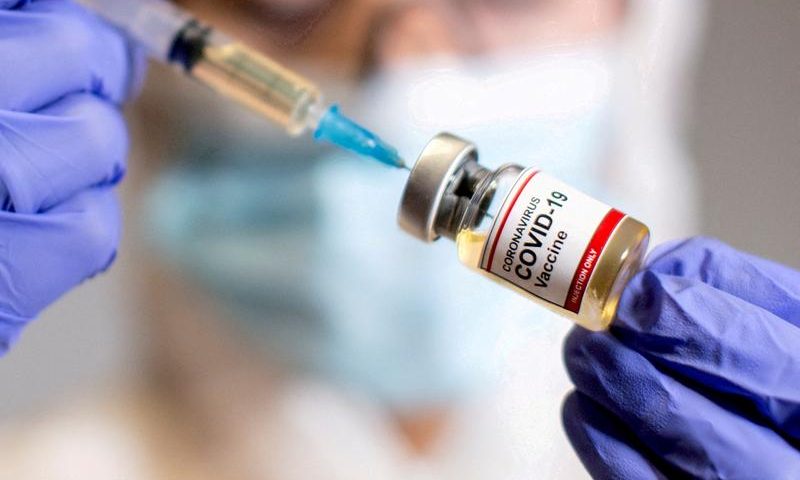 FILE PHOTO: A woman holds a small bottle labelled with a “Coronavirus COVID-19 Vaccine” sticker and a medical syringe in this illustration taken October 30, 2020. REUTERS/Dado Ruvic

LONDON (Reuters) – The European health regulator on Thursday endorsed the use of AstraZeneca’s COVID vaccine, Vaxzevria, as a booster.

The recommendation, made by a committee of the European Medicines Agency (EMA), encompasses adults who have either been previously vaccinated by Vaxzevria or an mRNA vaccine, such as the ones made by Pfizer and BioNTech or Moderna.

The recommendation comes weeks after the EMA backed the use of Pfizer-BioNTech’s Comirnaty as a booster for adults who have previously been inoculated with other vaccines.

Vaccine makers, including Pfizer and Moderna, have indicated that most vaccinations this year will be booster shots, or first inoculations for children, which are still gaining regulatory approvals around the world.

It is unclear how many boosters will be needed globally, and many developed countries have already begun to roll them out. In some countries, even second booster campaigns for some high-risk groups have begun.

Meanwhile, vaccine makers are also developing variant-specific vaccines. Earlier this month, the EMA said it hoped to have vaccines adapted to address coronavirus variants, such as Omicron, approved by September.

Although Vaxzevria was AstraZeneca’s second best seller last year, it has struggled to compete with mRNA rivals. In late April, AstraZeneca CEO Pascal Soriot asserted that the shot still had a role in fighting the pandemic.

“We believe this vaccine still has a potential, it’s very easy to administer and distribute,” he said. “The volume in the future will be less because people probably will only need one booster per year and not everybody will take it.”

About half of all EU citizens are fully vaccinated and boosted, while 15% of those over 18 have not received even one vaccine shot, said Marco Cavaleri, the EMA’s head of biological health threats and vaccines strategy, on May 5.