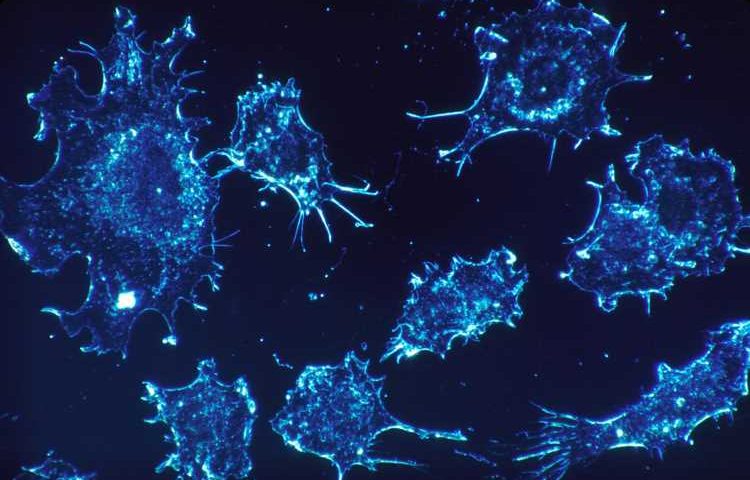 Researchers at The University of Texas MD Anderson Cancer Center have developed a new approach to quantify tumor-specific total mRNA levels from patient tumor samples, which contain both cancer and non-cancer cells. Using this technique on tumors from more than 6,500 patients across 15 cancer types, the researchers demonstrated that higher mRNA levels in cancer cells were associated with reduced patient survival.

The study, published today in Nature Biotechnology, suggests this computational approach could permit large-scale analyses of tumor-specific total mRNA levels from tumor samples, which could serve as a prognostic biomarker for many types of cancers.

“Single-cell sequencing studies have shown us that total mRNA content in cancer cells is correlated with biological features of the tumor, but it’s not feasible to use single-cell approaches for analyzing large patient cohorts,” said corresponding author Wenyi Wang, Ph.D., professor of Bioinformatics & Computational Biology. “With this study, we propose a novel mathematical deconvolution technique to study this important biological feature of cancer at scale, using widely available bulk tumor sequencing data.”

Whereas single-cell sequencing approaches can profile thousands of individual cells from a sample, bulk sequencing generates an overall picture of the tumor across a larger number of cells. Because a tumor sample contains a diverse mixture of cancer and non-cancer cells, additional steps are required to isolate the cancer-specific information from bulk sequencing data.

To develop their deconvolution tool, the research team started by analyzing single-cell sequencing data generated from 48,913 cells across 10 patients with four different cancer types. Pooling this data, as it would be in a bulk sample, allowed them to identify differences in total mRNA levels between cancer and non-cancer cells, motivating further examination of these differences in bulk tumors.

Upon validating their approach with cancer cell lines, they quantified total tumor-specific mRNA levels using bulk sequencing data from 6,580 patient tumor samples across four large cohorts. Because bulk sequencing has been used routinely for years, the researchers were able to compare total mRNA levels with long-term clinical data available for these patients.

In a pan-cancer analysis, they demonstrated that higher total tumor-specific mRNA levels were correlated with reduced progression-free survival and overall survival.

Interestingly, the study found that the correlation may depend on the stage of cancer. In certain cohorts, looking at specific stages of cancer showed high total mRNA levels were instead associated with improved outcomes. Because there are different treatment regimens for early- and late-stage cancers, the authors suggest that total mRNA levels have the potential to be useful in predicting both prognosis and response to some treatments.

The findings must be confirmed with larger prospective trials, but the researchers suggest that tumor-specific total mRNA levels could be adapted into a prognostic biomarker to stratify high-risk patients and guide treatment selection.