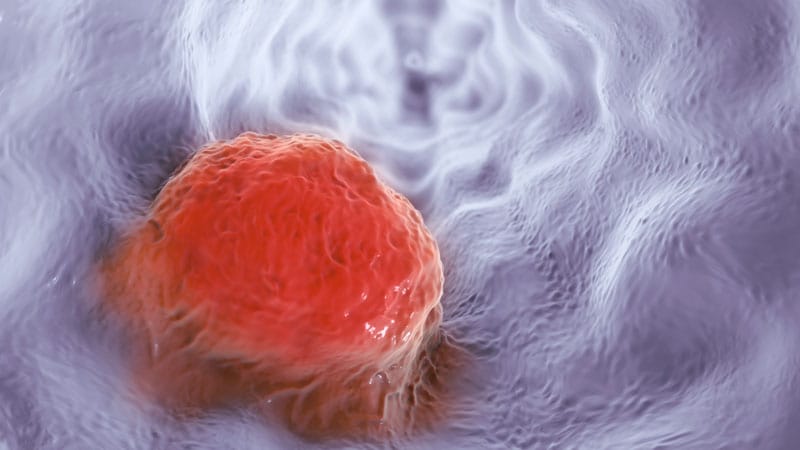 Findings were published in a final 10-year report from the United Kingdom National Halo Radiofrequency Ablation Registry and in Gastrointestinal Endoscopy. Because RFA has been used in mainstream clinical practice only since 2005, long-term data of more than 5 years has been lacking.

Multiple studies have shown that RFA is effective in preventing esophageal cancer, but data have been lacking on how long RFA is effective in preventing esophageal adenocarcinoma in patients with dysplastic Barrett’s esophagus (BE). A significant number of patients with dysplastic BE do not initially have visible lesions. For instance, the U.S. RFA Patient Registry reported an average 2.7-year follow up of 4,982 patients, but only 1,305 had dysplasia, the authors of the U.K. report note.

“It is well-established that endoscopic treatment of dysplastic BE is initially successful in up to 90% of patients,” the authors wrote. “What is less well understood is how long that benefit lasts and if this contributes to a substantial reduction in progression to cancer.”

Researchers prospectively gathered data from 2,535 patients from 28 U.K. specialist centers who underwent RFA therapy for BE (average length 5.2cm, range 1-20 cm). Among the group, 20% had low-grade dysplasia, 54% had high-grade dysplasia, and 26% had intramucosal carcinoma.

They looked at rates of invasive cancer and analyzed data for 1,175 patients to assess clearance rates of dysplasia (CR-D) and intestinal metaplasia (CR-IM) within 2 years of starting RFA, then looked at relapses and rates of return to CR-D and CR-IM after more therapy.

“Our study confirms durable reversal of dysplasia and BE with RFA, which reduces cancer risk by more than 90% compared to historical control data of 6-19% per annum,” the authors wrote.

Despite advances in diagnosis and treatment for esophageal adenocarcinoma, there has been only small improvement in 5-year survival over the past 40 years, the authors note. Meanwhile, the incidence of continues to rise in the Western world.

Surgery removing the esophagus and lymph node clearance had been the standard for high-grade dysplasia, the authors wrote. It is still the intervention of choice for patients with locoregional disease, but it comes with high morbidity and mortality rates.

This has spurred researchers to look for a minimally invasive solution focused on organ preservation to treat early disease and avoid surgical side effects but also to deliver a cure, according to the authors.

Shria Kumar, MD, assistant professor in the Division of Digestive and Liver Diseases at University of Miami Miller School of Medicine, told this publication, “Endoscopic ablation of dysplasia or intramucosal cancer is a mainstay of Barrett’s treatment.”

She noted the importance of the 10-year time period as the initial studies that established ablation evaluated outcomes within 1-3 years, and more recent data shows 5-year favorable outcomes.

Citing a study from the New England Journal of Medicine, Kumar said, “The present study’s cohort developed cancer at rates similar to one of the earlier U.S.-based cohorts of Barrett’s patients, suggesting that we can draw some parallels.”

She pointed out notable characteristics in the U.K. cohort: “The majority of participants were male and Caucasian; 80% of had high-grade dysplasia or early cancer upon enrollment and long-segment Barrett’s.”

That difference is important when thinking about how this applies to a more diverse U.S. population, she said, or even patients who don’t have high-grade dysplasia or early cancer when they enroll.

Kumar said this may be attributable to differences in the way pathologists practice in the two countries or in endoscopists’ treatment patterns. U.S. guidelines agree that ablation can be used in select persons with low-grade dysplasia, she said, but it’s an area that needs further study.

“Overall, though, this is a really important study of real-time data showing that ablation is impacting cancer rates in a positive way and that in select patients, we can really decrease the risk of invasive cancer by endoscopic eradication therapies,” Kumar said.