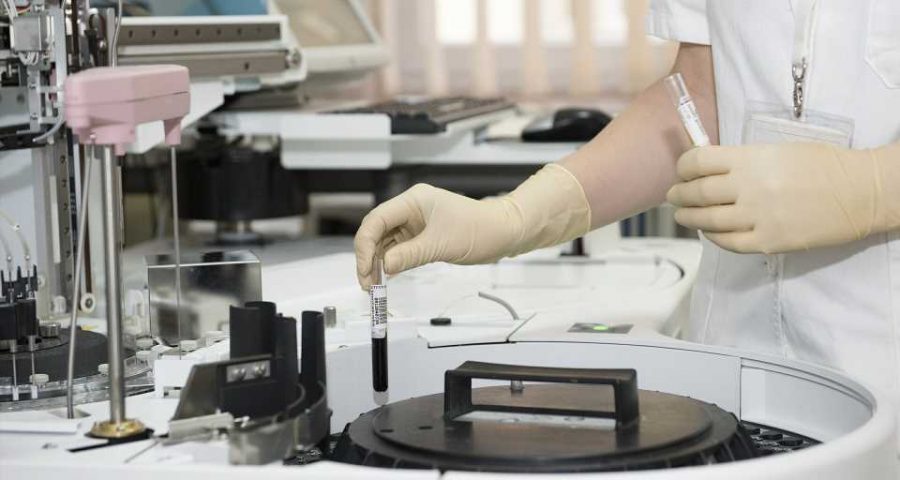 As the U.S. takes early “social distancing” steps, a Harvard epidemiologist is urging the nation to walk away faster, saying there’s danger in ambling down a path similar to Italy, where three coronavirus cases four weeks ago blossomed into 10,000, leading to more than 600 deaths, an overstressed health care system, and a land shuttered.

Epidemiology Professor Marc Lipsitch, head of the Center for Communicable Disease Dynamics at the Harvard T.H. Chan School of Public Health, called the pace of coronavirus testing in the U.S. “utterly inadequate” and “a debacle” that robs public health officials of information crucial to devising an effective response and protecting health care workers. Testing has been so slow that no one knows the extent of the U.S. epidemic, though scientists guess at somewhere between “tens of thousands and hundreds of thousands” of cases.

With COVID-19 cases thought to double every five to seven days, their spread can occur rapidly, and it is critical that steps taken so far—canceling business meetings, working from home when possible, moving college classes online, postponing conferences—become more widespread, before circumstances become critical.

“The situation we should be worrying about is the situation four weeks from now, not the situation now,” Lipsitch said. “That’s hard for people to get their heads around, but it’s really important.”

While questions exist about the virus’ transmissibility outdoors versus indoors, the crowds at gatherings such as St. Patrick’s Day parades, the Boston Marathon, and the Indy 500 auto race call into question whether even those signature events should be held. Officials already have canceled Boston’s St. Patrick’s parade.

“We need to err on the side of caution at this point,” Lipsitch said.

Lipsitch made his comments during a media conference call Wednesday even as the World Health Organization declared the spread of the coronavirus a pandemic, with 118,000 reported cases in 113 countries. Though the majority of those cases and deaths are in China, spread of the virus in that nation has slowed dramatically while numbers mount in other countries. The most rapid recent increase has been in Italy, which reported 977 new cases and 168 new deaths Wednesday.

Lipsitch said that as U.S. cases mount, the public health strategy is shifting from one of containment—where each individual case is investigated and contacts traced to prevent additional infections—to mitigation, where emphasis shifts to large-scale social distancing.

With a vaccine at least a year away—and Lipsitch expressed skepticism that one can be devised even in that time frame—social distancing’s aim is to keep the peak number of cases at a level the health care system can handle. He offered the example of the epidemic’s peak in the Chinese city of Wuhan, where the illness originated and where the number of intensive-care beds needed per capita was the equivalent of that across the U.S. health care system.

“We have about 2.8 intensive-care beds per 10,000 adults in the U.S., and that was the number of critical cases in Wuhan on the highest day,” Lipsitch said.

That peak occurred 3.5 to four weeks after control interventions were put into place. In the city of Guangzhou, where steps were taken early in the epidemic’s spread, the peak number of beds was just one-hundredth of the level in Wuhan, Lipsitch said.

In the U.S., it is critical that such steps be taken everywhere unless testing is widespread enough that officials have a good idea of who is sick and who is not, Lipsitch said. Places like movie theaters, houses of worship, and other public venues should be closed, he suggested. Unless needed to protect “life and limb,” meetings of large groups should be canceled. He cited the recent local meeting of 175 people at the biotech firm Biogen, which has resulted in 70 COVID-19 cases so far.

“There’s a real danger of accelerating the epidemic if you have a large number of people together,” Lipsitch said, acknowledging that each of these containment actions will have a cost, but that “the goal is to minimize the number of contacts between people.”

A more difficult choice, he said, is whether to close schools. School-based programs like free and reduced-price lunches are important to many schoolchildren’s health, and masses of kids home from school would make it difficult for parents to work. He called the decision an “agonizing” balance between those societal goods and the danger that children will contract and transmit the virus.