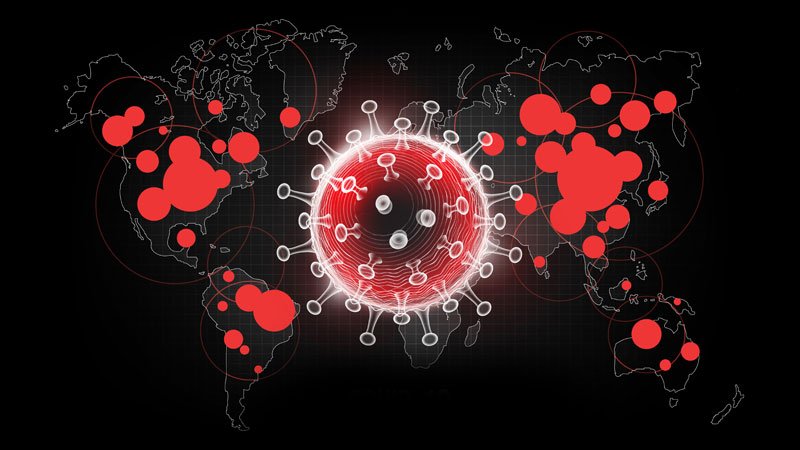 These are the global coronavirus stories you need to know about this week.

The Oxford/AstraZeneca (AZ) COVID-19 vaccine is “safe and effective” overall and the benefits outweigh the risks observed with blood clotting, the European Medicines Agency (EMA) announced on Thursday. There were seven reports of disseminated intravascular coagulation, and 18 cases of cerebral venous sinus thrombosis. Emer Cooke, EMA executive director, said that based on the evidence available, “we still cannot rule out, definitively, a link between these cases and the vaccine.”

More than a dozen EU countries paused AZ vaccination due to the clotting concerns. France, Germany, and Italy said vaccination would now resume.

Wednesday marked 100 days since the start of the UK’s vaccination programme. More than 25 million people have now had a first dose of a coronavirus vaccine, half the adult population. However, the NHS has warned of a “significant reduction” in vaccine supplies next month. The UK ‘s medicine regulator MHRA, and vaccine advisers, JCVI, issued statements supporting continued use of the Oxford/AstraZeneca vaccine despite blood clotting concerns. “The UK has administered 11 million doses of the AstraZeneca vaccine and there has been no demonstrable difference in the number of blood clots since the vaccine was introduced,” said JCVI’s Professor Anthony Harnden. Prime Minister Boris Johnson said he’ll be vaccinated soon and it will “certainly be [the] Oxford/AstraZeneca jab”.

Germany paused AstraZeneca vaccination following a recommendation from the federal regulatory agency (Paul-Ehrlich-Institute). It cited seven cases of cerebral venous sinus thrombosis in connection with thrombocytopenia and bleeding after vaccination. Women between 22 and 48 years were those mainly affected, and three patients died. A meeting to plan vaccinations by GPs was also postponed. COVID-19 incidence is steadily increasing and the UK/B.1.1.7-variant is becoming more dominant, making up more than half of cases. The German association of intensive care doctors is demanding stricter lockdown rules.

In France, cases are rising in some areas and additional restrictions are being put in place in affected regions. A new variant of SARS-CoV-2 (derived from Clade 20C), which is not detected by PCR tests, has been detected in Brittany. France suspended AstraZeneca vaccination pending the European Medicines Agency (EMA) announcement. Some doctors say even a temporary suspension will  have long-term consequences for vaccine uptake.

In Portugal, the General Directorate of Health (DGS) reported pressure on hospitals is continuing to fall, although there was a slight increase in the R number from 0.83 to 0.84. As of Wednesday, disease incidence is 90.3 cases per 100,000 population. The use of masks in the street will continue to be mandatory until at least July. Plans to loosen restrictions will be revised if the country exceeds 120 new daily cases per 100,000 inhabitants over a fortnight.

Spain  stopped AstraZeneca vaccination for at least 2 weeks. The Spanish regulatory agency (AEMPS) reported a case of cerebral venous sinus thrombosis occurred in a recently vaccinated person, and another two cases are under investigation. No decision has been taken on planning for second doses of the vaccine and this may affect the Government’s goal of vaccinating 70% of the population by the summer. So far more than 1.7 million people (3.7 % of the population) have received at least one dose of the vaccine and 4 million people (8.6 % of the population) two doses. The rate of decline in infections has plateaued to around 106 cases per 100,000 population.

Italy also suspended use of the AstraZeneca vaccine . This vaccine is the most widely available in Italy and the suspension caused a near total halt to the vaccination programme. The pause comes as Italy faces the peak of a third wave with six regions reporting ICU bed occupancy of more than 50%. Italy vaccinated 4,921,000 people with a single dose and 2,180,000 with two doses, around 12% of the population. The Government named a new scientific policy advisory committee which includes virologist Massimo Galli, whose earlier pandemic predictions were rejected.

United States President Joe Biden announced last week that he wants to make all American adults eligible for the coronavirus vaccine by 1 May. More than 107 million people, or 21% of the country’s population, have received at least one vaccine dose, and 38 million, or 11.5%, have been fully vaccinated, according to the CDC. But not everyone is lining up to get a vaccine. A poll suggested that 28% of White and 25% of Black adults did not plan to be vaccinated.

Dr Anthony Fauci, director of the National Institute of Allergy and Infectious Diseases, publicly urged former President Donald Trump to encourage his supporters to accept immunisation, saying: “I’m very surprised at the high percentage of Republicans who say they don’t want to get vaccinated.” Two days later, Mr Trump did as requested and said: “It is a safe vaccine, and it is something that works.”

On Wednesday India reported its highest daily COVID-19 caseload in more than 3 months with 35,871 new cases. The single state of Maharashtra accounted for two-thirds of the cases. India has administered nearly 37 million doses of COVID-19 vaccines as of Wednesday.

Indonesia has delayed rollout of the AstraZeneca COVID-19 vaccine after the blood clot reports in Europe. The Indonesian health minister said the country would await a review from the WHO on the vaccine’s safety. Indonesia also launched a mass vaccination campaign on the island of Bali for people employed in the tourism industry, in a bid to revive tourism.

Thailand agreed to use the AstraZeneca COVID-19 vaccine on March 16 after a brief delay over safety concerns in Europe. Thai Prime Minister Prayuth Chan-ocha was the first person to be vaccinated with the AstraZeneca vaccine.

Australia will continue using the AstraZeneca COVID-19 vaccine despite European concerns. It has secured nearly 54 million doses of the AstraZeneca vaccine, with 50 million to be produced within the country.