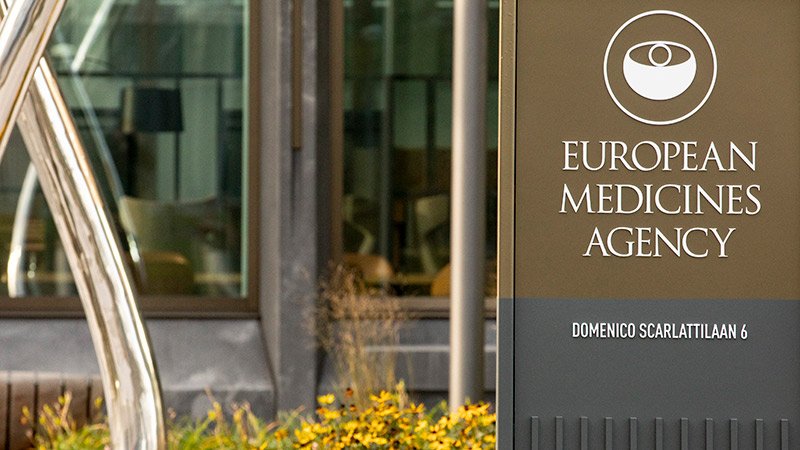 In its review of possible adverse effects with the AstraZeneca COVID-19 vaccine, the European Medicines Agency (EMA) has again concluded that the vaccine is safe and effective with the benefits in protecting against COVID-19 outweighing any possible risk.

But the EMA says it cannot rule out a link between rare cases of thrombosis with thrombocytopenia with the vaccine.

Speaking at the EMA press conference on April 7, Emer Cooke, executive director at the EMA, said: “Our review has found that the AstraZeneca vaccine is not associated with any increased risk of overall thromboembolic events or blood clots, but there have been a small number of very rare but very serious clotting disorders which triggered a more focused review.”

“Based on the evidence available and based on many days of analysis we still cannot rule out definitely a link between these serious clotting disorders and the vaccine.”

The committee has therefore raised awareness of this as a possible risk and will include it in the product information, drawing attention to these possible rare conditions and giving information to healthcare professionals and vaccinated individuals to help to spot and mitigate possible side effects.

The EMA is advising that patients should seek medical assistance immediately if they have the following symptoms: shortness of breath; chest pain; leg swelling; persistent abdominal pain; neurological symptoms, including severe and persistent headaches or blurred vision; or tiny blood spots under the skin beyond the site of injection.

The agency is also launching additional investigations to understand more about these rare cases and conducting targeted studies.

Addressing the decision by various European countries (and now the UK) not to use the AstraZeneca in certain younger populations, Cooke said the EMA could not advise individual countries on how they should use the various vaccines available.

“It is very important to highlight when a country makes a decision about vaccination, they do that with the full knowledge of that particular population, of what is available and what the particular risk factors of that population are,” she commented.

“The EMA’s job is to look at the vaccine and to see whether it is safe and effective and if the benefit outweighs risk,” she said. “It is important that the national authorities have the right scientific evidence to make their decisions, but they make decisions in the context of their populations and what their vaccination campaigns have been. Our job is to provide the right information on the vaccines so they can make those informed decisions,” she noted.

Sabine Straus, MD, chair of the EMA’s Pharmacovigilance Risk Assessment Committee (PRAC), added: “We have been working around the clock on this review. Our conclusion is that benefit of the AstraZeneca vaccine is far greater than the risks. There is also no evidence of a quality issue with a particular batch of vaccine.”

Straus noted that the number of overall thromboembolic events after the AstraZeneca vaccine are lower than expected in the total population. “As the vaccine is effective in reducing COVID-19, which itself causes an increased risk of blood clots, it is likely that vaccination will result in an overall reduction of blood clots.”

However, she said they had seen “some very rare case reports” describing specific unusual events of a combination of thrombosis and thrombocytopenia and bleeding.

“In a few cases, tiny clots develop in multiple blood vessels in the first 7-14 days after vaccination — a condition called disseminated intravascular coagulation (DIC). Also, in a few cases, clots have developed in blood vessels draining blood from the brain, a condition known as cerebral venous sinus thrombosis (CVST). These conditions are linked to low levels of blood platelets also known as thrombocytopenia.”

But Straus concluded: “The evidence we have is not sufficient to conclude with certainty whether these adverse events are caused by the vaccine or not.”

She said PRAC will continue to gather more information on these conditions, including additional studies.

There seems to be some confusion on the actual number of these events that have been reported, with individual countries reporting higher numbers than the EMA.

At the EMA press conference, Straus stressed that these events were very rare. “As of last night (April 6) there have been 7 cases of DIC and 18 cases of CVST reported out of 20 million people who have received the AstraZeneca vaccine,” she reported.

Whereas at the UK press conference, it was divulged that there had been 79 UK reports of blood clotting cases alongside low levels of platelets following the use of the AstraZeneca vaccine, with 44 of these categorized as CVST with thrombocytopenia.

There also seems to be some divergence of opinion on the risk-benefit ratio in the younger age group.

At the EMA press conference, Straus stated: “Our review has shown that there is a predominance of these rare events of thrombosis combined with thrombocytopenia in certain groups – notably in women and younger women. But it is still rather premature to conclude on a specific group because the background risk of thrombosis may be different in various groups and it may also be the case that more people have received this vaccine in certain groups in different countries. The potential for different risk levels is part of our further evaluations.”

In the UK, Anthony Harnden, deputy chair of the UK’s Joint Committee on Vaccination and Immunization (JCVI), said: “We have decided that the risk-benefit of the AstraZeneca vaccine in the under 30 age group doesn’t really stack up.”

Harnden said the age cut-off was based on a risk-benefit assessment. “It is clear that the benefit of the vaccine increases as age increases. A 50-year-old will get much more benefit than someone much younger, and those aged 30-39 will get more benefit than those aged 20-29. But there appears to be a slight gradient of risk towards younger people,” he said. “We felt that the benefits outweighed the risk in those above 30 years old. But in those under 30, the benefits and risk look more similar.”

Harnden says the UK advice is not in disagreement with the EMA. “The EMA and the UK regulatory authority have authorized the vaccine for all age-groups. They think it is safe for all adults. They have left it to the individual countries to make their own decisions on how it is used,” he added. “We are not saying the vaccine isn’t safe. We are just saying that the risk-benefit ratio is such that we could be more cautious in the younger age group.”

He stressed it was still important for the under 30s to get vaccinated. “The risk of severe COVID is very small in this age group but the risks of long COVID are not small. About 30% of people with COVID-19 get long-term symptoms. There are other vaccines available in the UK,” he noted. “Some people under 30 may have to wait an additional week or two longer than before, but there will be alternatives.”

Harnden advised that if someone has had a first dose of the AstraZeneca vaccine, they should go ahead and have the second dose. “We have not seen a single case of thrombosis with thrombocytopenia after the second dose as yet, but we haven’t given that many second doses yet. We do not recommend mixing vaccines at present,” he added.

At the EMA press conference, Cooke emphasized the importance of getting vaccinated.

“I think we have to continually remind ourselves what a difficult position we are in,” she said. “This pandemic is causing thousands of deaths every day. We have vaccines that are safe and effective in preventing death and hospitalizations. We need to use those vaccines.”

She added: “If it was me, I would be vaccinated tomorrow, but if anything happened to me after vaccination, I would want to know what to do about it. And that is what we are saying today.”