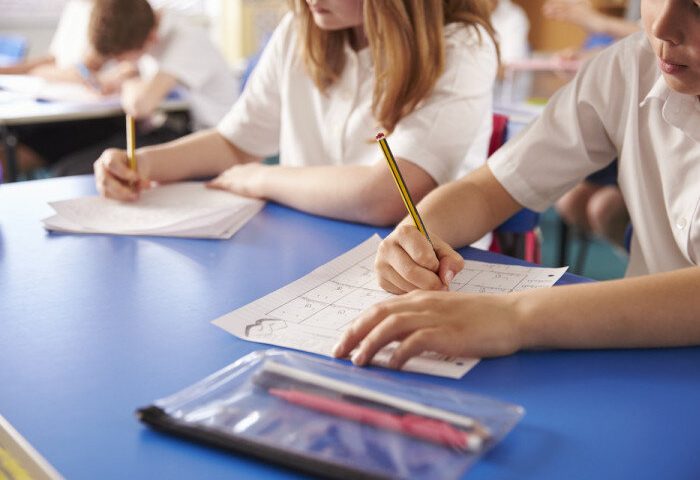 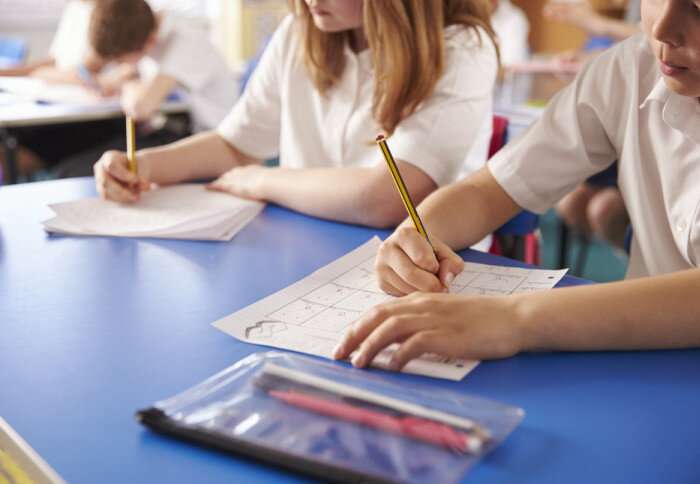 Shiranee Sriskandan, professor of infectious disease within the Department of Infectious Disease at Imperial College London, explains how a study of COVID-19 in London schools provides insights for this winter and future infectious disease outbreaks.

In 2020, when COVID-19 first emerged, concerns of the risks to the most vulnerable in society, including children, were high. At the time, it was unclear whether schools could be a potential source of onward transmission for the SARS-CoV-2 virus.

But a small forensic study of COVID-19 cases and their contacts in eight London schools from October 2020 to July 2021 (sampling 28 bubble contacts, 62 non-bubble contacts and 47 household contacts) revealed almost no evidence of onward transmission in the classroom, whereas in the home rates of onward transmission from infected children to household contacts were at least 17%. The study is published in The Lancet Microbe.

Despite its limitations, the researchers say the work provides a unique snapshot of COVID-19 transmission during a period when numerous measures—such as class bubbles, ventilation, and reduced class sizes—were in place in schools to reduce the spread of COVID-19.

Ryan O’Hare spoke to Professor Shiranee Sriskandan, from the Department of Infectious Disease at Imperial and who led the research, to find out more.

What was the background to this study and why was it carried out?

Shiranee Sriskandan—Before the pandemic, we had been doing a schools transmission study on scarlet fever—which is caused by the bacterium that I normally work with, Group A streptococcus. We had been doing what’s called a forward contact tracing study where we look at what happens when one child in a class has an infection, and to what extent it can spread to other children in their class.

What we found in that study was that 25% of the children in the class who were exposed to the infected child, even though they seemed to be perfectly healthy, had acquired the same bacterium—they were infected with it.

We found that over a two-year period, in six different classrooms, and in some classrooms it was up to 50% of the children. So that really set the scene for how an infection could spread in the classroom setting if there were no specific interventions in place. When the pandemic began, we asked, “Could we do something similar for COVID-19?”

What did we know about COVID-19 in schools early on in the pandemic?

SS—At the time we didn’t really know anything about COVID-19 transmission in schools, as it was a novel infection we hadn’t seen before.

We had to extrapolate from what we knew of other infectious diseases, such as influenza, where it was accepted that closing schools would interrupt influenza transmission when there was a pandemic or an epidemic.

We also knew that other infectious diseases that are transmitted in schools (such as scarlet fever) often halt at the onset of the school holidays, so at the time the available evidence would suggest that if we want to halt transmission of any new pandemic or new infection, then closing schools would help.

What we didn’t know was to what extent were children involved in transmitting SARS-CoV-2. Unlike other infectious diseases where children clearly manifest symptoms, COVID-19 didn’t seem to be really affecting children. It was unclear whether they were going to be a vehicle for virus transmission because they weren’t being visibly infected or affected by it.

You mentioned high transmission rates of other infectious diseases, like scarlet fever, in schools. What did you find with COVID-19?

SS—It was quite the opposite. But with the caveat that our participation rates in this study compared with the scarlet fever study were much lower.

When we looked at the bubble contacts, that is those children who were in a class where there had been at least one case of SARS-CoV-2 recently, we didn’t find any children in the bubble who had acquired SARS-CoV-2 from that case.

Initially, it was a bit of a surprise. But other studies done in the United States and in the UK around the same time also found about the same, even when they were able to sample over 100 children they found really that the proportion of children infected in that setting might have been between 1% to 3% —so maybe one other child in that class—which is a really small amount when you compare that with what we see for scarlet fever.

You looked at cases in eight primary and secondary schools across London, and their contacts as well. How did you go about gathering that information?

It was quite a complicated process of persuading not only the case of COVID-19 and their family to participate, but also the schools and the contacts within those schools (which includes their classmates).

By the time we came around to doing this study it was already September 2020 when the public had been through one huge lockdown, knew more about COVID-19, and when schools had lots of new guidelines to take on board. As a result, people were much less worried about COVID-19 in children and trying to get schools to sign up to the study was more difficult as they were so busy.

However, we still had eight schools in the study and were able to obtain samples from 28 bubble contacts, 62 non-bubble contacts and 47 household contacts.

Along with sampling the children, their parents and contacts, you also sampled their school and home environment as well. Can you tell us a little bit about that?

SS—We sampled surfaces in classrooms—in the bubble classroom and also in the control classroom—and in the school toilets. Then we went into households and sampled from surfaces in three different rooms in the house: the child’s bedroom; a communal room, which was the sitting room; and the bathroom. We also took air samples in those areas as well.

Essentially, we found SARS-CoV-2 in only around 2% of the school samples—which is a tiny fraction of samples. In the household, one quarter of the samples were positive, which was really astonishing.

This really just goes to show how easy it is to contaminate your environment with SARS-CoV-2 and it was more of a surrogate of how much virus these children were shedding in the household. Whereas we really didn’t find evidence of that in this school, and this is schools and classrooms, even when the bubble classroom went back to school.

We’ve seen a number of waves of COVID-19 with different variants of the virus, as well as a nationwide vaccination program. Can we still apply these findings to schools now as we begin the new school year?

SS—I think our study provides information about viral and outbreak transmission in general, and it certainly highlights that the interventions that were made to reduce transmission in classrooms were very effective at the time.

The population is pretty immune now, there’s a lot of vaccination—although we’ve got probably more transmissible variants. It’s hard to know whether we could directly relate our study to the current situation. Things are very nuanced, but I think it’s a real lesson in what to do next time for a pandemic with a new infection.

Probably, had we known what we do now about how low the secondary attack rate was in those classrooms we may not have sent whole class bubbles home following a confirmed positive case. But we wouldn’t have known that without doing this research. It is possible that the rate of transmission could have been as high as 25% without interventions.

Knowing what we know now, would we expect a similar sort of pattern or spread over the coming school term or winter?

SS—If we completely abandoned all precautions in schools and didn’t worry about basic hygiene, ventilation and making sure people aren’t on top of one another in the classroom, and there was a completely new virus variant that nobody had any immunity to, it’s possible we might see transmission rates as high as we found with scarlet fever. This would mean potentially onward transmission from an infected child to up to 25% of their contacts in the classroom.

But that’s not what we’re doing. There are precautions in classrooms. They may not be as intense as they were back in September 2020, but people know not to come to school with coughs and fevers, whereas they might have done so in 2018/2019.

There is a reasonably high degree of immunity now in schoolchildren, not just through vaccination, but also through prior infection. I think we’re in a very different place now and I would hope—although I can’t be sure—that infection or secondary transmission rates will be low now.