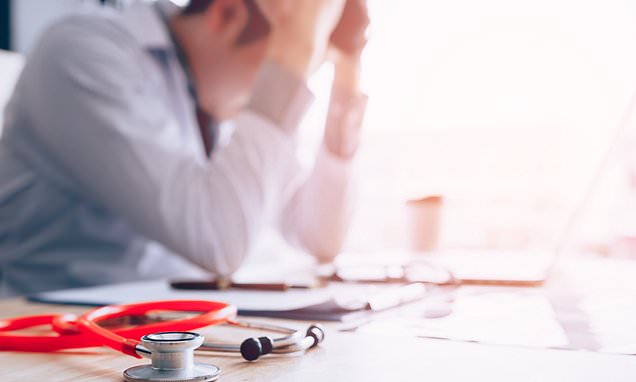 Medical professionals are being urged to ‘hide’ their families on social media to avoid attacks from abusive patients.

The advice, issued by the Medical Defence Union, comes after reports that some people have been targeted with death and rape threats.

The Medical Defence Union says it receives ‘hundreds of calls’ each year from staff – with 300 recorded cases since 2014.

And, although the annual number of incidents has remained consistent over the past five years, experts believe they’re becoming more ‘disturbing’ and aggressive. 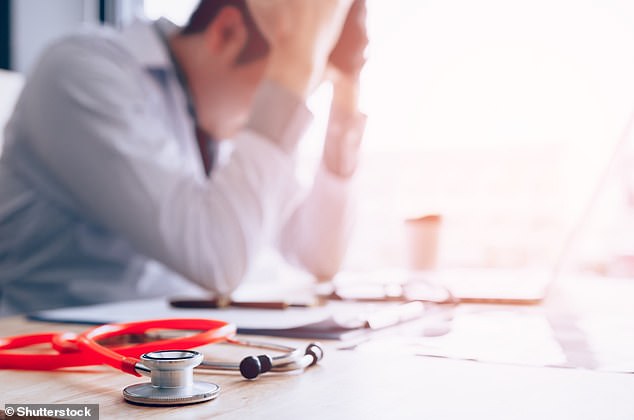 Fear: The Medical Defence Union says it receives ‘hundreds of calls’ each year from staff – with three-hundred recorded cases since 2014

‘In some instances threats were sent to home addresses, personal emails or personal mobile numbers of GPs, nurses or other practice team members.

‘Occasionally these mentioned family members or details of the recipients’ personal life indicating that the person had carried out research into their background.’

Specifically, she stresses that doctors and practice staff should never disclose their  home address, email address or familial connections.

And they should also limit what sensitive data they publish in research papers.

‘Even if your social media security settings are high it is helpful to check what parts of your profile are publicly visible – are you happy to have family members included in public profile pictures for example?

‘Sometimes your social media profile is private but you can appear in lists of friends or tagged in photos on friends’ pages which are publicly available.’ 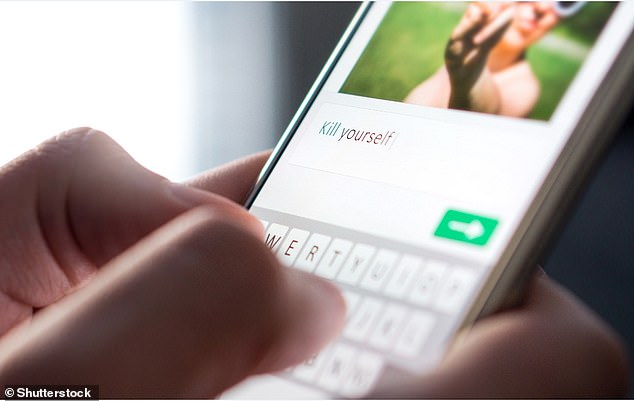 Alarming: Recent research found that 78 per cent had experienced assault, threats or both

Earlier this year, a survey conducted by Doctors.net.uk found that three-quarters of doctors say they have been assaulted or threatened by a patient or their relative.

More than 400 doctors were quizzed for the research, which found that 78 per cent had experienced assault, threats, or both.

A total of 34 per cent (134 doctors) reported experiencing assault, while 59 per cent (233) said they had been threatened, the poll found.