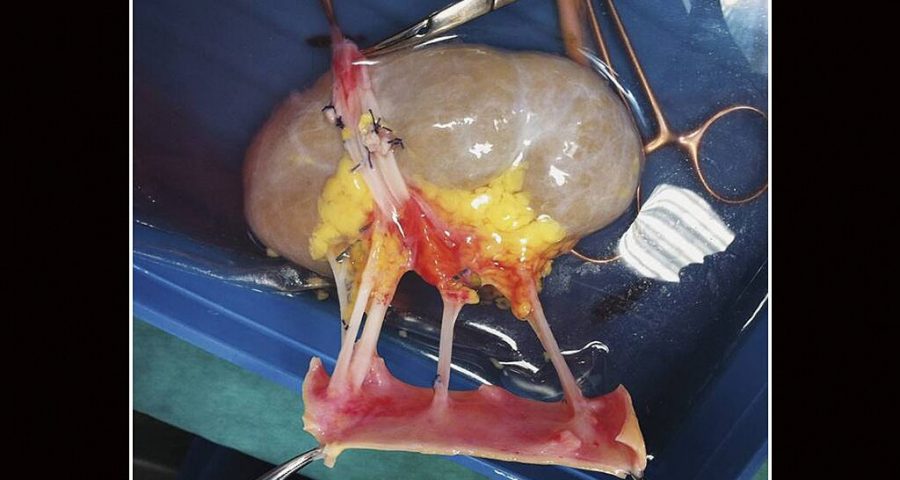 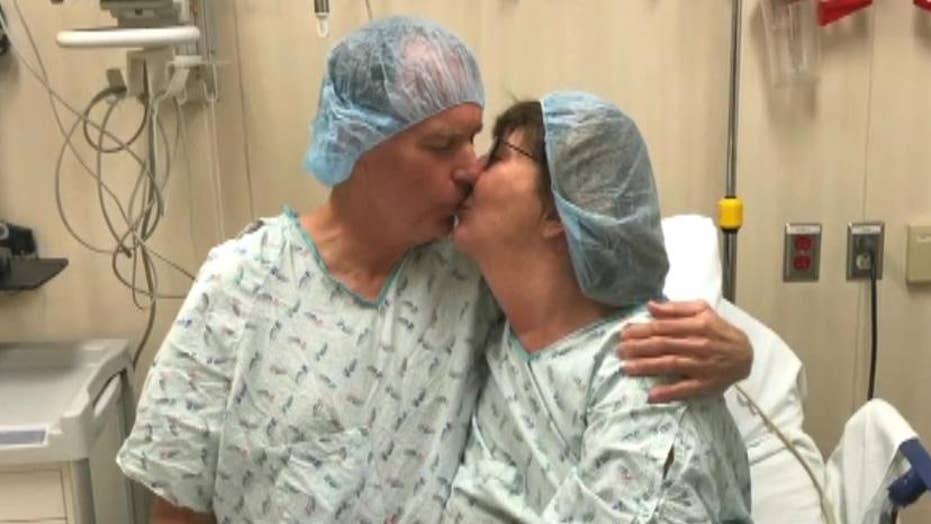 A married couple in Seattle, Washington go under the knife for a kidney transplant.

Doctors in the United Kingdom readying to perform a kidney transplant on a young girl noticed the organ they were preparing to use had an unusual abnormality: Five renal arteries.

Most of the time, the kidney has one renal artery — which supplies blood to the kidney — though it’s not uncommon to have two in some cases.

But three or more in a single kidney is much rarer — and can present complexities during transplants. 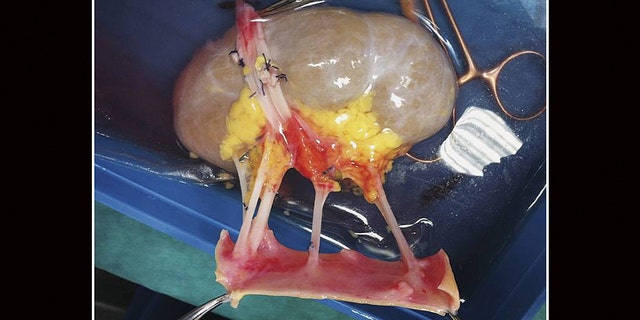 The kidney had five renal arteries, which doctors say is unusual.
(The New England Journal of Medicine ©2019)

“Kidneys with multiple arteries are more technically challenging to transplant and are associated with an increased risk of vascular complications,” they wrote, noting this is especially true for children, who have smaller blood vessels than adults.

As a result, the 9-year-old girl — who suffered from a dysplastic kidney (when the organ does not form correctly in the womb) and chronic kidney disease  — was unable to undergo the transplant.

Instead, the rare kidney —  which came from a deceased donor — was given to a 35-year-old man who, three years post-op, was “clinically well,” doctors wrote.

US THROWS AWAY 3,500 DONATED KIDNEYS EACH YEAR: REPORT

As for the girl, she too received a kidney roughly 18 months after she was initially slated to undergo transplant surgery.

“At the 2-year follow-up, she was also clinically well,” doctors said. 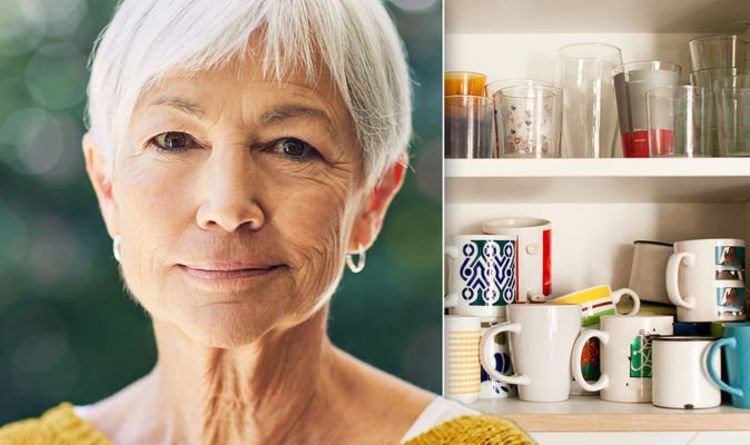