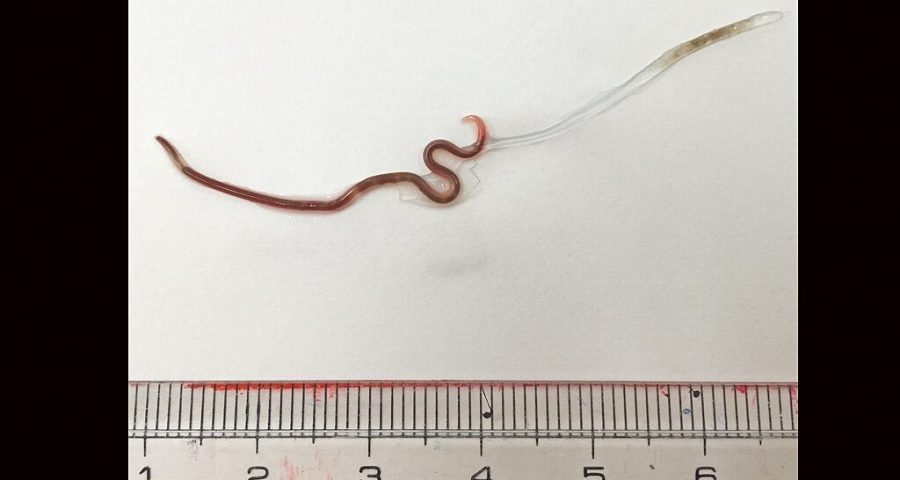 Often times, the culprit behind an achy throat is a cold or the flu.

However, a woman visited a Tokyo hospital for throat pain, and upon a physical exam, doctors discovered a black worm writhing in her tonsil.

Doctors fished out the 38 millimeter (1.5-inch) long worm with a pair of tweezers. The 25-year-old woman’s symptoms quickly improved after removal. 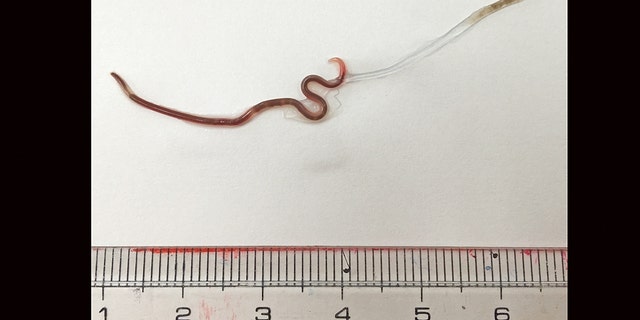 The worm tweezed out of the woman’s tonsil was 38 millimeters (1.5 inches) long. (Photo credit: American Society of Tropical Medicine and Hygiene)

According to the case study published in the American Journal of Tropical Medicine and Hygiene, the woman experienced five-day “left pharyngeal pain and irritation” after eating assorted sashimi.

The worm was molting, or shedding off, the outer cuticle, which revealed that it was in a fourth-stage larva of Pseudoterranova azarasi.

This uncommon nematode is said to infect dominantly in the stomach after a person consumes third-stage larvae in raw or undercooked marine fish. More than 700 cases have been reported in Japan, North Pacific countries, South America and the Netherlands, according to the study.

Although this kind of infection is rare, the number of reported cases has “markedly increased” due to the growing popularity of raw fish consumption worldwide, according to the study.