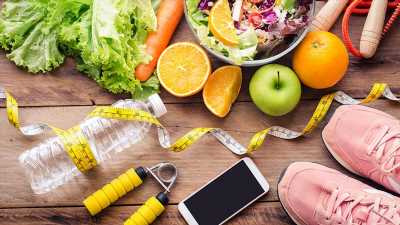 Association of Diet, Physical Activity on All-Cause Mortality in Parkinson’s

In a population-based prospective cohort study, participants with the healthiest eating and exercise regimen prior to diagnosis reduced their all-cause mortality risk by 49%, while those who adopted healthy habits after diagnosis were 65% less likely to die, compared with those who had the worst pre- and post-diagnosis habits.

The study is the largest to date to examine the association of overall diet quality and physical activity with survival in patients with PD.

“We found that diet and physical activity levels before Parkinson disease clinical onset were associated with the risk of mortality afterwards, which means lifestyle habits could have a long-term effect on human health,” lead investigator Xinyuan Zhang, PhD, a postdoctoral fellow at Brigham and Women’s Hospital and Harvard Medical School, Boston, Massachusetts, told Medscape Medical News.

The findings were published online August 19 in JAMA Network Open.

While earlier studies have also demonstrated a link between a healthy diet and decreases in early PD symptoms, the new research tracked the long-term benefits of both diet and exercise.

For the study, researchers analyzed data from 1251 participants (52.1% men; mean age at diagnosis, 73.4 years) in the Health Professionals Follow-up Study and the Nurses’ Health Study who developed PD.

Information on mortality, the primary outcome, was gathered from the National Death Index. During the 32- to 34-year follow up, 942 patients died.

In the pooled analysis, mortality risk was 31% lower among those with the highest diet scores before diagnosis compared with those who had the lowest scores (adjusted hazard ration [aHR], 0.69; P = .002). Healthy diet after diagnosis was associated with 43% lower mortality (aHR, 0.57; P < .001).

There were no significant differences in outcomes between men and women.

The findings suggest that healthy habits, whether they come before or after diagnosis, have protective survival benefits in patients with PD, the investigators noted.

“It is never too late to start,” Zhang said.

In an accompanying editorial, Beate R. Ritz, MD, PhD and Kimberly C. Paul, PhD, both from the University of California, Los Angeles, write that the study findings “not only reinforce the public health recommendations to engage in these behaviors for staying healthy in general but also add to a growing body of evidence of such behaviors providing protection against PD-related neurodegeneration specifically.”

The implications of these findings for clinicians and patients are significant, and suggest that “health professionals need to encourage patients to maintain a healthy lifestyle to, at a minimum, reduce mortality risk, which is higher in individuals with PD than those without PD in the same age range,” they write.

One question not answered, however, is whether the decreased mortality and other health benefits from a healthy diet and exercise among patients with PD are greater than those found among age-matched individuals without PD, the editorialists note.

They add that researchers also didn’t address the mechanisms that lead to the protective effects of diet and exercise in these patients.

Still, there’s no reason clinicians should not offer recommendations on diet and lifestyle to patients on the basis of this new research, Ritz and Paul write.

“Such professional guidance has the added advantage of giving many patients with PD a measure of control over their lives by engaging in activities that improve not only their disease outcome but also their quality of life and life expectancy,” they add.

The study was funded by the National Institute of Neurological Disorders and Stroke. Zhang, Ritz, and Paul report no relevant financial relationships.

Kelli Whitlock Burton is a reporter for Medscape Medical News who covers psychiatry and neurology.