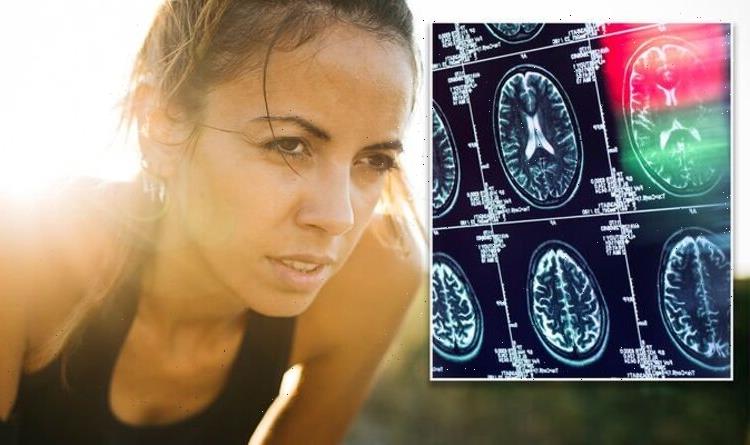 This step change, from seeing dementia as inevitable to seeing it as treatable, was a massive step forward.

Since then, the world has been working at an increased pace to try to develop new treatments and to understand more about what can be done to stop the spread of dementia and to prevent its development.

Due to the lack of effective treatments for the various types of dementia, there is great emphasis on prevention.

One of the best ways to keep the mind fit, and to prevent dementia, is to keep the body in as good a shape as possible.

Researchers from Irvine Clinical Research found in their study that the fittest people in their study were 33 percent less likely to develop dementia than the least fit.

Dr Zamrini explained: “Our study found a strong…association between cardiorespiratory fitness and reduction of risk of [Alzheimer’s].

“This means the more fit a person is, the more likely that if they were to develop Alzheimer’s they would develop it later”.

As a result, the study concluded that while exercise may not stop dementia, it may delay its onset.

For some this could be a matter of months, others a matter of years depending on when they begin improving their cardiovascular fitness.

One of the possible reasons why those with high cardiovascular fitness experience a delayed onset is because their red blood cells are healthier and larger, allowing them to carry more oxygen to the brain.

Another potential reason why exercise can be beneficial to the mind is that it improves the mental health of the person participating in that exercise.

Physical exertion releases endorphins that improve the mood of the person concerned; a factor only boosted by the improved fitness of the person engaging in that exercise.

While this study is positive, it sadly does not change the fact that dementia cases are rising; statistics say that one in three people born today will be directly affected by the condition

This is one of the reasons why scientists are pushing so hard for more funding into dementia research.

In the UK, however, this has hit a stumbling block. During the 2019 General Election, the Conservative Party promised a ‘Dementia Moonshot’, a doubling in funding for dementia research.

Despite the pandemic, as recently as the Autumn Boris Johnson promised this would still happen.

Earlier this week, the government broke this promise, and instead of £160 million, dementia research will receive £75 million.