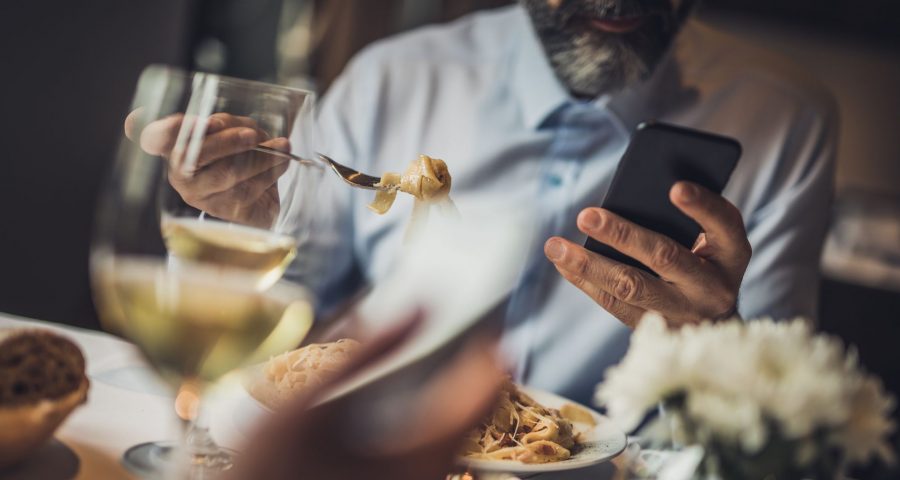 The Internet is horrified about the diet of someone who has allowed them to express horror via the Internet.

Twitter CEO Jack Dorsey recently said that he eats only one meal a day and fasts all weekend long, he described on Ben Greenfield’s podcast.

Fasting is a thing, that may have benefits for some people, and there are right and wrong ways to the approach. If you’re interested, we’ve published a host of smart information sourced by trusted experts to on how to fast safely. As you may have surmised, fasting for an entire weekend is not only unnecessary, it’s also potentially dangerous.

But then there’s the whole matter of Dorsey consuming one meal a day. He reports eating only dinner, during which he consumes a protein (steak, chicken, fish) along with some greens (asparagus, spinach, Brussels sprouts). Dessert is mixed berries, dark chocolate. Sometimes he has wine.

Dorsey seems to think that food gets in the way of life. Why eat when you can work? Digestion, too, prevents a certain clarity in focus, which is needed for … more work.

Is this a healthful way to eat? To approach life? I had to ask Men’s Health nutrition advisor Chris Mohr, Ph.D., R.D.

“The true measure of success is if this is sustainable for the long term. While it’s trendy to be a contrarian, we do know that the body benefits from consistent feedings of protein, fiber and of course vitamins, minerals, and antioxidants,” Mohr says. “But there’s more to eating than just calories and nutrition. Eating is a great time for people (and families) to connect.”

Mohr goes on: “I like to look at habits of not just successful people but also people who live long, healthy lives. Research on centenarians continues to show that longevity and happiness are tied to connections and relationships. Not ‘biohacks.’”

I also suspect there’s something else at work here—something stranger and more twisted, almost like the very soul of Twitter itself.

A cake! Before noon!

A man’s allowed to have a rich and varied diet, sure, but where are the leafy greens, Jack? Where’s that bowl of mixed berries? I see nary a square of your beloved dark chocolate.

If Dorsey’s cachexic diet is to be believed, his lack of food tweets offer proof, you could argue. I mean, the man tweets more about Erykah Badu, Steph Curry, the moon, and the fact that it’s morning, more than he tweets about what he’s eating.

This could, indeed, be because Dorsey isn’t eating, but it could also be because Dorsey is, and always has been, the king of all trolls. He’s built and fostered a platform that allows anyone to say anything at any time with very few repercussions, let alone factual verification.

So if a troll isn’t eating, perhaps the best advice, after all, is not to feed it.