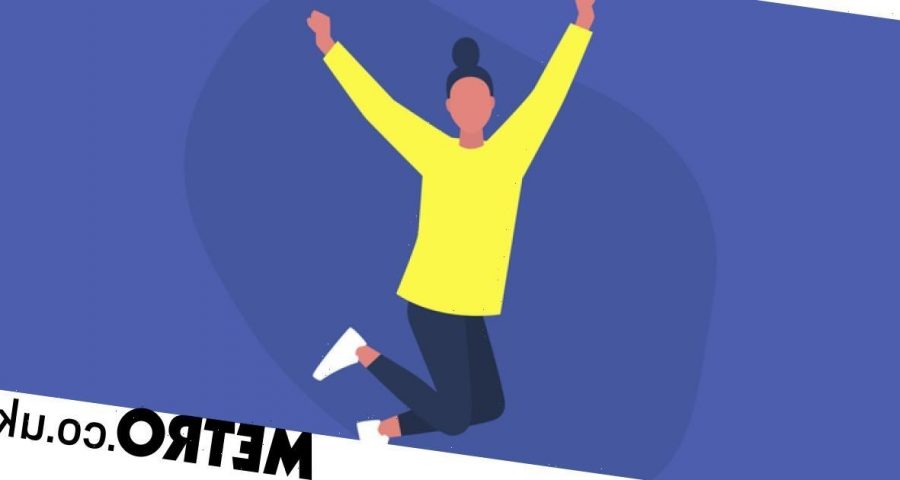 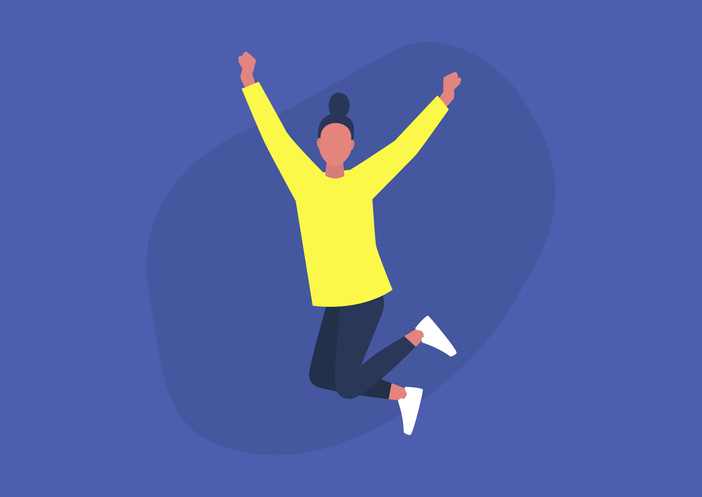 It’s been a tough few years for all of us – a global pandemic, war, political mayhem, and now a harsh economic squeeze. Personally, it’s not been easy either. I’ve broken up with my partner, have struggled with empty nester blues as my son headed off to university and lost a good friend suddenly to a heart attack.

But last night, as the year came to an end and I pondered on the year gone by, I realised I felt happier than I had in a long time.

Why? In the last year, I’ve had the privilege of conducting a weekly Big Happiness Interview with some of the top happiness experts in the world for Metro.co.uk.

I’ve had a weekly dose of wisdom and advice which has helped me get my life back on track. I’ve been encouraged to stop feeling like a victim, to start taking back control of my mind and mood, and to make the most of the time I have here on this planet.

It has inspired some huge life leaps and some gentle practices that have taken my life in a new direction. Here’s what I’ve learned:

Start by doing nothing

What do you do when you want to be happier? Nothing, says Carl Honoré, award-winning writer best known for In Praise of Slow, broadcaster, TED speaker with over three million views and ‘godfather’ of  the Slow Movement.

‘When the world shut down in the pandemic, we were forced into this almost mandatory workshop on slowness. People found themselves doing something they had never done before, which was… nothing,’ he said.

‘We had the space and the time to let our minds wander, to daydream and essentially bump up against those big questions such as: Who am I? What’s my purpose in life? Why am I here? Am I living the right life for me?’

I had worked flat out throughout the pandemic so when my contract ended at work, I decided to buy myself some time and space by renting out my house and buying a campervan. I dropped my son off at university and after years at the coalface of single motherhood and eight years of working long hours and six-day weeks, I had time and space to think and start asking the big questions  – what does the ‘right life’ for me look like now and what will really make me happy?

Identify your values and live by them

Dr Rangan Chatterjee, author of Happy Mind, Happy Life and host of podcast Feel Better, Live More, encouraged me to identify my values so I could create a values-driven life.

In my campervan, I quickly discovered that I was missing my team at work and my community at home. Small talk with strangers in campsites wasn’t really inspiring me. My ‘vanlife’ experiment had given me space to ask the big questions but I realised that a life on the road didn’t make me happy.

After my conversation with Rangan, I realised I wanted to live in a community where I could build this values-driven life of connection and inspiration and creativity. After a few months of travelling to four corners of the UK, I decided to settle in Alnwick, a small town on the wild Northumberaland coast with a fairy-tale castle, empty beaches and the largest second-hand bookshop in Europe. Keen to meet new people, I went to a book launch, met star author Tricia Cresswell, author of The Midwife who kindly invited me to her party at the pub afterwards. I got sat opposite to the Mayor of Alnwick and I told her she should start a book festival in Alnwick.

‘Why don’t you start it?’ she challenged.

So the following week, I did.

I gathered a group of interested, creative people together and we started to make a plan. Bingo! Together, we started to create a community project and called it the Alnwick Story Fest: a festival that celebrated the power of stories to light up our lives. Inspiration, connection and creativity – all in one project.

This has created a delightful focus as I build my new life.

I started to get very busy again and noticed my stress levels begin to rise. I had just left a 14-hour six-day a week working life, I didn’t want to just replicate it in another geographical place. I turned to Julian Daizan Skinner, the first Englishman to go to Japan and become a Zen master.

In his search for happiness, he gave up his career as a scientist, sold his house, gave all his money away and entered a monastery 30 years ago. I didn’t want to enter a monastery.

‘You don’t have to,’ says Julian. ‘Learn to meditate instead. The whole point of Zen meditation is to find peace, happiness and satisfaction. Learning to meditate can transform your life because you are developing the quality of your attention. It’s not difficult. It doesn’t require years of study, or a high IQ or a deep level of personal development. It requires one thing and one thing only – practice.’

I booked on a five-day Zenways Retreat with Julian where instead of working for 16 hours a day, I meditated for 16 hours a day. It was very tough. You get to sit and observe your own thoughts and notice dramas unfold in your mind minute by minute, hour by hour, day by day – in silence.

By day two, I thought I was going insane but by day four, I realised that if I allowed myself to be hijacked constantly by the drama in my head, then I would never be happy.

Julian added: ‘Zen meditation is about seeing things clearly. To see the world for the optical illusion that it is. I always give the example of how we go to the movies and watch the story on the big screen and get caught up in the drama – of the car chase, or the spaceship invasion or the explosion. But at any minute we can turn around and look over our shoulders and see the truth. A film is not reality, it’s just a pattern of dancing light coming from the projector.

‘Zen meditation helps you stop being distracted by the stories you play in your head about the past and future and instead invites you to put the attention on being present right here, right now.’

This five-day retreat helped me viscerally understand what this really meant. I have meditated every morning since the retreat, joined a community of Buddhists and finally decided to become a Buddhist myself in August.

Yes, I still get hijacked by the nonsense in my head but I am getting better at observing the drama, rather than being the leading lady. Being in the audience makes me happier.

I might be becoming more Zen but I noticed I still got overwhelmed by my to-do list. I was building my new freelance career, running Alnwick Story Fest and meditating. How was I supposed to fit it all in? I turned to Oliver Burkeman, productivity geek and author of Four Thousand Weeks: Time Management for Mortals.

‘You’re never going to fit it all in,’ he said to me bluntly. Instead, he advised me to create what he calls an anti-skill.

‘It’s not trying to make yourself more efficient but to learn to stay with the anxiety of feeling overwhelmed, of not being on top of everything, without automatically responding by trying to fit more in. And mostly that means not fitting more in but giving things up. It’s been called JOMO – the Joy of Missing Out. It’s about becoming more conscious about what you choose to put your attention on because your attention IS your life,’ concludes Oliver.

That was a terrifying thought. A people pleaser, I realise that my inability to say no was quite literally costing me weeks possibly years of my brief 4000 weeks I have on this planet. I didn’t even want to think about the years wasted scrolling on my phone.

The answer? Make a list of 25 things you want to do with your life and then arrange them in order but only organise your time around the top five and forget the rest.

Oliver said: ‘Because it’s the moderately appealing ones – the fairly interesting job, the semi-enjoyable friendship – on which a finite life can come to grief. Focus carefully on what gets your attention.’

I wrote my top five on the blackboard in my kitchen and try not to wince when I say no to everything else.

How do I feel? I have more time and space to think, doodle and dawdle. And yes, this makes me happier.

The hardest thing about the aspiration to live a happier life is when you feel anything but. When life throws you a curveball and you’re not making up the drama in your head, and you face  difficulties – divorce, debt, death head on. Then what?

‘The truth is, for everybody, life is a mix of joy and sorrow and it’s light and dark. And we’re all better off when we just see that in a clear-eyed way and integrate that into everyday life so that we’re not so surprised when harder things happen. We can then give ourselves permission to rejoice when great things happen,’ says Susan Cain, author of Bittersweet: How Sorrow and Longing Can Make Us Whole.

Maybe it’s to realise that loss, pain, grief happens to us all, she says, and it’s comforting to realise it’s not something that is happening uniquely to you.

‘Our sorrows, as well as our joys are part of being human.’

Grief and loss are part of life, Susan is right. And I’m learning it’s the profound acceptance of that state that helps remind me that nothing lasts forever, that everything is impermanent.

She says: ‘You would think that would cultivate in us a kind of helplessness, but I think it does the opposite. I think it motivates us to focus on what’s precious.’

So true. One dark winter evening last week, I helped my newly widowed friend to get the Christmas tree down from the top of the car. Our other friend, newly divorced saw us through the window and ran out to help as we all heaved the 6-foot tree into the back yard. Three newly single women alone at Christmas struggling with a giant tree, laughing. It was a bittersweet moment. Yes, says Susan.

‘Bittersweet is about recognition of both the light and the dark, birth and death – bitter and sweet – and acknowledging that they are both forever paired,’ says Susan.

‘It’s seems like it’s always a surprise in this culture when the hard stuff happens, because we’re made to think that the default position is that everything is going to be fine and if we’re hit by sorrows then it means that things have gone off the rails. The real task is to not see it that way but to see it all as equally unsurprising. And ultimately, that we’re all in it together,’ she says.