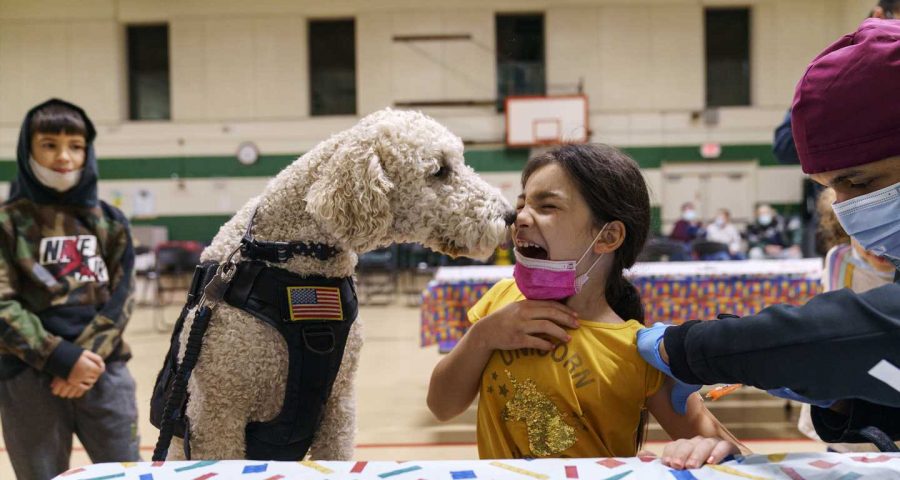 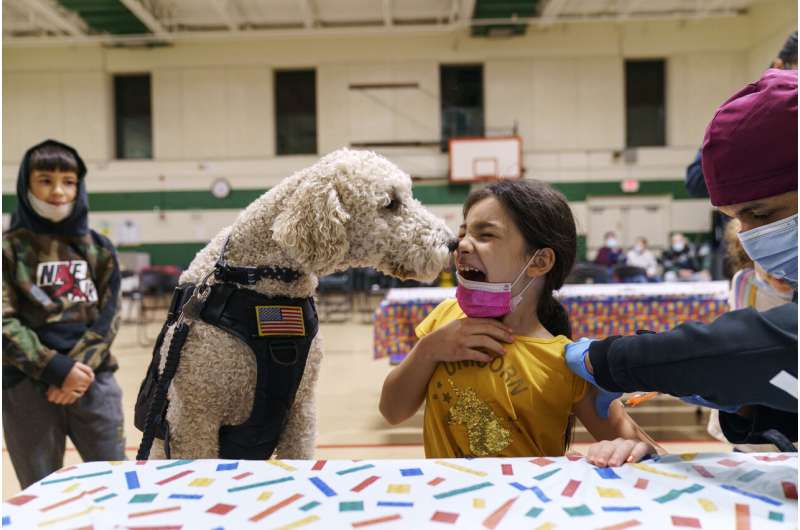 Even as the U.S. closes in on a milestone of 200 million people fully vaccinated against COVID-19, cases and hospitalizations are spiking again, including in highly inoculated corners of the country like New England.

New cases in the U.S. climbed from an average of nearly 95,000 a day on Nov. 22 to almost 119,000 a day this week, and hospitalizations are up 25% from a month ago. The increases are due almost entirely to the delta variant, though the omicron mutation has been detected in about 20 states and is sure to spread even more.

Deaths are running close to 1,600 a day on average, back up to where they were in October. And the overall U.S. death toll less than two years into the crisis could hit another heartbreaking milestone, 800,000, in a matter of days.

The situation is not as dire as last year’s surge, before the public had any access to COVID-19 vaccines, but the roughly 60% of the U.S. population that is fully vaccinated is not enough to prevent hot spots.

The cold weather, Thanksgiving gatherings and a big rebound in holiday travel are all believed to be playing a role, along with public weariness with pandemic restrictions.

Lawrence Gostin, director of the WHO Collaborating Center on Public Health Law and Human Rights at Georgetown University, likened the virus to a wildfire. 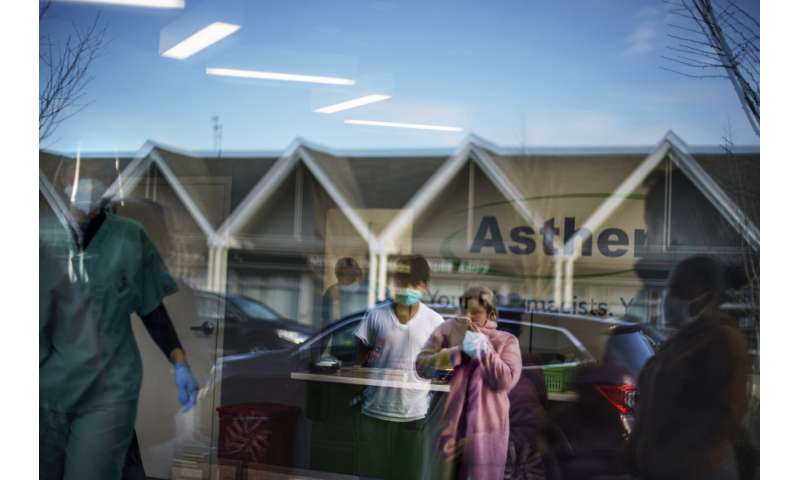 “You can clear a forest of the shrubbery. But if you leave some shrubs and trees standing, the fire will find them,” Gostin said. “The virus will find you. It is searching for hosts that are not immune. The fact that you live in New England or New York doesn’t insulate you.”

Demand for the vaccine—with recent approval of boosters for all adults and shots for elementary school children—has been high amid the surge and the emergence of the omicron variant, whose dangers are still not fully understood. On Wednesday, Pfizer said that the initial two shots of its vaccine appear significantly less effective against omicron but that a booster dose may offer important protection.

Nearly 48 million people have received a booster, according to the Centers for Disease Control and Prevention. White House officials noted the U.S. administered 12.5 million shots last week, the highest weekly total since May. 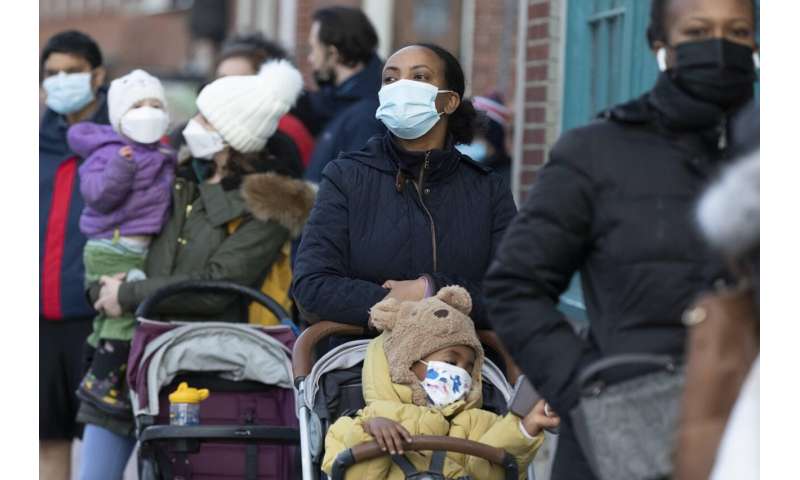 “And that’s critical progress as we head into the winter and confront the new omicron variant,” White House coronavirus adviser Jeffrey Zients said.

At the same time, some states, notably in highly vaccinated New England, but also in the Midwest, are grappling with some of the worst surges since the start of the pandemic. Hospitals are filling up and some are reacting by canceling non-urgent surgeries and taking other crisis measures, while states are trying to get ahead of the spike by promoting boosters.

Despite one of the highest vaccination levels in the country—over 74% of the population fully vaccinated—Vermont is coping with its biggest surge yet. In the last week, new cases per day are up 54%, and the number of people in the hospital with COVID-19 has climbed 18%.

The virus is preying on those who haven’t gotten their shots: As of Tuesday, 90% of the COVID-19 patients in intensive care were unvaccinated. 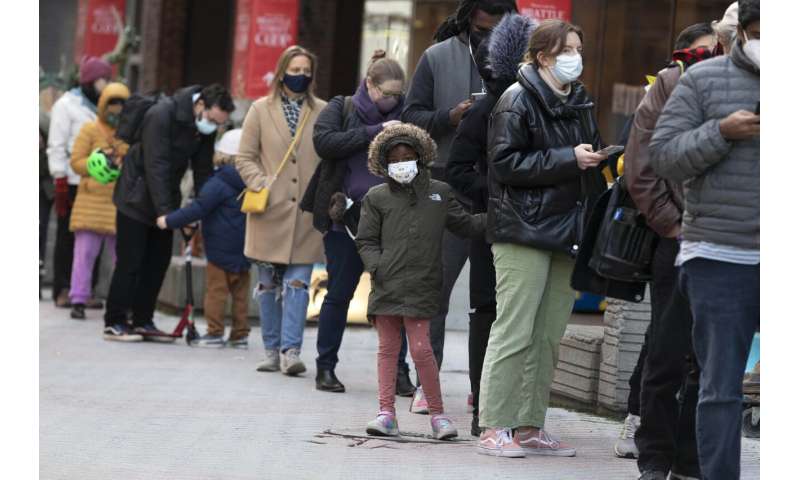 “Obviously, it’s not where we want to be,” Gov. Phil Scott said Tuesday, calling the situation “extremely frustrating.”

More than 400 people were in the hospital with COVID-19 in New Hampshire at the start of the week, breaking the record set last winter.

“Every day for the next several weeks, we’re likely to see a new high in COVID hospitalizations in New Hampshire,” said Steve Ahnen, president of the New Hampshire Hospital Association. “With over 1,000 new cases a day, that number’s not going to do anything but continue to go up.”

“The vast majority of patients in our hospitals are unvaccinated. That’s especially true of critical care patients,” said Andy Mueller, CEO of MainHealth, the state’s biggest health network. “It requires a tremendous amount of our resources to provide care.” 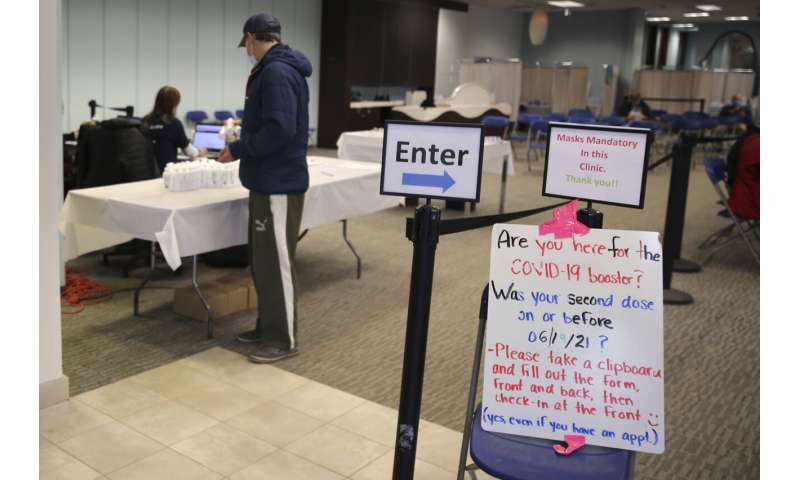 Dr. Paari Gopalakrishnan, Kent’s interim president and chief operating officer, said the spike is probably due to “people letting their guards down” during the holidays, and flu season could complicate things further.

New Hampshire plans to hold a “booster blitz” on Saturday at 15 locations. Most appointments were booked.

In Berlin, Vermont, Mike Labounty got his booster Tuesday. 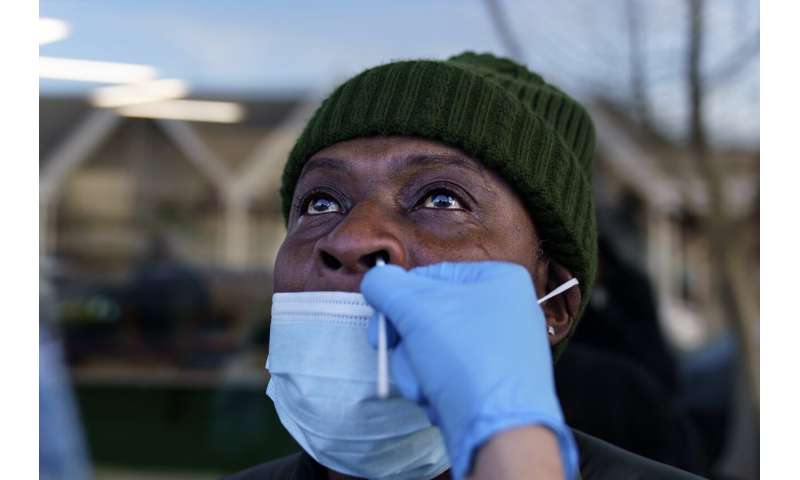 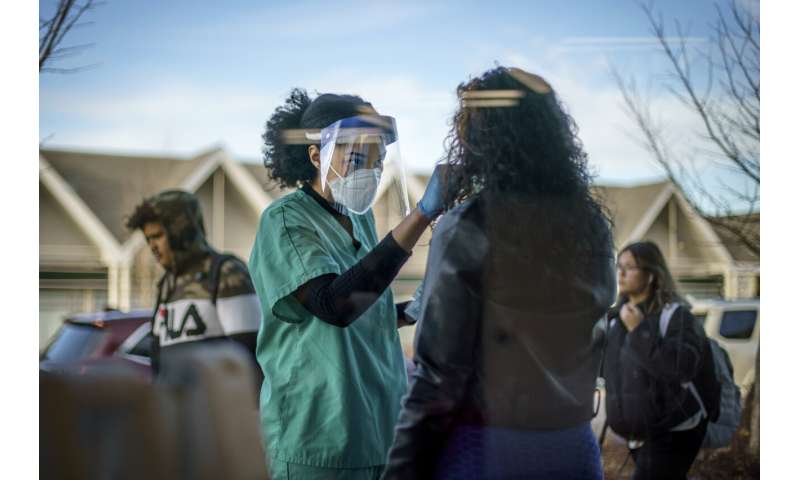 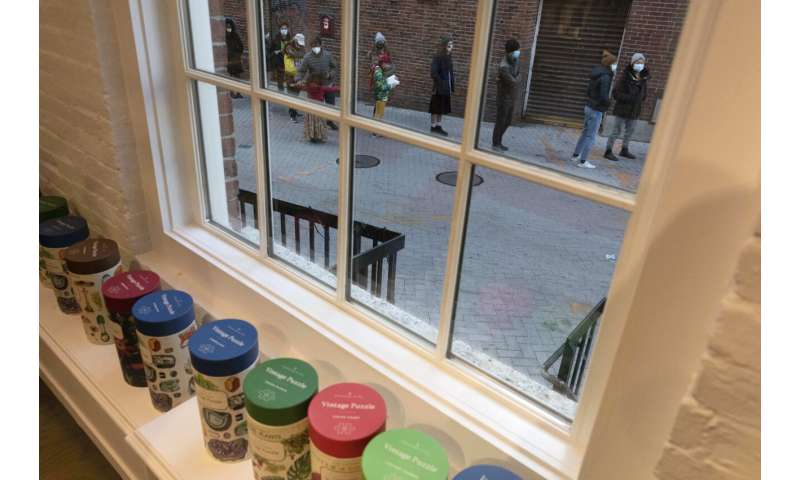 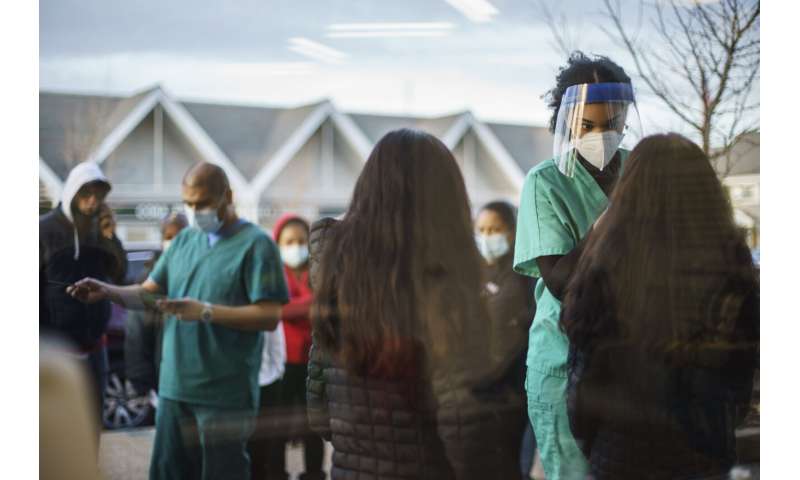 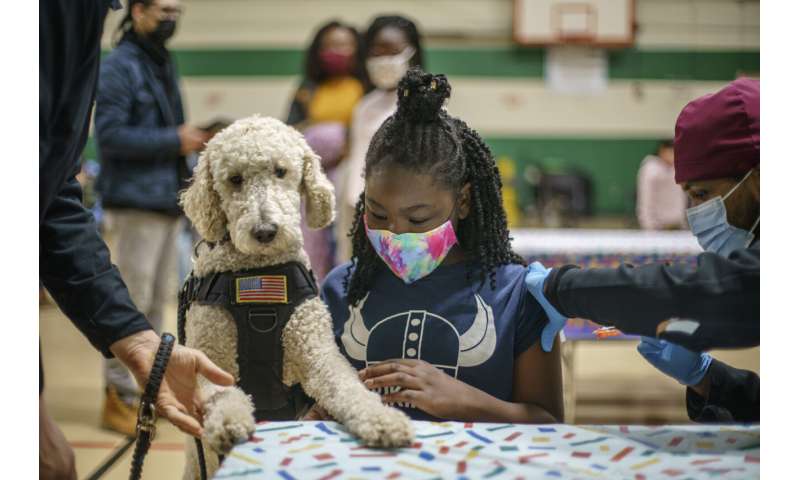 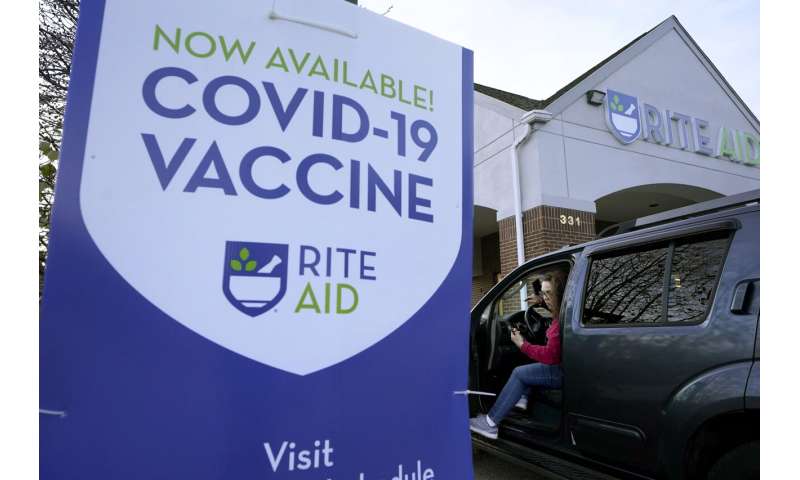 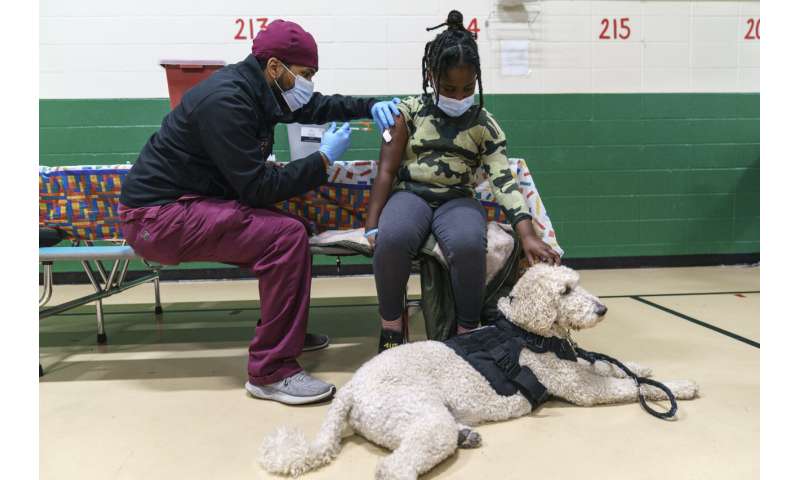 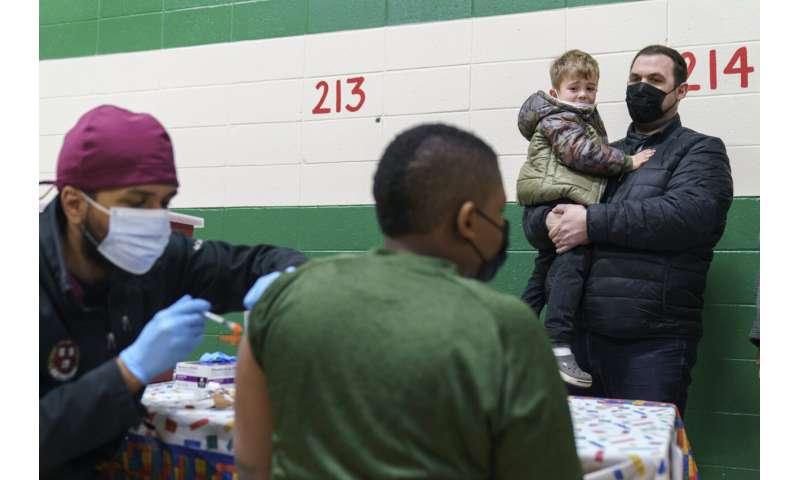 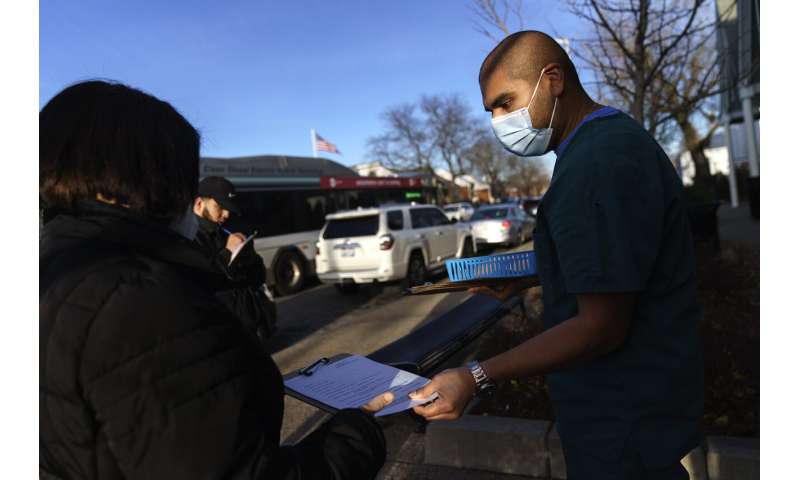 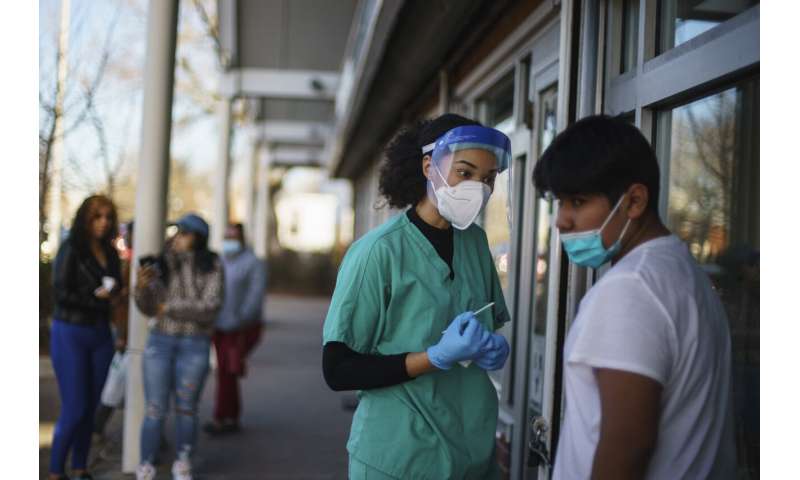 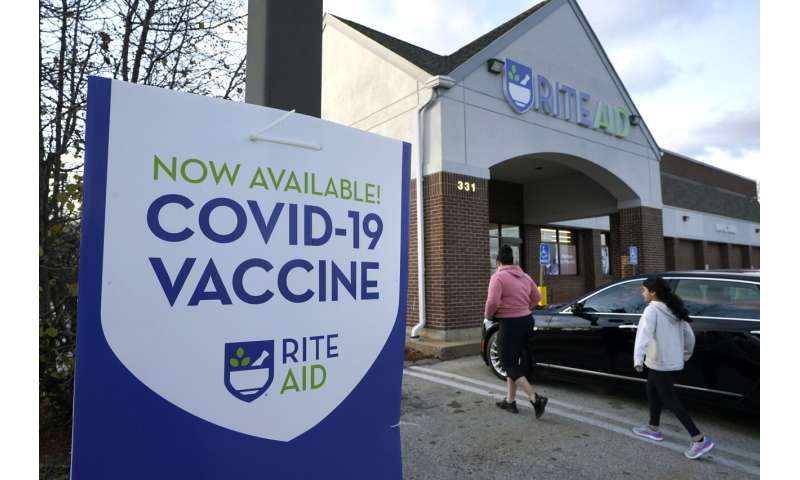 Elsewhere around the country, Indiana has seen COVID-19 hospital admissions double in the last month and is approaching levels not seen since this time a year ago, before vaccines were widely available.