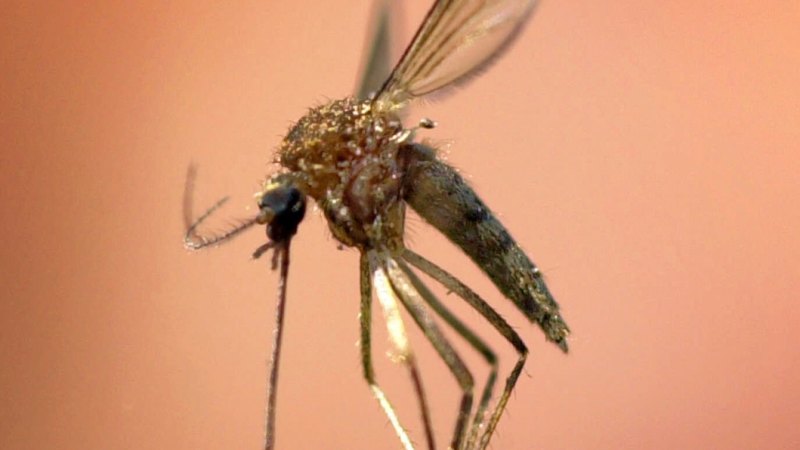 What if, after the Allies won World War II, world health officials had employed a Nazi version of DDT against mosquitoes that transmit malaria? Could that persistent disease, which still infects more than 200 million people a year and kills 400,000 of them, have been wiped off the planet?

That is one of the musings of chemists at New York University who came across an insecticide that had been developed by German scientists during World War II in the course of conducting abstract research on another topic.

It became a historical science mystery.

In postwar Allied intelligence reports examined by Ward and his colleagues, German scientists claimed their insecticide, now called DFDT, was more effective than DDT. Allied officials dismissed those assertions as fanciful, especially given the deplorable behaviour of Hoechst, the German chemical manufacturer that developed the insecticide, during the war. The company had forced residents of countries occupied by Germany to work in its factories, and it tested drugs on concentration camp prisoners. 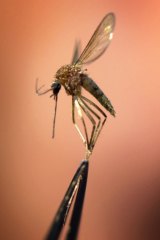 The insecticide was forgotten for decades.

Now, work by Ward and his colleagues, reported this month in an article in the Journal of the American Chemical Society, appears to corroborate the German claims. The forgotten compound killed mosquitoes in as little as one-fourth the time as DDT.

DDT, initially regarded as a magical miracle chemical, was sprayed profusely after World War II until environmental concerns arose in the 1960s. Although many nations banned it in the 1970s, some use still continues. In 2006, the World Health Organisation endorsed the use of DDT as part of efforts to control malaria, primarily for the spraying of indoor walls. That involves much smaller amounts than what was used by farmers in the past.

Conceivably the more lethal DFDT could be used in even smaller, possibly safer doses. A new option could allow public health officials to rotate insecticides and thwart the resistance to DDT in many mosquitoes today.

"It's exciting and desperately needed," said Duane Gubler, an emeritus professor in the emerging infectious diseases program at Duke University in the US and the National University of Singapore Graduate Medical School. He was not involved in the study.

But will anyone today risk the time and money needed to determine whether DFDT could be a safe and effective tool against malaria as well as other mosquito-borne diseases like Zika, dengue and yellow fever?

"Donors, governments, they just don't want the backlash, even if it's not wholly justified," said Bart Kahr, Ward's colleague at NYU and an author of the paper.

The effectiveness of DDT, an abbreviation for dichloro-diphenyl-trichloroethan, as an insecticide was first discovered in 1939 by Paul Hermann Muller, a Swiss chemist. His company, J.R. Geigy, in Basel, patented the compound.

DDT is what is known as a contact insecticide. "The insects have to walk on the crystals in order to die," Kahr said. After DDT is absorbed through an insect's feet, it binds to nerve cells, causing them to become stuck in the "on" position, firing continuously. The compound does not have that effect in mammals.

The United States and other Allies licensed DDT from Geigy and manufactured as much as they could to control malaria and typhus during World War II. After the war, DDT was widely used by farmers, and over the years, 2 million tons of the insecticide were sprayed. 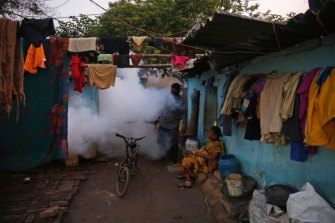 An Indian health worker fumigates to prevent the spread of mosquito-borne diseases in Allahabad, India.Credit:AP

An aggressive effort by World Health Organisation to eradicate malaria in 1955 succeeded in some parts of the world, but many mosquitoes subsequently developed resistance — the survivors were more likely to possess a genetic trait that protected them from the poison, which they passed to their many offspring. The disease roared back.

"We knocked them down, and then after a while they fly away," Gubler said.

A turning point leading to the decline of DDT was the publication in 1962 of Silent Spring by Rachel Carson. The book was a harbinger of the environmental movement, documenting the ecological devastation caused by indiscriminate use of insecticides. DDT molecules endure for decades and accumulate in animals higher up the food chain.

The United States banned DDT in 1972, and many other nations followed. It was banned in Australia in 1987.

Kahr and Ward think the outcome might have been different if the substance developed by the Nazi-era scientists had been used instead.

The compound, difluoro-diphenyl-trichloro-ethane, is the same molecule as DDT, except with fluorine atoms replacing two of the chlorines. The Germans developed DFDT at least in part to avoid paying the licensing fees for DDT to the Swiss. It is also possible that the chemical ingredients for DFDT, although considerably more expensive at the time than those for DDT, may have been more readily available in wartime Germany.

Allied military officials noted the German use of DFDT but concluded that claims of superiority to DDT "are not clearly supported by their meager and inadequate tests against houseflies."

As DDT use burgeoned, DFDT was forgotten, even after Paul Hermann Muller, who won the Nobel Prize in medicine in 1948 for his work with DDT, praised DFDT, noting that it killed mosquitoes more quickly.

In the NYU experiments, DFDT killed off half of the mosquitoes subjected to it in about half an hour, compared to a couple of hours for DDT.

Kahr wonders: If DFDT had displaced DDT, would the 1955 push have succeeded in bringing malaria under control before resistance set in? "What if this compound wasn't forgotten," he said. "What would the world be like? Science doesn't go as linearly as the general public thinks it does."

Contemporary experts in insecticide use are sceptical of DFDT's prospects as a solution to malaria, pointing to similarities in its chemical structures to DDT's.

"I suspect that the mode of action of DFDT is probably identical to DDT in this respect," said Jeffrey  Bloomquist, a professor of insecticide toxicology and resistance at the University of Florida. "So there would be cross resistance to it in the field, even though it has not been in use."

The NYU scientists are planning to collaborate with Ke Dong, an entomologist at Michigan State University, to test DFDT on DDT-resistant mosquitoes. "We will see," she said.

If DFDT can kill those, it potentially could be an important new tool — insecticide resistance can be minimised by periodically switching to a different insecticide. And the amounts needed for battling malaria are small.

"What the environmentalists don't say and realise is that if it's used for public health and not agriculture, there's very little environmental impact," Gubler said.

But the study's authors agree that more research would be required to prove that hypothesis.

"We're not in a position to say this should be used now," Kahr said. "We don't know the real environmental impact and the toxicology and effect on ecosystems, and all of that stuff would have to be studied by other scientists that aren't really us." 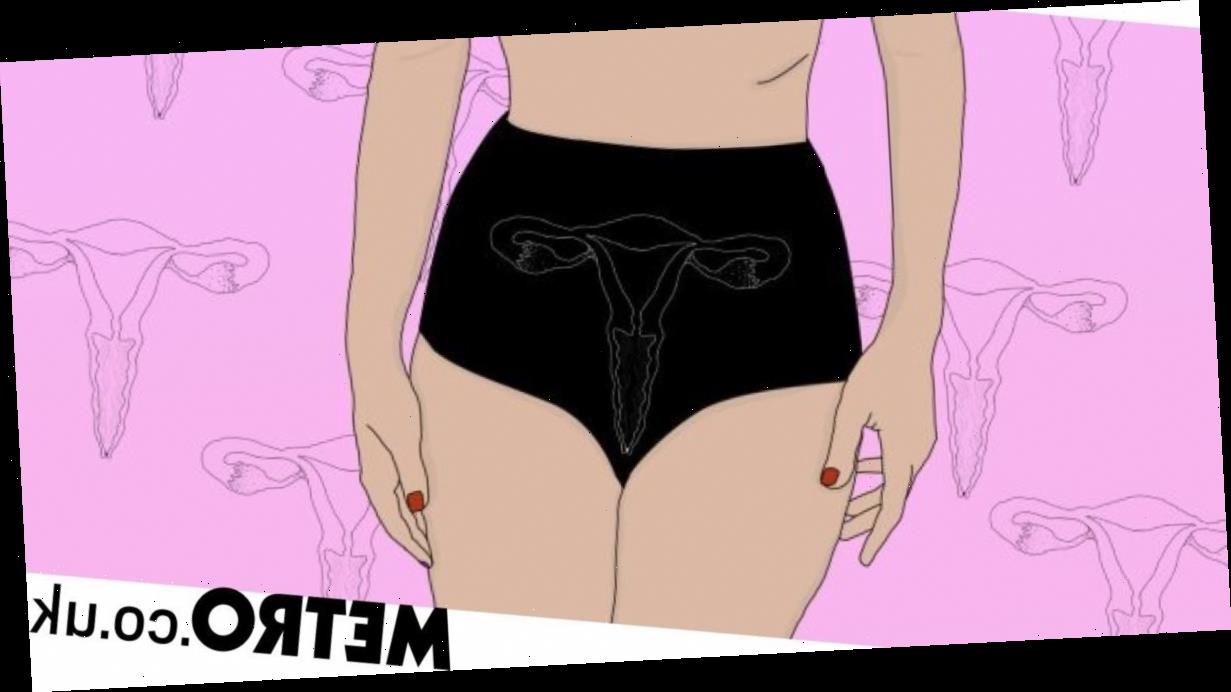 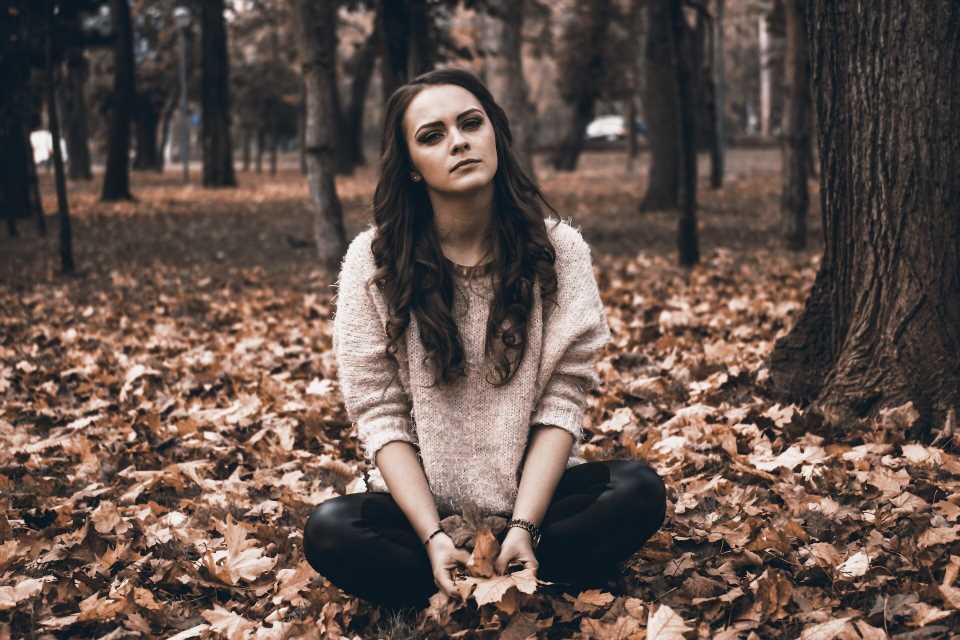 Is it safe to reopen schools during the pandemic?
Health Problems