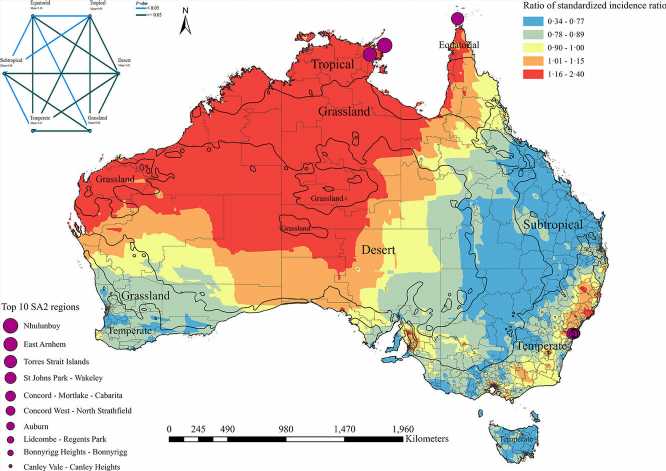 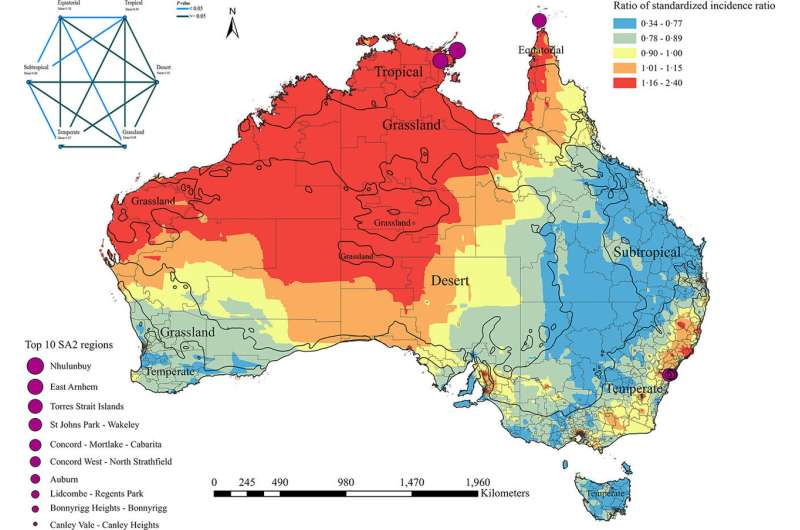 Professor Wenbiao Hu from the QUT School of Public Health and Social Work said the team had looked at the possible influence of environmental changes given that liver cancer had increased in the face of decreases in known risks for this cancer.

“Hepatitis B and C infections, the main drivers of liver cancer, have dropped considerably owing to antiviral treatment and prevention strategies which suggests other factors are contributing to the increased liver cancer.”

Professor Hu said the rising trend for liver cancer contrasts with other cancers such as lung cancer which is the cancer with the highest mortality in Australia and shares the risk factors of smoking, alcohol and obesity, as liver cancer.

“Because the geographical distribution of important risk factors and high-risk areas of lung cancer are similar to that of liver cancer in Australia, lung cancer is a more suitable control for liver cancer than other common cancers such as prostate, breast and skin cancer,” he said.

“Our team considered the proven risk factors and causes of liver cancer including the lesser-known carcinogenic aflatoxin, a type of fungus found on crops such as maize, peanuts, rice and soy beans that is more prevalent in tropical countries.

“It is estimated that about 4.6–28.2% of hepatocellular carcinoma (HCC) could be attributed to aflatoxin, suggesting that the role of aflatoxin in the development of liver cancer should not be ignored.

“The optimal growth temperature for Aspergillus (the fungus that produces aflatoxin) is 25–40 °C which overlaps with the temperature in tropical and subtropical regions.”

Research team member Ph.D. candidate Ting Gan said the results of the comparison of the incidence of each cancer in the same region had supported their hypothesis that liver cancer was linked to climate.

“Our analysis shows most of the equatorial regions are overwhelmingly at high risk for liver cancer,” Ms. Gan said.

“The top three high-risk areas are Nhulumbuy, East Arnhem and Torres Strait Island with each area having more than twice the risk of other regions.

“The past seven years have been the hottest on record, with an average temperature increase of 1.11 °C in 2021 compared to the latter half of the 19th century, according to the World Meteorological Organization.

“Although the hazardous effects of climate change on health are increasingly recognized as wide-ranging, the potential for an association with liver cancer has not yet to be explored.”

“Does global warming increase the risk of liver cancer in Australia? Perspectives based on spatial variability” was published in Science of the Total Environment.