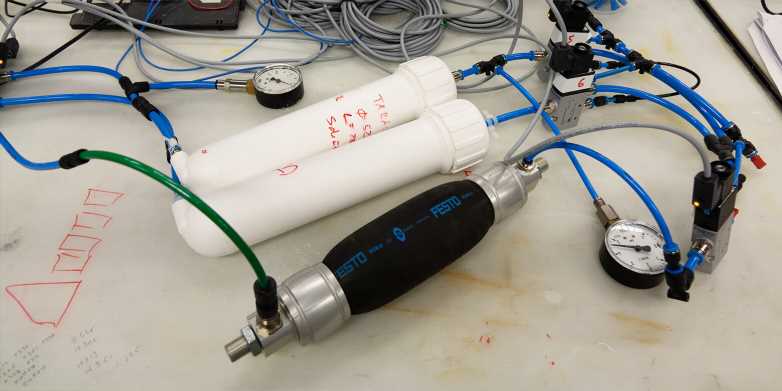 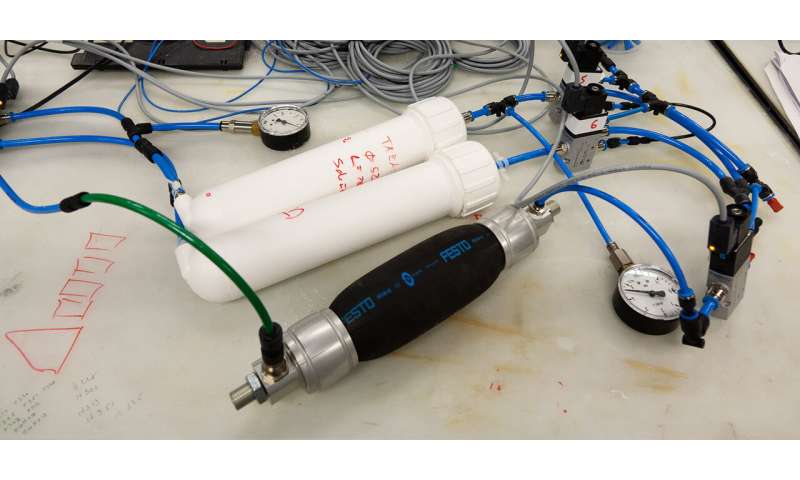 The new virus is conquering the world. The more people who become infected with Sars-CoV-2, the more cases there will be in which severe illness will occur. In these cases, the virus penetrates the lower respiratory tract, causing the body’s own defense system to attack the affected lung tissue. Patients suffer from acute symptoms from shortness of breath to outright respiratory distress.

“If half of the surface of the lungs are damaged, it takes twice as much oxygen in the air we breathe to ensure that the body receives an adequate supply,” says Wendelin Stark, Professor at the Institute for Chemical and Bioengineering, as well as Head of the Functional Materials Lab at ETH Zurich. Since there are still no effective drugs or a vaccine against COVID-19, those affected must persist in surviving the disease until symptoms subside, usually a period of two to three weeks. “Oxygen can buy time,” says Stark.

Masks are not the only bottleneck

It is already clear that there is an increasing shortage of masks and ventilators. Stark fears that the rapid spread of the virus will lead to another bottleneck: “A rigorous analysis shows that more equipment is needed to enrich oxygen. Especially in low-income countries, such as the Middle East or Africa, where there are only a few intensive care units available.”

ETH Zurich researchers are pursuing two different strategies. On the one hand, Samuel Hess and Elia Schneider, both of whom studied under Stark for their doctorates, rely on a novel membrane technology. The membrane enables them to separate molecules of different sizes. “The pore size of our membrane can be precisely adjusted, which makes our technology platform versatile,” says Hess. UniSieve AG, an ETH spin-off with which Hess and Schneider commercialize membrane technology, already produces a membrane that separates oxygen from nitrogen. The UniSieve team is now processing this membrane into cartridges that can enrich oxygen using compressed air.

On the other hand, in response to the pandemic, Stark and his team are designing oxygen concentrators that are as simple and as cost-effective as possible. “It motivates us that we, as engineers, can contribute to improving the situation,” says Stark. “We have already created several prototypes, that we are currently expanding and improving,” adds Robert Grass, Stark’s co-pilot in this project. “On the project website, we publish our construction plans and videos with the aim that the oxygen concentrators can be replicated almost anywhere in the world—with materials that are available everywhere.”

Like the commercially distributed devices, the prototypes from Stark and his team also contain columns filled with a material called Lithium X-zeolite. The material has very small pores and a special chemical structure, so that the oxygen molecules in the air pass through, but the nitrogen molecules remain trapped. It is, therefore, sufficient to force air through the column in pulses to enrich the oxygen in the gas mixture.

The problem is that Lithium X-zeolite is expensive and only highly specialized companies offer this material. Stark and his team have therefore produced the microporous material themselves from a desiccant—a drying agent—and lithium batteries—at home in their spare rooms that they converted into makeshift research laboratories. Stark and his team have calculated that three good laptop batteries can produce enough Lithium for a patient ward. 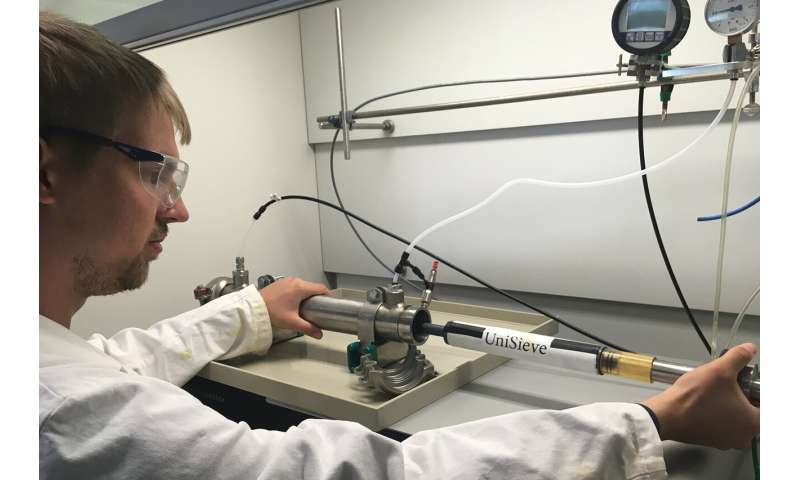 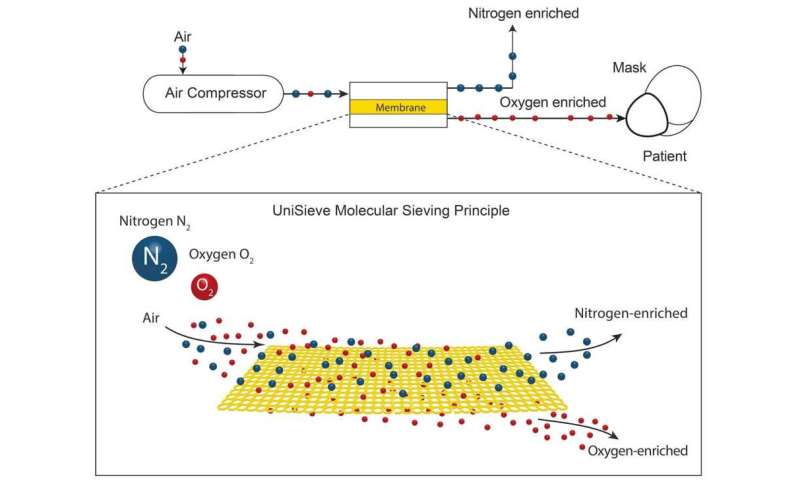