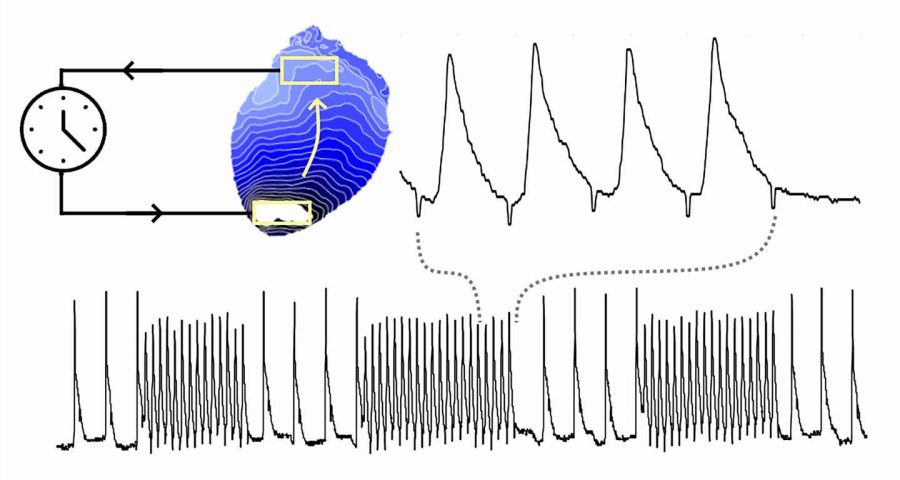 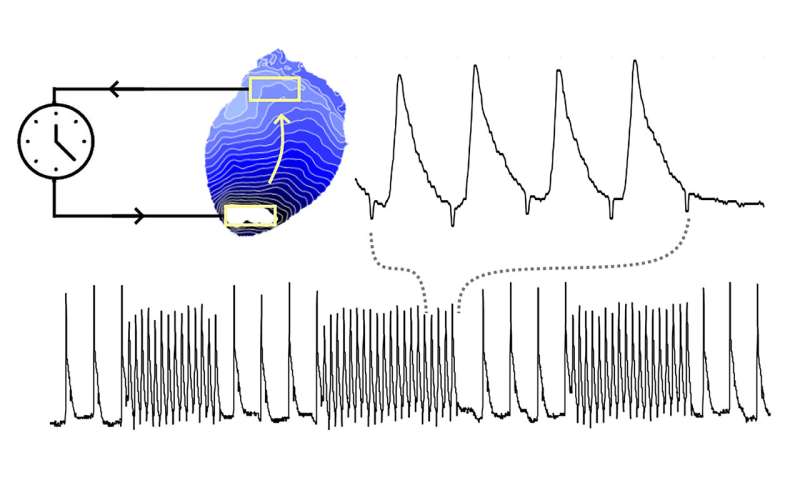 In Chaos, researchers use mice to study tachycardias and find there are intrinsic mechanisms that exist in heart tissue that they hypothesize lead to the self-termination of rapid cardiac rhythm.

“A tachycardia is a heartbeat continuously activating the heart, like a toy train endlessly going around a circular track,” said co-author Leon Glass.

The researchers modeled tachycardias in a mouse heart by detecting the wave in one part of the heart and stimulating another part at a fixed time later. They discovered that small changes in the delay lead to either endless circulation or self-termination of the cardiac waves.

During the circulation of the wave and before the termination, there was often an alternation of wave characteristics, such as one cycle proceeding faster and the next being slower. The researchers used optogenetics, a set of tools that allows them to stimulate and control cardiac waves with light, rather than by standard methods of electrical stimulation.

Alternating dynamics, called alternans, in the heart have been associated in the past with initiation of tachycardias. Consequently, efforts have been made to eliminate or reduce alternans.

“Paradoxically, we find that alternans can also facilitate self-termination of tachycardia and might be beneficial,” said co-author Gil Bub.

The optical, real-time feedback control system can be used for a wide variety of innovative experiments beyond this specific research.

“We could extend the work to study control of other geometries of abnormal cardiac wave propagation such as spiral waves. It can also be applied to the nervous system where there are abnormal bursting rhythms such as epilepsy,” said co-author Leonardo Sacconi.