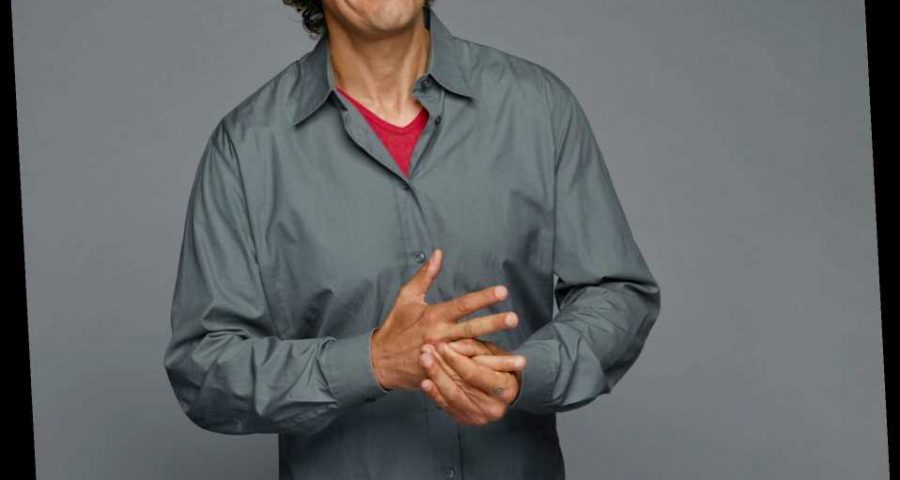 With his new comedy special, Gary Gulman hopes to make it easier for people to discuss mental health — mostly by making the taboo subject comedic and relatable.

“The easiest way and the most comfortable way for me to address anything real is to make jokes about it,” the comedian, 49, tells PEOPLE.

And that’s exactly what he does in The Great Depresh on HBO, a unique comedy special that splices Gulman’s deeply personal stand-up routine with actual footage of his life as he worked to combat depression and anxiety.

“I got such a reward for opening up about this,” he says. “I thought that this was a great way to sort of redeem the experience and exact some revenge on the time lost and that it was actually a way to, I guess, make the two-and-a-half years that I had suffered not be just useless.”

For more on Gary Gulman, pick up a copy of this week’s PEOPLE on newsstands Friday.

He adds: “That there was some purpose to it and that I could be helpful and of service.”

The dark time Gulman refers to is his battle with depression, an illness that he’s dealt with since he was a child. In 2015, however, it landed him in the hospital.

“By the time I did go in, there was no question that that’s where I belonged,” he said of his time under professional care. “I wasn’t functioning on any level.”

During the worst of his bouts with depression and anxiety, Gulman was unable to get out of bed, and he often imagined suicide methods.

“I was spending every moment I was awake — which was sometimes only like five or six hours a day — … in pain from anxiety and also just contemplating painless suicides and ruminating on mistakes and regrets,” he recalls.

Thanks to medication, psychotherapy, electroconvulsive therapy and support from family and friends, he was able to emerge from the low point to resume his career.

As for the title of his comeback comedy special, he says the pet name for depression is a way of softening the topic to get more eyes and ears on an important issue.

“I had called it that to sort of lighten the impact of the illness,” he says. “I mean, I either consciously or subconsciously figured out that people would feel more comfortable if you were immediately making fun of it.”

If you or someone you know is considering suicide, please contact the National Suicide Prevention Lifeline at 1-800-273-TALK (8255), text “STRENGTH” to the Crisis Text Line at 741-741 or go to suicidepreventionlifeline.org.

For pregnant women with heart disease, multidisciplinary care may be essential
Health Problems