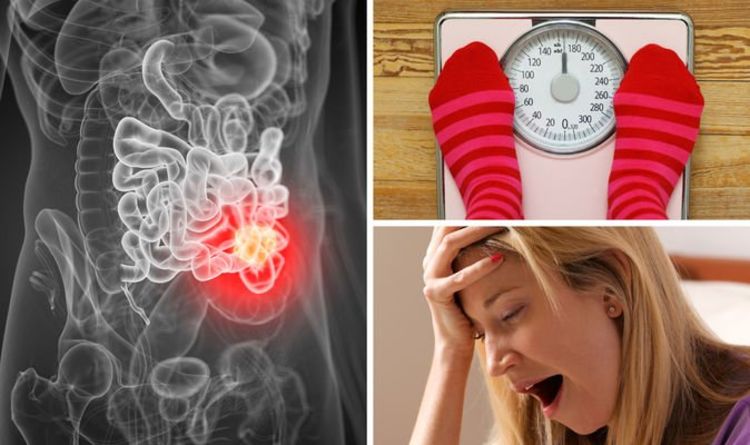 Bowel cancer is one of the most common cancers to be diagnosed in the UK, according to the NHS. It’s a general term for any cancer that develops in the large bowel, and it may sometimes be known as colon or rectal cancer. The early warning signs of bowel cancer can be very subtle, and many people may not be aware that they’re at risk. One of the most common symptoms to look out for is finding blood in your poo.

Bowel cancer is very treatable but the earlier it is diagnosed, the easier it is to treat

Everyone should look out for any signs of blood in their stool, warned charity Bowel Cancer UK.

The bleeding may not necessarily be caused by bowel cancer, but it’s still worth speaking to a doctor if you find blood.

Look out specifically for stools that appear dark red or black, as it’s more likely to be caused by blood from higher up in the bowel.

“Bowel cancer is very treatable but the earlier it is diagnosed, the easier it is to treat,” said Bowel Cancer UK.

“People whose cancer is diagnosed at an early stage have a much higher chance of successful treatment than those whose cancer has become more widespread.

“If you have any symptoms, don’t be embarrassed and don’t ignore them. Doctors are used to seeing lots of people with bowel problems. 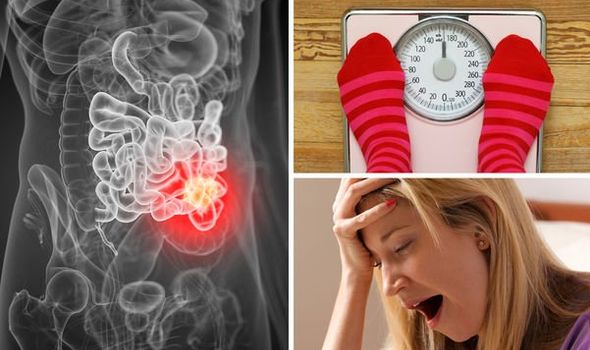 “There are several possible causes of bleeding from your bottom or blood in your bowel movements. Bright red blood may come from swollen blood vessels [haemorrhoids or piles] in your back passage.

“Dark red or black blood may come from your bowel or stomach. Tell your doctor about any bleeding so they can find out what is causing it.”

Unexplained weight loss could also be a sign of bowel cancer, it added.

You should speak to a doctor if you lose more than five per cent of your body weight within a six to 12-month period. 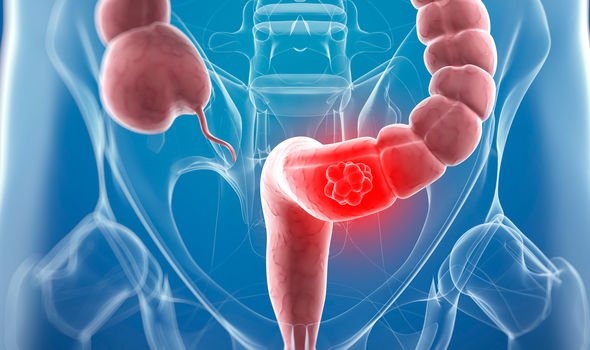 Meanwhile, other bowel cancer symptoms include persistent tiredness, and a change to your bowel habit.

Your stool may seem looser or more watery than normal, or you may find yourself going to the toilet more often than normal.

If your toilet habits have changed for more than three weeks, it’s a good idea to speak to a doctor.

But, most people with these symptoms don’t have bowel cancer. They’re more likely to be caused by something less serious, including constipation, irritable bowel syndrome, or Crohn’s disease.

More than 40,000 new cases of bowel cancer are diagnosed in the UK every year.