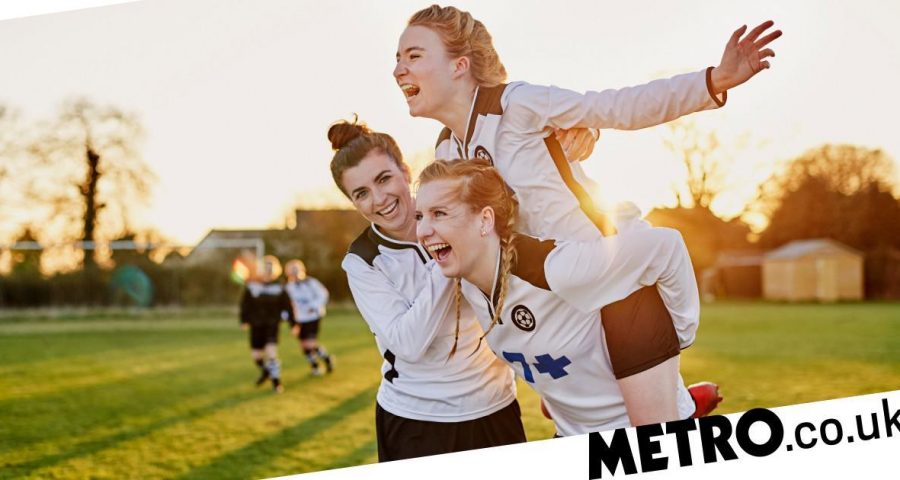 Being on your period is never fun.

Along with the aches and pains, mood swings and constant fear of leaks, menstruating can also make you feel lethargic, sluggish and generally run-down.

According to Sport England, 40% of women aren’t getting the recommended levels of daily exercise, and taboos and stigma around periods could be part of the reason why.

A new campaign – Blood, Sweat and No Fears – is launching to tackle this unspoken barrier to participation in women’s sport.

Everyone responds differently to their periods – some lucky women sail through every month, but others are wiped out by the symptoms – and this even happens to Olympic athletes.

And the stigma around periods is still preventing some women from getting the support they need.

The campaign, created by FabLittleBag, the biodegradable sanitary bag company, wants to raise awareness and look closer at the effects that periods have on women in sport – from grassroots to elite level.

How can periods effect sports performance?

For elite sportswomen, competing whilst suffering extreme symptoms can make all the difference to the outcome, but the symptoms do vary greatly.

Paula Radcliffe broke the world record for the women’s marathon despite suffering period cramps, yet others have cited menstruation as a factor in a weaker performance.

‘Exercise and sport can be great for boosting your health, well being and confidence. But for some people their period can be a real barrier to this,’ says gynaecologist, Dr Anita Mitra.

‘Concerns about leaking, pain, and generally whether it’s safe are common concerns that my patients voice.

‘I really welcome this campaign so that we can get everyone talking, and help empower them to live their lives the way they wish, period or no period.’

Aside from the medical aspects, there are also practical issues around managing periods, which are often overlooked.

When travelling to away fixtures or participating in outdoor sports, women can find themselves with no way to dispose of tampons and pads.

‘We’ve spoken to hundreds of women about periods and many feel anxiety about disposal,’ says Martha Silcott of FabLittleBag.

‘Will there be a sanitary bin, will it be overflowing and untouchable? What if there’s no loo roll? What if I flush my tampon and block the loo? These are real concerns that are not currently being addressed.

‘We’ve launched the Blood, Sweat and No Fears campaign to raise awareness and investigate the extent of the issue. The more we talk about this, the more we break down the taboo and demand the right help and facilities.’

Ama Agbeze MBE, is the former England netball captain. She has been playing sport at an elite level for years and she knows exactly how much periods can effect her and the women on her team.

‘Being on your period is a pain – sometimes literally,’ says Ama.

‘It’s a worry in games that you might have an accident which could end up visible to everyone. I’ve had those horrifying day dreams and I know plenty of others who have too.

‘Sometimes on your period you just want to crawl up and have a bed day. There shouldn’t have to be a period every month when we struggle – and I don’t mean those days before pay day!

‘I’m also sure lots of people have experienced being on their period and used the bathroom as a guest somewhere, and faced the issue of there not being a bin to dispose of used sanitary items.’

Kate Dale of Sport England adds: ‘It’s astounding that there are still so many taboos surrounding periods – half the world’s population have them for a large part of their life.

‘This squeamishness can stop us taking part in the things that actually make us feel physically and mentally better.

‘I’m delighted to back the Blood, Sweat and No Fears campaign – physical activity is so life enhancing, I don’t want women and girls to feel they have to drop out every month.

‘Sharing our fears and discussing the logistics will really help to feel normal about something that is completely, well, normal.’

Get involved with the Blood, Sweat and No Fears campaign

It’s important to stress that periods are not an illness, but part of being a healthy woman.

The oestrogen produced during the menstrual cycle contributes to our bone strength, something that is essential to all those who enjoy sport.

But it has also been noted that professional sportswomen sometimes sustain more injuries during their period.

‘This subject has not been properly investigated before so we are intrigued to find out more,’ says Martha from FabLittleBag.

‘That’s why we are encouraging everyone to share the survey widely. There’s a great prize up for grabs as an added incentive for completing the survey! We look forward to sharing the results of the survey next month.’

The campaign will run a short survey into women’s experiences, to reveal the extent to which period problems are a factor in sports participation at every level. This will allow sports organisations to respond with the right support.

To encourage women to open up about their experiences with periods and sport, everyone who takes part in the short survey will be entered into a competition.

One winner will receive a bundle to help them have a happier period, including a Livia pain relief set, Fit Kit sports shower gel, Freda organic sanitary starter box, plus a three-month supply of biodegradable FabLitttleBag disposal bags complete with a dispenser. The whole thing is worth £175.

So share your experiences and help to open up the conversation and smash period taboo for good.