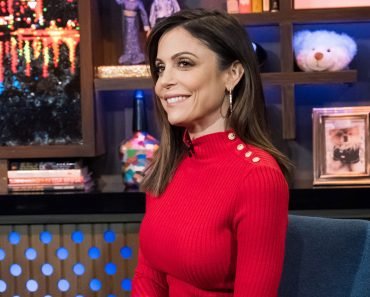 Real Housewives of New York star Bethenny Frankel had a pretty scary weekend—all because of a bowl of soup.

Bethenny, 48, revealed on Twitter Monday that she was hospitalized over the weekend after a near-fatal allergic reaction to fish.

“I couldn’t talk, see, thought I had a stroke & dying & told if 5 mins later I’d be dead. 911 & EPI saved me. I’ll never not carry an #epipen,” she continued, also tagging the hospital she was treated at: Newton-Wellesley Hospital in Newton, Massachusetts.

Bethenny also went on to say she has a non-shellfish allergy. “It’s very unusual & confusing so I keep it to myself bc it is hard to describe,” she wrote in response to a fan who said she knew someone with the same allergy.

It’s very unusual & confusing so I keep it to myself bc it is hard to describe. https://t.co/brB1WtYCmu

Hold on…a non-shellfish allergy? What is that?

Allergies are the result of a reaction that starts in your immune system, according to the American Academy of Allergy Asthma & Immunology (AAAAI)—in Bethenny’s case, her , immune system identifies fish as an allergen.

When you come into contact with an allergan, your body makes antibodies called Immunoglobulin E (IgE) to counteract it. Those antibodies then attach to cells in your skin, lungs and gastrointestinal tract.

When you come into contact with that substance again, the cells release chemicals including histamine, which cause food allergy symptoms such as itching, hives, swelling, diarrhea, wheezing and a potentially life-threatening reaction called anaphylaxis, per the AAAAI.

The most common food allergies are to the proteins in cow’s milk, eggs, peanuts, wheat, soy, fish, shellfish, and tree nuts, the AAAAI says.

Most food allergy symptoms happen without two hours after someone is exposed, but sometimes it can take up to eight hours for a reaction to happen, the AAAAI says.

This part’s kind of crazy though: About 40 percent of adults with fish allergies say they didn’t have issues with the food until they were adults, per the American College of Allergy, Asthma, and Immunology.

If you suspect that you have a certain food allergy, talk to an allergist about getting tested. Depending on the results, they may recommend that you avoid certain foods and carry an auto-injectable epinephrine (a.k.a. Epipen) just in case you’re accidentally exposed to that food.