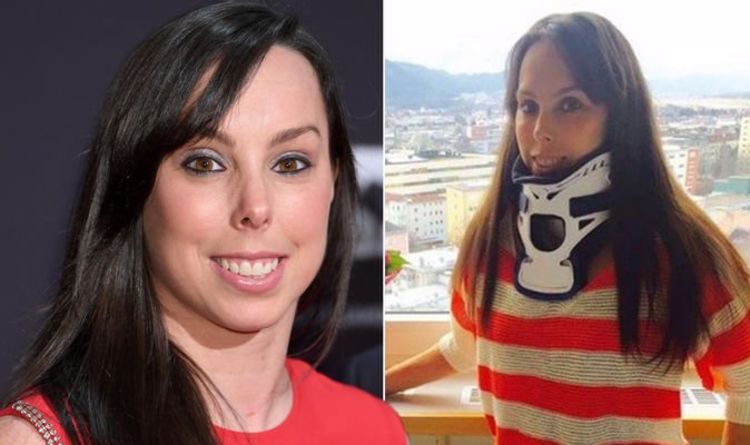 Beth Tweddle, 34, represented Great Britain at three Olympic Games. In 2013, the gymnast retired but still got involved in a variety of media and sporting work. In 2016, Beth participated in the third serious of Channel 4 reality contest show The Jump. But two weeks into the show she suffered a back injury and was forced to withdraw from the competition.

It was reported in February that year she had successfully undergone neck surgery to fuse two vertebrae together using a piece of her hip bone.

Broken bones can happen after an accident like a fall or being hit by an object.

But how do you know if it’s a broken bone, not just a muscle injury?

According to the NHS the three most common signs of a broken bone are:

But it adds it can sometimes be difficult to tell whether a bone is broken if it isn’t displaced.

If you’ve broken a bone you may also experience the following: 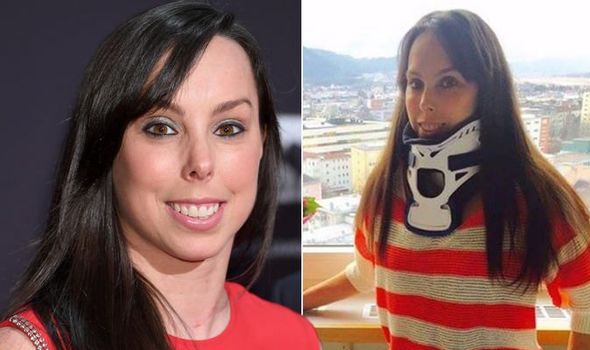 In addition you may also feel faint, dizzy or sick as a result of shock.

The health body further advises: “You should seek medical help as soon as possible if you think you’ve broken a bone. If you think you may have broken your toe or finger, you can go to a minor injury unit or urgent care centre.

“Go to your nearest accident and emergency (A&E) department for a broken arm or leg. Call 999 for an ambulance if the injury to the leg seems severe or you’re not able to get to A&E quickly.

“Very severe suspected breaks, such as a broken neck or back, should always be treated by calling 999.”

If you suspect a broken bone there are some key things to remember. 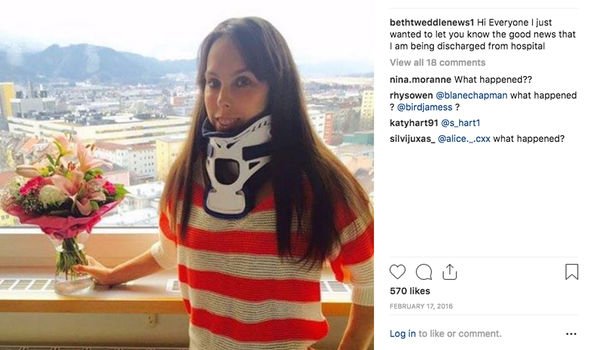 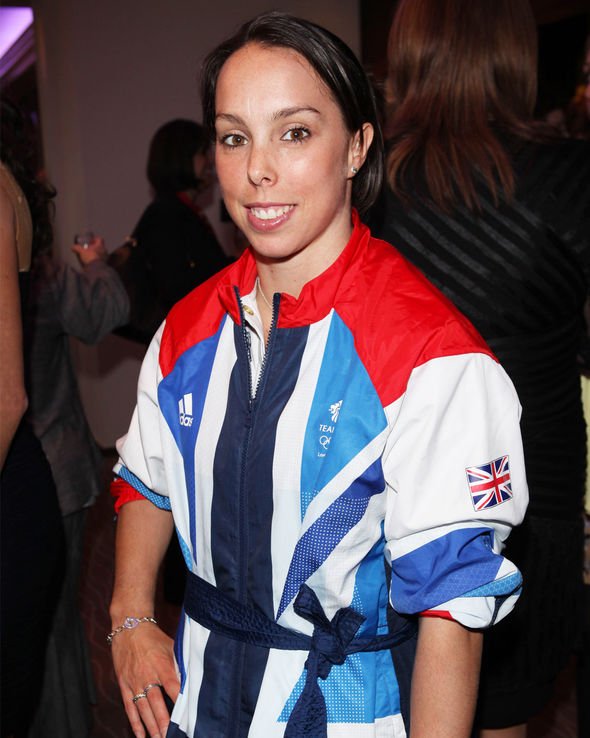 The NHS adds: “The broken bone must be properly aligned and held in place, often with a plaster cast, so it heals in the correct position.

“If you don’t receive the correct treatment, you could develop a serious infection or a permanent deformity. You may also develop long-term problems with your joints.

“It’s important not to eat or drink anything if you think you’ve broken a bone, as you may need a general anaesthetic (where you’re asleep) to allow doctors to realign it.

“Older people and those who have osteoporosis should be particularly careful, as their bones are weaker and may break more easily.”

Another sports star who has spoken about their health in the past is former professional tennis player Martina Navratilova.