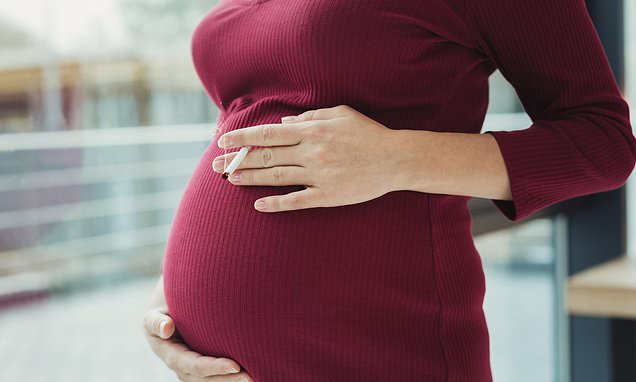 Pregnancy ‘delays onset of multiple sclerosis by more than THREE YEARS’: Study suggests hormones could be used to ward off the disease

Pregnancy may delay the onset of multiple sclerosis (MS) by more than three years, scientists have found.

A study of 3,600 women found women who were pregnant developed the condition on average 3.3 years later than their counterparts.

It also revealed women who carried their babies to full term experienced a longer delay in the development of the disease (3.4 years).

The breakthrough paves the way for research into new treatments to delay the onset of the crippling disease, such as giving patients a hormone that the body produces during pregnancy.

Multiple sclerosis is a debilitating condition which has symptoms including loss of mobility, sight problems, tiredness and excruciating pain.

It is caused when the immune system goes haywire and starts attacking the body, and is three times more likely in women than in men. As many as 100,000 people in the UK, and 400,000 in the US, are affected by the condition. 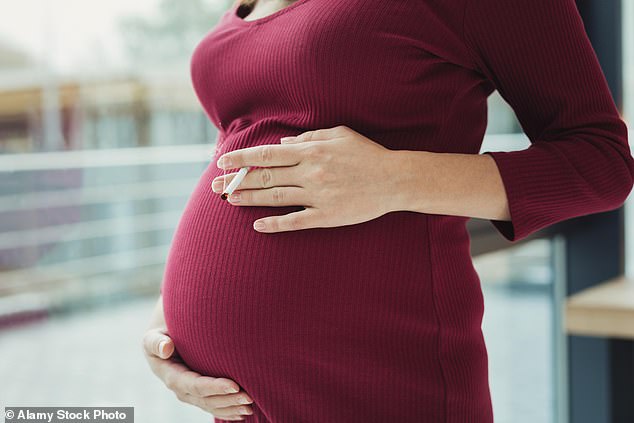 Women who were pregnant developed the condition on average 3.3 years later than their counterparts who were not, a study led by Australia-based Monash University has found (stock image)

The study, published today in the journal JAMA Neurology and led by Monash University in Melbourne, Australia, used a database of more than 70,000 MS sufferers from 35 countries to make the find.

Dr Vilija Jokubaitis, who led the study, said the delay may have been caused by changes in women’s DNA during pregnancy.

‘At present, we don’t know exactly how pregnancy slows the development of MS, but we believe that it has to do with alterations made to a woman’s DNA,’ she said.

The change may ‘switch off’ genes causing the over-activity in the immune system that leads to the condition.

It has been suggested that doctors could use hormones such as estriol – a weaker version of the oestrogen sex hormone produced during pregnancy – to delay the onset of the disease.

Co-author Professor Helmut Butzkueven, also from Monash University, said the study wouldn’t have been possible without the 16 years to collect the data.

‘The data provides a big picture view of MS causes, like this paper, and also helps clinicians decide on the best treatment strategies to prevent long-term disability in multiple sclerosis,’ he said.

‘Many of our huge questions need 10 years or more to get the answers, and only long-term systematic registry datasets like this, with buy-in from tens of thousands of patients, can do this.’

It comes after experts at the University of California, San Francisco, last month said a life-changing treatment for MS may be on the horizon.

Signs of the disease completely disappeared from nine out of 10 patients treated with an experimental drug.

More than 900 volunteers with a common form of recurrent MS were given shots of ofatumumab, an drug designed to alter the immune system, over the course of about one-and-a-half years, on average.

Within the first year of treatment, patients were having fewer flare-ups and their blood work showed far fewer signs of inflammation.

WHAT IS MULTIPLE SCLEROSIS?

Multiple sclerosis (known as MS) is a condition in which the immune system attacks the body and causes nerve damage to the brain and spinal cord.

It is an incurable, lifelong condition. Symptoms can be mild in some, and in others more extreme causing severe disability.

MS affects 2.3 million people worldwide – including around one million in the US, and 100,000 in the UK.

It is more than twice as common in women as it is in men. A person is usually diagnosed in their 20s and 30s.

The condition is more commonly diagnosed in people of European ancestry.

The cause isn’t clear. There may be genes associated with it, but it is not directly hereditary. Smoking and low vitamin D levels are also linked to MS.

The majority of sufferers will have episodes of symptoms which go away and come back, while some have ones which get gradually worse over time.

Symptoms can be managed with medication and therapy.