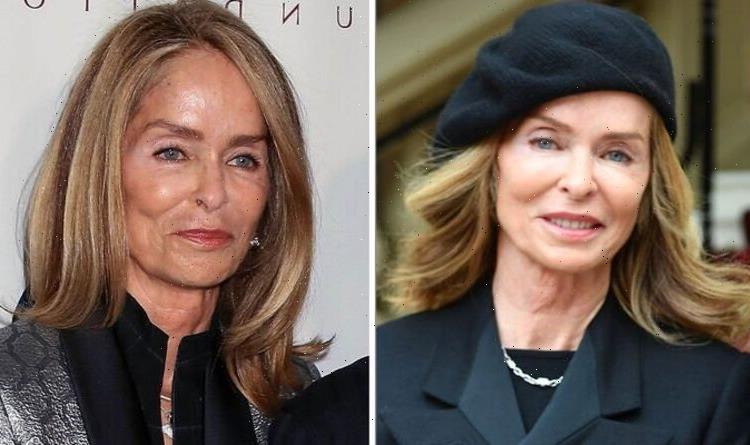 After appearing in the tenth James Bond film alongside Bond actor Roger Moore, Bach continued in acting as well as landing a feature in Playboy magazine. Away from acting however, Bach has struggled with alcohol and heavy drug use, something that both her and Starr did together at the start of their relationship. As the problem intensified, the pair spent four weeks in rehab back in 1988 and have remained sober ever since. The pair also adopted a vegetarian diet and started to grow their own produce, miles away from the rock ‘n’ roll lifestyle that nearly killed them back in the 1980s.

After the breakup of The Beatles, Starr turned to both alcohol and cocaine to try and beat boredom and depression.

With a solo career that wasn’t taking off by the mid-1980s, he was drinking 16 bottles of wine a day, something that Bach also soon got involved with as well.

Observing their behaviour, Starr said in the past: “We would sit around for hours and talk about what we were going to do, and of course I’d get so bleeding drunk I couldn’t move.

“I got involved with a lot of different medications and you can listen to my records go downhill as the amount of medication went up.

“I’ve got photographs of me playing all over the world but I’ve absolutely no memory of it. I played Washington with the Beach Boys – or so they tell me. But there’s only a photo to prove it.”

One friend of the couple way back in 1989, reportedly told the press: “They’ve both been drinking heavily every day for years. Ringo and Barbara also are cocaine users.

“Ringo was snorting up to a gram of coke a day, and Barbara said she’d been using about half a gram. In addition, Ringo has a history of smoking cocaine.

“Ringo said that since they married, virtually all they’ve done is sit in a room and use drugs. They were convinced they were gonna die unless they got help.”

The couple’s ludicrous amount of drinking became so severe that it affected the life of their two children, who were sent off to boarding school. Their daughter Francesca Gregorini said: “It was their drugs heyday. Their troubles made me a better academic.

“I was always hidden away in a room reading because Mum and Dad were out of it.”

It was after this terrifying ordeal that the couple went into rehab and kicked their bad habits for good. The pair are still happily married, something they credit for their longevity and tip top health.

“I love the man, and that’s it,” the Bond girl told People magazine back in 2015, with Starr adding: “There’s no escape… I think I love Barbara as much [today] as I did [when we met] – and I’m beyond blessed that she loves me and we’re still together.”

As well as a happy marriage, in the past Starr has opened up about his diet and exercise regime, that wife Bach inevitably gets involved with in order to stay as healthy as possible.

Starr told the Liverpool Echo back in 2006: “We’re vegetarians and we grow a lot of fruit and veg ourselves.

“I have broccoli with everything and blueberries every morning. I just do stuff that I feel is good for me.”

As well as a fruit and veg based diet, Starr went on to say that he thinks “staying active keeps you young,” so regularly trains with a trainer. However, there is no evidence to suggest that Bach does the same.

The NHS explains that remaining fit and doing exercise as you age is a key way to help you stay healthy, energetic and independant.

In fact, there is strong evidence that people who are active have a lower risk of heart disease, stroke, type 2 diabetes, some cancers, depression and dementia.

Ideally, adults should aim to do at least 150 minutes of moderate activity every week. This includes doing activities like: