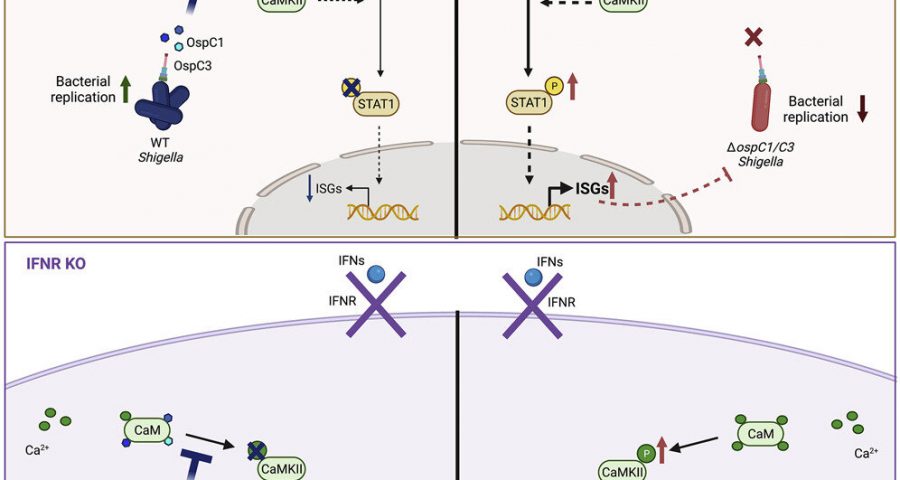 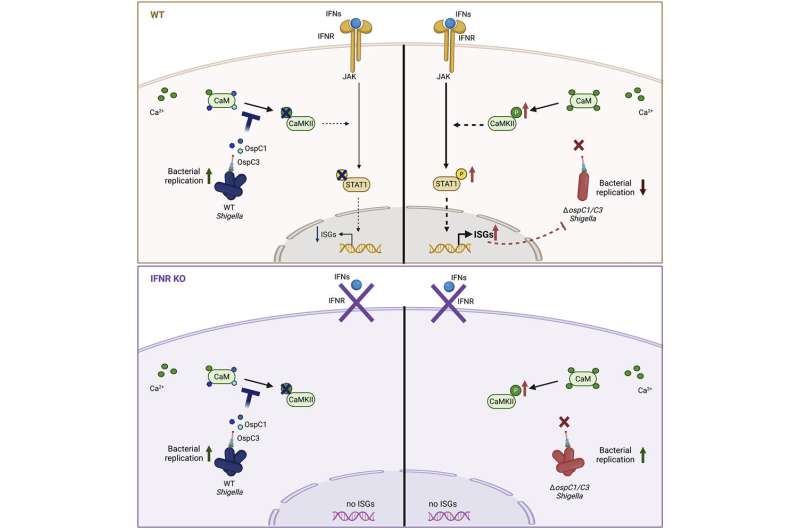 Bacterial infections, such as dysentery caused by Shigella, are responsible for millions of deaths each year, but whether these bacteria are also able to interfere with the body’s ability to fight the infection was previously unknown.

Researchers from the Schools of Immunology & Microbial Sciences and Basic & Medical Biosciences at King’s have shed light on the molecular process by which bacteria prevent cells from recognizing impending infection.

During infections, the cells which make up our body’s first line of defense release “interferons.” These warn neighboring cells and prepare them to fight off an incoming infection. Many viruses—including SARS-CoV2—have evolved proteins which inhibit normal interferon functions to infect us and spread within the population.

The study, published today in Cell, found that Shigella inject proteins into host cells termed “OspCs” that block the host interferon response. This allows Shigella to successfully infect the host.

Interestingly, OspCs blocked interferon signaling by preventing cells from adapting to changing concentrations of calcium—a molecular signal that usually warns a cell of infection and damage.

This is a newly identified strategy to trick our immune system and prevent us from mounting an effective immune response to infection by decoding host calcium signals.

“This study was another perfect example of how studying pathogens can not only lead to a better understanding of infectious processes, but can also reveal the complexity of host responses to infection,” says Dr Charlotte Odendall