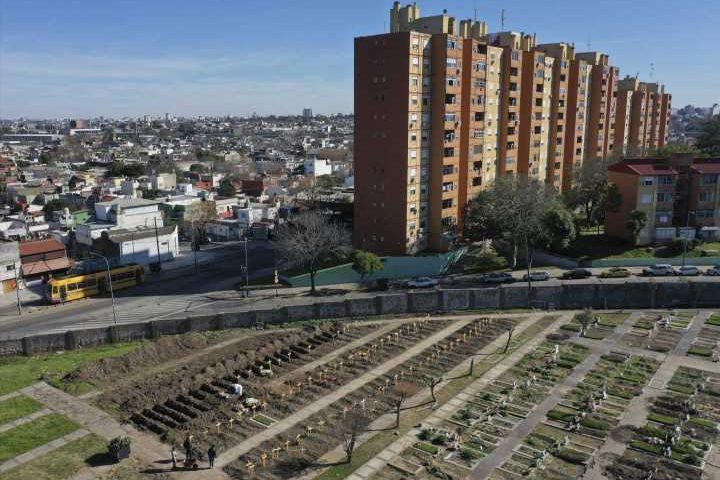 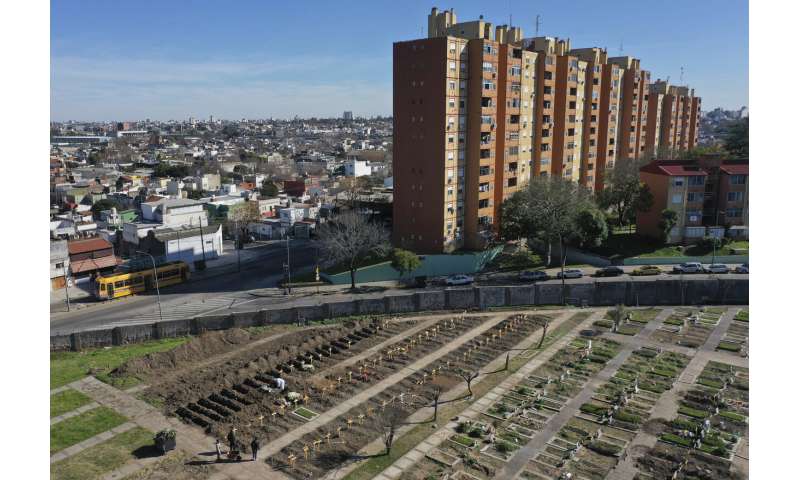 At the edge of Argentina in a city known as “The End of the World,” many thought they might be spared from the worst of the coronavirus pandemic.

Sitting far from the South American nation’s bustling capital, health workers in Ushuaia were initially able to contain a small outbreak among foreigners hoping to catch boats to the Antarctic at the start of the crisis.

But as Argentina passed 1 million virus cases Monday, it is now smaller cities like Ushuaia that are seeing some of the most notable upticks. Doctors have had to quadruple the number of beds for COVID-19 patients over the last month. At least 60% of those tested recently are coming back positive for the virus.

“We were the example of the country,” said Dr. Carlos Guglielmi, director of the Ushuaia Regional Hospital. “Evidently someone arrived with the coronavirus.”

Across Latin America, three other nations are expected to reach the 1 million case milestone in the coming weeks—Colombia, Mexico and Peru. The grim mark comes as Latin America continues to register some of the world’s highest daily case counts. And though some nations have seen important declines, overall there has been little relief, with cases dropping in one municipality only to escalate in another. 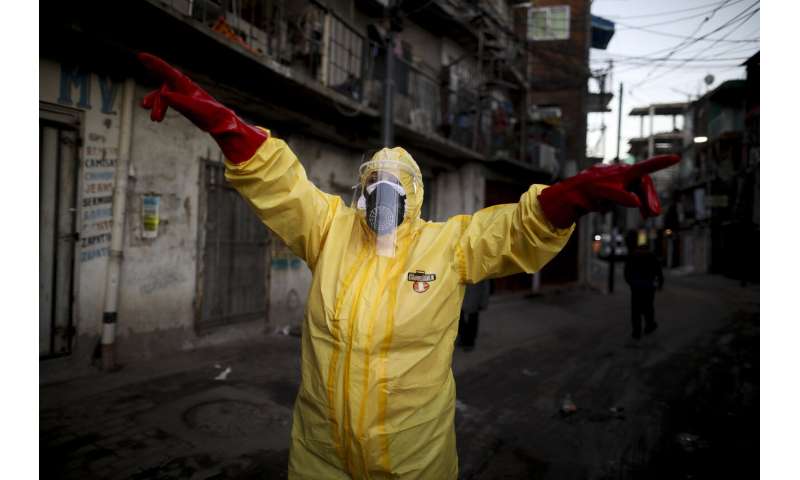 The trajectory is showing that the pandemic is likely to leave no corner of Latin America unscathed.

“The second wave is arriving without ever having finished the first,” said Dr. Luis Jorge Hernández, a public health professor at the University of the Andes in Colombia.

Argentina has seen cases spiral despite instituting one of the world’s longest lockdowns. Colombia’s major cities have seen a dip, but smaller areas like the department of Caldas in the coffee region are only now reaching a peak. Peru’s overall numbers have dropped, but officials recently reported 12 regions are spiking back up. Mexico, likewise, has seen a rise in a quarter of all states over the last week.

The result is that rather than a second virus wave like that being seen in Europe, epidemiologists anticipate a more sustained, plateau-like trend. 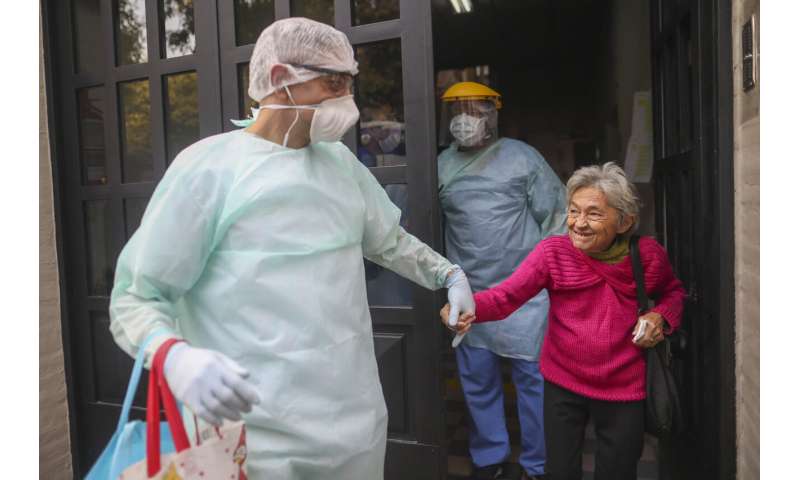 “Our countries are still getting out of the first wave,” said Dr. Marcos Espinal, director of the Pan American Health Organization’s Department of Communicable Diseases. “A great part of the population remains exposed and community transmission continues.”

The virus’ cruel path through Latin America is a consequence of weak public health systems, social factors like poverty and poor government decisions early on that resulted in flawed or limited testing and little contact tracing. Today the region is home to half the 10 countries with the highest total cases around the globe.

Argentina initially registered low virus case numbers but now has one of the highest rates of new daily infections per capita, according to Our World in Data, a non-profit online scientific publication based at the University of Oxford. It is on par with several European countries that are experiencing a resurgence of the virus. 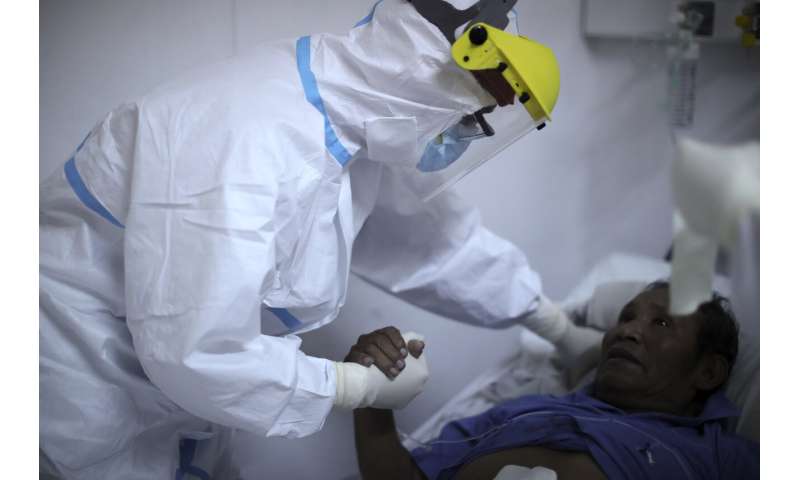 Dr. Adolfo Rubinstein, a former Argentine health minister, said the nation depended too heavily on lockdowns as its primary means of controlling the virus, failing to purchase enough tests in the initial months of the pandemic.

Where the virus is appearing is also shifting. Initially, up to 90% of the confirmed cases were in metropolitan Buenos Aires. Today, 65% of Argentina’s cases are in its provinces and even faraway places like Ushuaia, authorities said.

“Now it is everywhere in the country,” Rubinstein said.

Dr. Carissa F. Etienne, director of the Americas branch of the World Health Organization, warned recently that the coronavirus is appearing in places that were previously not affected, with high numbers popping up in regions like the English-speaking Caribbean.

“In many countries, the pandemic has also moved to less populated areas,” she said. 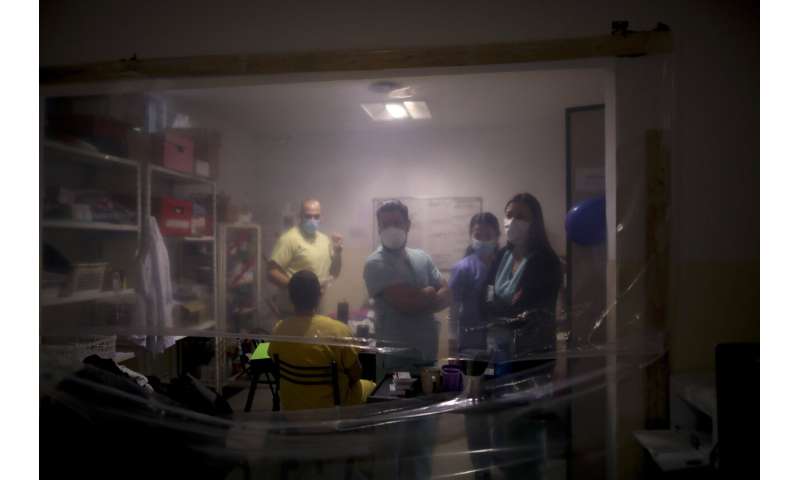 That can be seen not just in Argentina but in Colombia as well. The city of Manizales in a region known for its coffee farms now registers 440.98 cases per 100,000 residents, far higher than the nationwide average of 284.09 per 100,000, according to the Ministry of Health. Officials say the slower rise in cases allowed them to expand ICU capacity.

“Here we didn’t have a peak like in Europe,” Hernández said. “We had a plateau.”

Throughout the region, testing remains a hurdle. In Peru, officials have relied heavily on antibody tests to identify cases—even though the tests are not designed to make a diagnosis because they can only detect proteins that develop a week or more after infection. Argentina’s testing is still far below that of neighboring countries; on Sunday, just 13,890 were tested, compared to 31,988 the same day in Colombia. 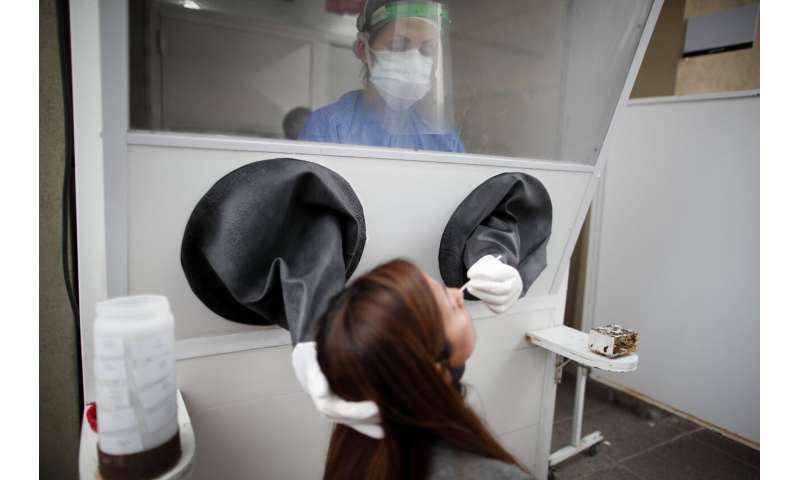 The high percentage coming back positive in Argentina suggests the country is still likely missing vast numbers of infections.

Brazil reached 1 million cases in June and now is up to 5.2 million for the pandemic.

“These are huge undercounts of what is really going on in terms of numbers,” said Felicia Knaul, director of the Institute for Advanced Study of the Americas at the University of Miami. “We need more consistent mask use—but we have to couple that with testing and tracing—or else the numbers are going to rise tremendously.”

In Ushuaia, officials believe truckers carrying in produce from the Buenos AIres region may be responsible for the rise in cases since mid-September. The city famous as a departure point for cruises to the Antarctic had been a model for the nation. Closed off air travel and a halt on tourism left it virus free for months. 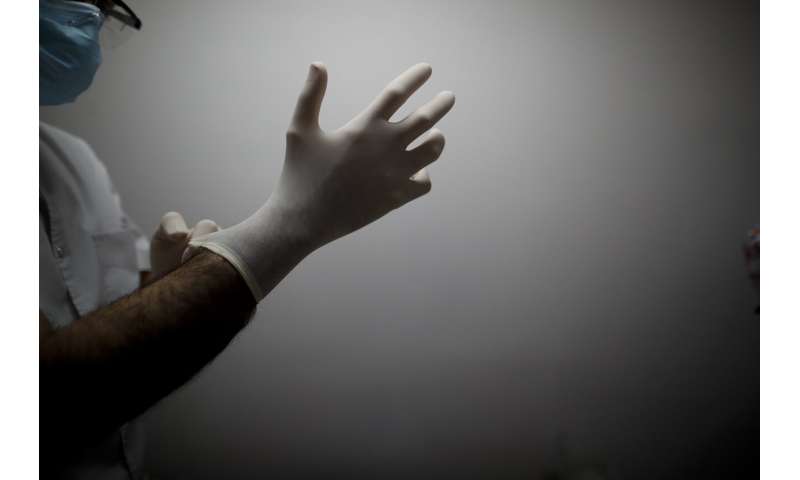 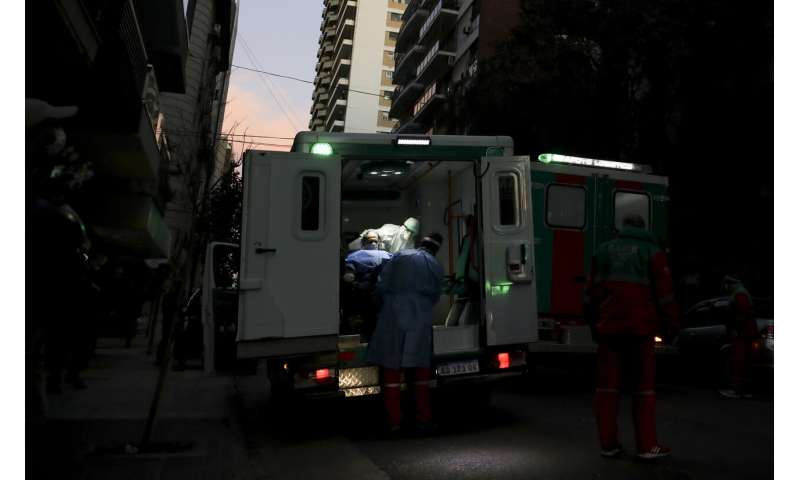 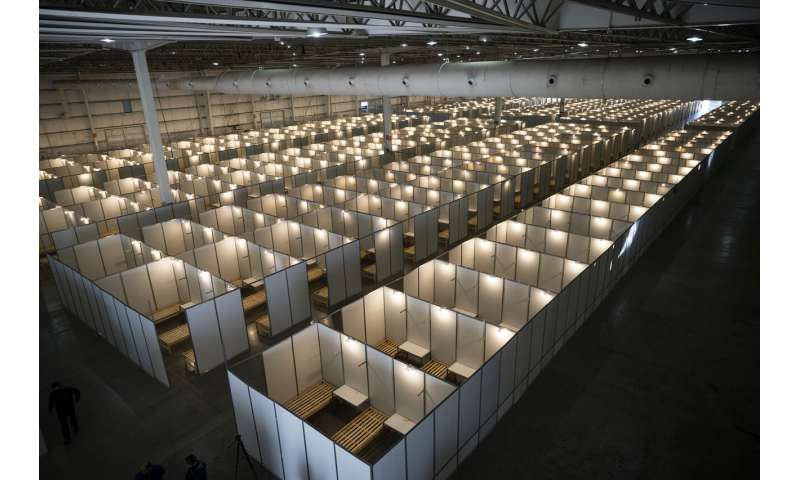 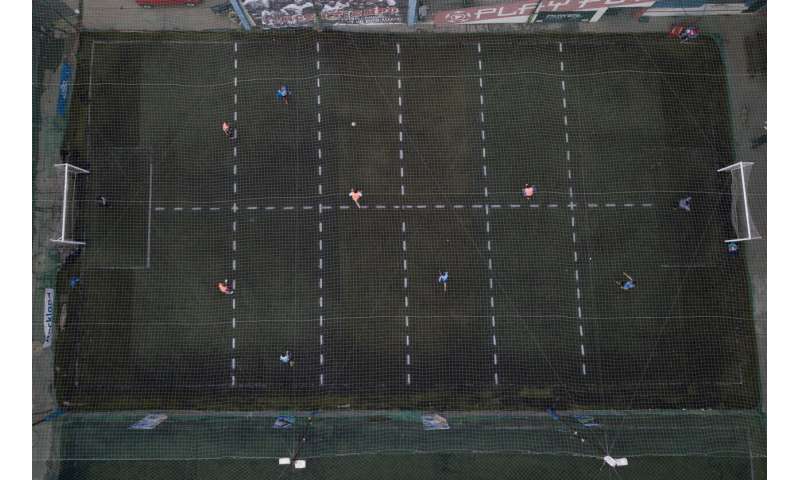 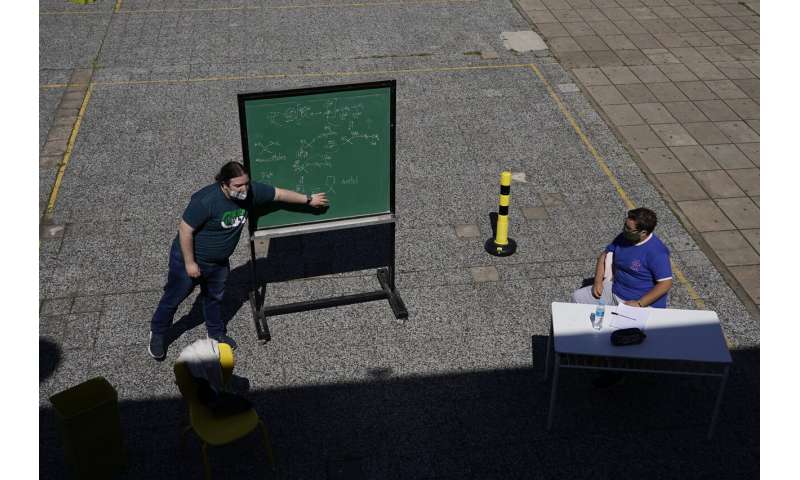 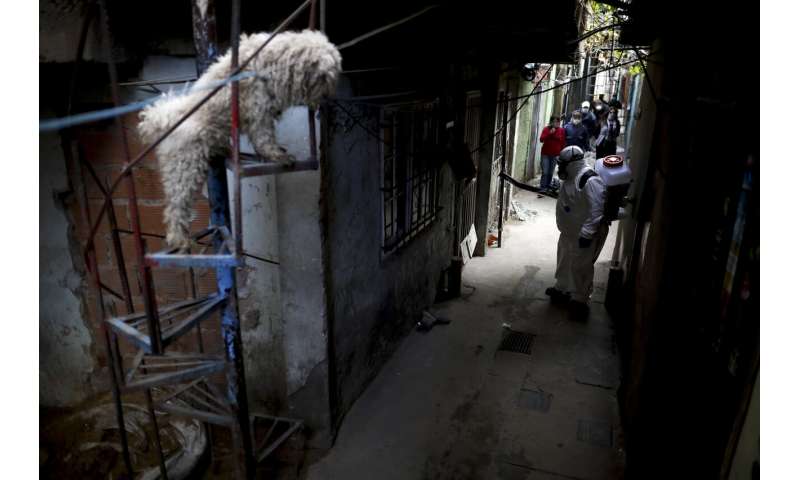 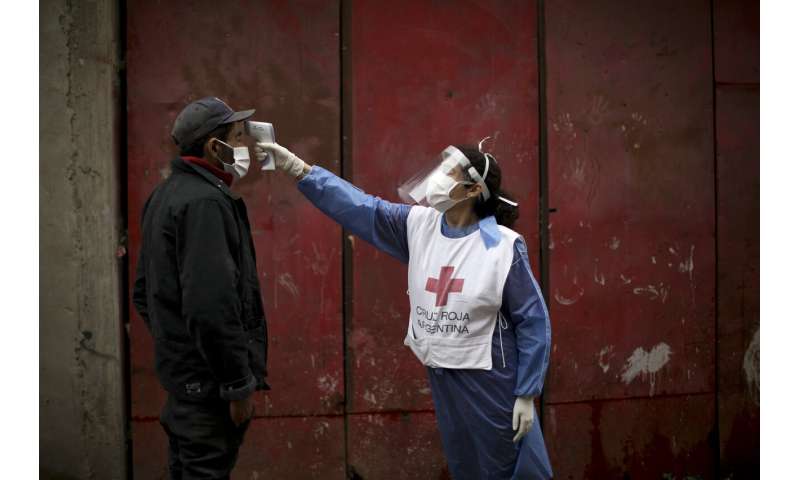 But that false sense of comfort may have led people to relax on basic pandemic norms like hand washing and social distancing. The Tierra del Fuego province, which has a population of about 150,000, now has over 8,000 confirmed cases.

In Ushuaia, anxious residents line up in their cars for drive-thru testing. A sports center that had been empty is now set up to take care of patients. One month ago, the regional hospital was treating just seven COVID-19 patients; now it has 28, occupying all of its bed set aside for adults with the illness.

“The failure in Argentina was the low amount of testing,” Guglielmi said.