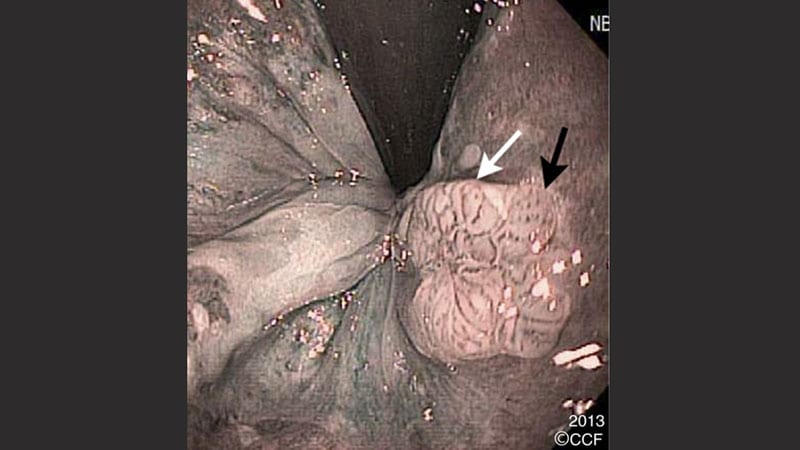 “There are relatively few people that do this at this time,” he added in an interview with Medscape, pointing out that among those who do, most are obstetricians/gynecologists.

A bit of digging into ANCHOR’s backstory revealed that this was a point of contention at the study’s onset. While physicians participating in the study received extensive training in high-resolution anoscopy, ob/gyns were the fastest to achieve competency and/or had the most prior experience, namely because of their experience in cervical cancer screening in women.

But initial objections by the American Board of Obstetricians and Gynecologists (which at the time, insisted that its members only treat women and threatened to remove their certification if they participated in the research), almost threw a wrench into the study’s start, according to a report in The New York Times. While rational minds prevailed and the board reversed its earlier statements, lack of ample training in the procedure may signal future barriers to treatment.

Another challenge lies in how study findings might be applicable to other groups outside of the HIV/AIDS population, such as people with other forms of immunosuppression who have HSIL, or even healthy women or men who are at risk as a result of penetrative/nonpenetrative sexual or nonsexual (eg, vaginal discharge to the anus) contact.

Although he was unable to share specifics at this time, Palefsky said that when they designed the ANCHOR study, they were aware that “merely showing efficacy wouldn’t necessarily be sufficient for establishing a standard of care, where[as] other pieces of information undoubtedly would be considered by entities that make guidelines” (eg, an examination of adverse events, risks/benefits, and factors that influence quality of life).

Study investigators have also collected samples for a biorepository of specimens that will hopefully facilitate a better understanding of the molecular events driving progression from precancer to cancer. “A lot of people with HIV have these high-grade lesions,” Palefsky said. “If we were able to identify who’s at highest risk of all of them, that would be very important because we prefer not to treat everybody with high-grade disease,” he noted, adding that the “underlying hope is that the biomarkers we find in the setting will also be relevant for other HPV-related cancers,” especially in women.

Yarchoan concurred. “One of the challenges is going to be to digest this information and see how to use it to potentially address the growing problem of females with HIV,” he said.

Palefsky, Sparano, and Yarchoan have disclosed no relevant financial relationships.

Liz Scherer is an independent journalist specializing in infectious and emerging diseases, cannabinoid therapeutics, neurology, oncology, and women’s health. For more from Medscape Oncology, join us on Twitter and Facebook