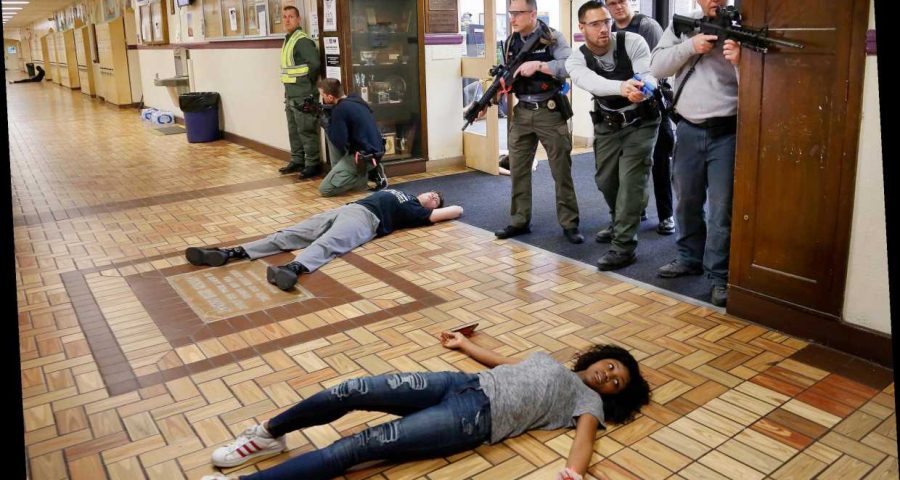 Active shooter drills may be commonplace in schools across the country, but many experts have raised concern that the simulations can be traumatic.

Meant as a way to prepare students in the rare event of a school shooting, the drills can be very realistic.

“What more schools are starting to do is to actually simulate what an active shooter situation would be like, which means they’re having someone dress up pretending to be the active shooter,” Melissa Reeves, a professor at Winthrop University and the former president of the National Association of School Psychologists, recently told NPR.

“They’re actually firing off blanks or they’re actually using rubber bullets in some of the trainings that we have seen,” she added. “What these drills can really do is potentially trigger either past trauma or trigger such a significant physiological reaction that it actually ends up scaring the individuals instead of better preparing them to respond in these kinds of situations.”

Jacyln Schildkrat, an associate professor at the State University of New York at Oswego, recently conducted a study that came to a similar conclusion about the dramatized drills. “All that causes is fear,” she told the Washington Post.

“A whole new cottage industry has emerged where people who don’t know anything about kids are jumping in and adapting protocols for groups like police officers or people preparing for combat,” Bruce D. Perry, founder of the ChildTrauma Academy, told The New York Times earlier this year, noting that “the number of developmentally uninformed, child-uninformed and completely stupid ideas is mind-numbing.”

Instead of the dramatized drills, many experts have recommended taking a different approach.

“What we can do is we can prepare our students and our staff members through lockdown procedures. And that is where you get behind a locked door, if possible, out of the line of sight,” Reeves told NPR.

“In my opinion, I don’t think they need these kinds of drills,” Julie Stucke, a child psychologist with Dayton Children’s Hospital, recently told WHIO TV. “There’s no research that suggests these types of drills are any more effective than just educating people verbally or through writing.”

Others have advocated for an increased focus on counseling efforts.

“There’s a misunderstanding in where the dangers are,” Dewey G. Cornell, a psychologist and professor at the University of Virginia, told the Washington Post. “School counseling, academic support, that’s gonna do far more to keep our communities safe.”

This year, mass shootings have been named as the most common source of stress for Americans, according to a recent survey by the American Psychological Association.

The study found that 71% of adults surveyed found mass shootings to be a “significant source of stress in their lives,” an increase from last year’s 62%. Some of the other leading sources of stress include health care, next year’s presidential election and discrimination.

“This year’s survey shows us that more Americans are saying these issues are causing them stress,” said Arthur C. Evans Jr., PhD, APA’s chief executive officer in a press release, noting that “over time, prolonged feelings of anxiety and stress” can take a toll on people’s mental health.