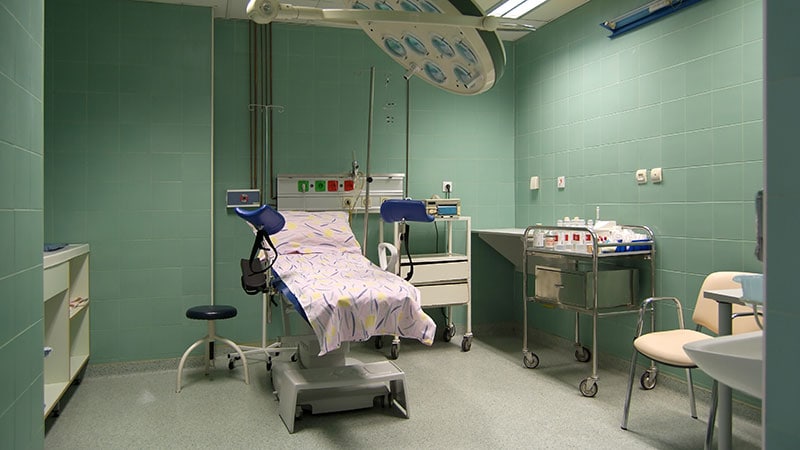 States that have moderate state abortion laws had lower rates of maternal, fetal, and infant mortality, but not lower all-cause mortality, in reproductive-aged females compared with states that have restrictive laws, new research using 2000-2019 data indicates.

Additionally, having a higher number of laws that restrict abortion in a state was linked with higher maternal and infant mortality in the state, the study states.

Mortality increases with number of laws

Findings were published ahead of print in February’s Obstetrics & Gynecology.

Though the study was done before the Supreme Court decision overturning Roe v. Wade in June 2022, its findings may shed light on potential trends depending on states’ decisions.

In the wake of the Dobbs v. Jackson Women’s Health Organization, an estimated 33 million U.S. women will live in states without available abortion services, the authors note.

The authors chose the 2-decade time frame because data could be accessed for both maternal and infant mortality for all the years and because state level abortion laws changed dramatically in that time.

The Guttmacher Institute has analyzed each state’s abortion policy landscape and scored states as restrictive, moderate, or supportive. Certain types of abortion laws were associated with higher rates of all-cause mortality in reproductive-age females.

Those laws included trigger laws (the laws that automatically outlaw abortion in a state when federal law is overturned), laws that limit access to medication abortion, and parental consent laws, according to the paper.

Additionally, states that restrict access to abortion have higher rates of maternal and infant death, even after accounting for the general health of the population.

Blair G. Darney, PhD, MPH, with the department of obstetrics and gynecology, Oregon Health & Science University and the OHSU-PSU School of Public Health in Portland, and two OHSU coauthors note in an accompanying editorial that having a trigger law in place was associated with elevations in all four mortality measures. However, trigger laws had not yet been enacted during the study.

The existence of trigger laws is likely a proxy for other factors, they write.

“[T]he relationship between trigger laws and increased mortality may more likely be explained by other factors that were not considered in the analysis than by laws that were not enacted at the time of the study,” the editorialists write.

Those factors may include lack of Medicaid expansion, socioeconomic inequities, and other policies.

The editorialists also caution that just because some types of abortion restrictions don’t appear to increase mortality, it doesn’t mean they aren’t harmful.

“For example, laws prohibiting private or Medicaid insurance coverage for abortions were not associated with maternal mortality, but these laws may simply shift the burden of payment to the individual seeking an abortion or be mitigated by funds that support an individual’s out-of-pocket cost for care. The lack of an association may therefore reflect women’s resilience and their ability to obtain needed health care in the face of financial challenges,” they write.

They point out that, conversely, Targeted Regulation of Abortion Providers (TRAP) laws, which supporters say protect women, have been associated instead with increases in maternal mortality.

Dr. Harper and study coauthors, noting that the relationship between abortion laws and mortality is complex, urge states with restrictive abortion laws to consider proven countermeasures to offset the rates, including Medicaid expansion.

One coauthor served on a medical advisory board, was a site primary investigator for several clinical trials, and received royalties from UpToDate for two topics related to trial of labor after cesarean. The other authors did not report any potential conflicts of interest. Dr. Darney’s institution receives research funding from Organon and the Office of Population Affairs on which she is the primary investigator, and she is a member of the board of directors of the Society of Family Planning and a deputy editor at Contraception. She has received an honorarium from ACOG for committee work. The other editorialists did not report any potential conflicts of interest.