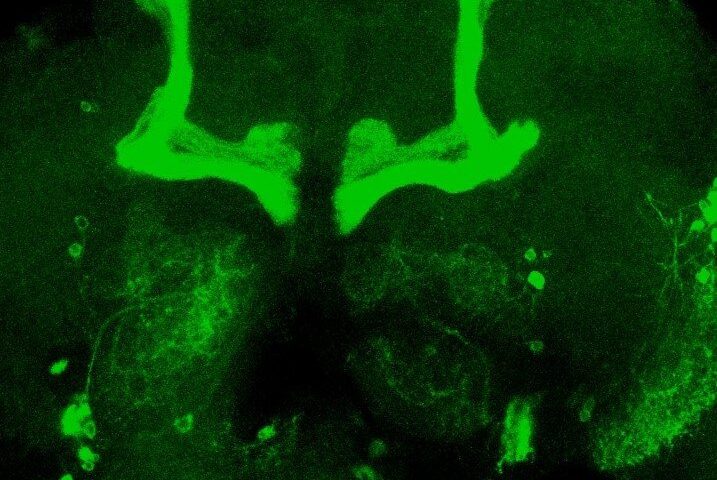 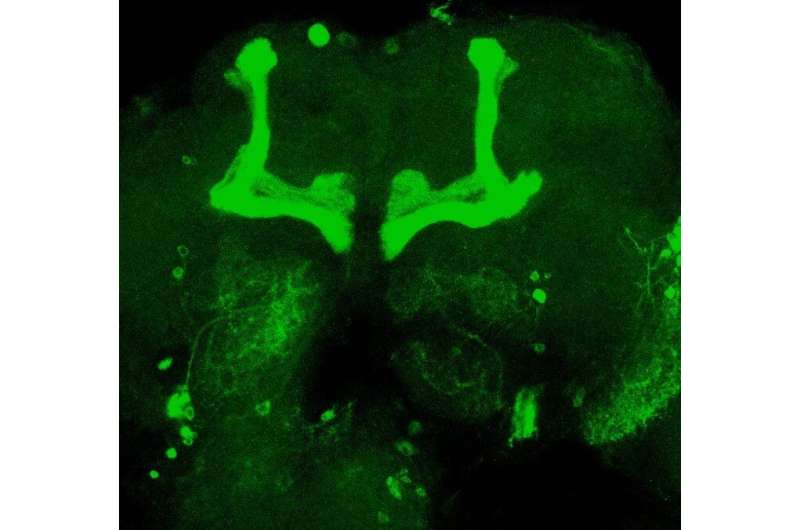 All living organisms are subject to an internal biological rhythm, which controls many physiological processes. In humans in particular, this internal clock follows a 24-hour cycle and occurs even in the absence of external triggers, such as changes in light or temperature. Using the genetic model organism Drosophila melanogaster, a team from the University of Geneva (UNIGE), Switzerland, has discovered that the Nf1 gene is essential for the regulation of the sleep-wake cycle. This gene is also involved in a common genetic disease in humans—neurofibromatosis—which leads to the formation of tumors in the nervous system. This discovery could help explain certain symptoms observed in patients suffering from this disease, in particular the disturbance of their sleep. This work can be read in the journal Nature Communications.

Most of the biological functions of the organism such as the sleep-wake cycle, body temperature, heart rate, blood pressure, hormone production, but also cognitive abilities, mood or memory are regulated by the circadian rhythm, a 24-hour cycle. It is therefore thanks to this internal clock, located in humans in the hypothalamus, that we are most awake from morning until the end of the day, that our body temperature is significantly higher during the day and that intestinal contractions are lower at night.

All animal and plant species have their own circadian rhythms and the laboratory of Emi Nagoshi, Professor at the Department of Genetics and Evolution at the UNIGE Faculty of Science, is using Drosophila, the small fly found on ripe fruit, to study in detail the mechanisms that regulate these internal clocks. Drosophila is a model of choice for genetic research: not only can the fly and its genome be manipulated very easily in the laboratory, but many genes are conserved between the fly and higher organisms, which often makes it possible to extend the scope of discoveries from fruit flies to humans.

Monitoring the sleep of fruit flies

Using infrared sensors that detect the movements of flies contained in tubes, scientists can easily analyze their sleep-wake cycles. Over a 24-hour period, flies sleep for about 10 hours at night, then are active all day, except for a nap of about 4 to 5 hours. The biologists were interested in flies that have a deregulated sleep-wake cycle and whose particular area of the brain, called ‘mushroom bodies’ because of its characteristic shape, is damaged. They analyzed the expression of genes in this area of the brain of healthy Drosophila. “We identified a gene, Nf1, whose expression fluctuates according to the sleep-wake phases of the fly: its expression increases when the flies are awake, while it decreases during their sleep,” explains Blanca Lago Solis, researcher in the Department of Genetics and Evolution. To confirm the link between this gene and the circadian rhythm, the biologists observed flies that weakly express this gene, regardless of the time of day. “These flies are totally dysregulated and have much more sleep phases,” Blanca lago Solis reports.

A potential link to neurofibromatosis