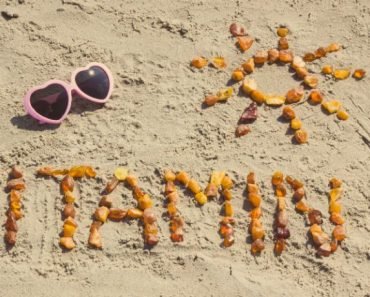 A new study in Ireland has shown that those with low levels of vitamin D are 75 percent more likely to develop serious depression.

A major new study in Ireland has shown that older adults who have low levels of vitamin D are 75 percent more likely to develop serious depression.

As Irish Central report, the new study was conducted at Trinity College Dublin by scientists from The Irish Longitudinal Study on Ageing (TILDA) and the results of this groundbreaking research are the first in Ireland to link a lack of vitamin D with a much greater risk of depression. These findings are also based on one of the largest representative studies ever conducted on the subject of vitamin D and depression.

Older adults who suffer from depression have been found to have a much less robust quality of life and depression may also lead to a much earlier death. As such, scientists in Ireland believe that it is crucial to accurately diagnose the different causes of depression so that it can be managed, which will greatly alleviate the many risk factors that are associated with it.

Vitamin D, which has been nicknamed the sunshine vitamin, is a crucial vitamin for the health of human bones, and a lack of it has been linked with other serious medical issues which include both diabetes and inflammation.

While there have been sporadic and small studies which have shown a clear link between a lack of vitamin D and depression, the people involved in these studies have not been followed up or tracked over time. Keeping track of patients involved in studies of this kind is highly important as TILDA has suggested that one out of every eight older adults in Ireland currently suffers from a vitamin D deficiency.

In the new Irish study which linked vitamin D with depression, scientists examined patients in their new research and then caught up with them four years later to see how a lack of vitamin D had affected the participants.

Scientists determined that those who had low levels of vitamin D were 75 percent more likely to develop depression and this finding remained the same even taking into account other factors such as physical activity. Researchers have suggested that the results of this study could show that vitamin D has a very important link with human brains. As brain changes have been observed in older adults who suffer from depression, Vitamin D may be able to protect people from these changes in the future.

One of the reasons that this study is so important is that vitamin D deficiencies can normally be fixed through fortification. This, however, is slightly problematic in Ireland, where adding vitamin D to different products is strictly voluntary and not enforced. Furthermore, it has been reported that very few manufacturers currently add vitamin D to their products, and the Irish government does not have any vitamin D guidelines to date.

Dr. Robert Briggs, a Specialist Registrar in Geriatric Medicine at St. James’ Hospital Dublin and the first author of this study, explained that the new findings should help to illustrate how important vitamin D supplements and treatments are for those who are at a greater risk of depression.

“This is the largest representative and most comprehensive study of depression risk and vitamin D status in older adults ever conducted in Ireland. Our findings will provide useful information to help inform public health policy – particularly regarding the proposition of the usefulness of vitamin D treatment/supplementation for depression.”

As one senior author of the study, Dr. Eamon Laird, noted, “This study shows that vitamin D is associated with a health condition other than bone health. What is surprising is the large effect on depression even after accounting for other control variables. This is highly relevant for Ireland as our previous research has shown that one in eight older adults are deficient in the summer and one in four during the winter. Moreover, only around 8% of older Irish adults report taking a vitamin D supplement.”

The new Irish study which has linked a lack of vitamin D with depression has been published in The Journal of Post-Acute and Long-Term Care Medicine (JAMDA).