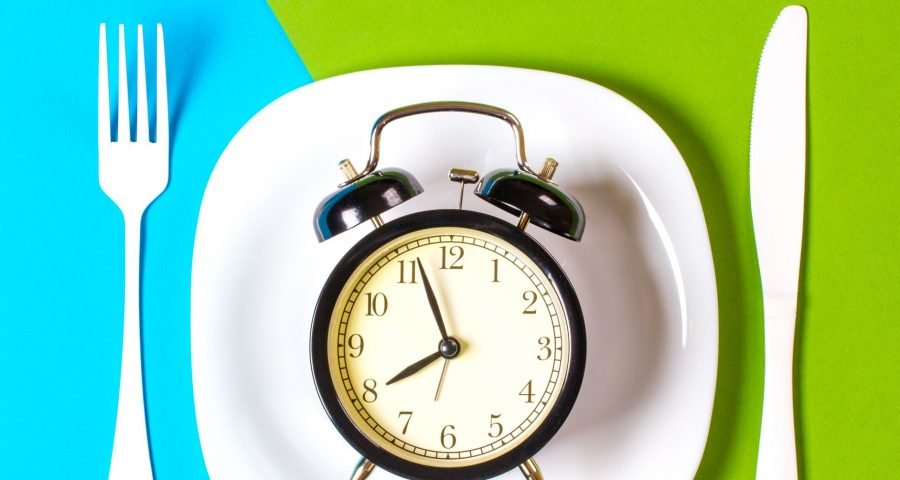 Intermittent fasting is among the trendiest diet plans of the moment, evangelized by Hollywood celebs, Silicon Valley execs and Instagram influencers alike. Its followers forego food for anywhere from 16 hours to a whole day, with many swearing by its weight loss, brain enhancing, and other benefits.

Indeed, recent studies suggest intermittent fasting can help you shed pounds and stave off a host of chronic diseases, including heart disease, diabetes, Alzheimer’s disease, and cancer. Some even point to its potential to prolong life. But the experts we interviewed note that these findings come with caveats: Most research on intermittent fasting has been done on animals, and the few human studies out there have looked primarily at indicators of health (like glucose levels) rather than actual health outcomes (like diabetes) and have lasted only a few months. “There hasn’t been a long-term study establishing that intermittent fasting has good outcomes,” says Howard Steiger, program head of eating disorders at the Douglas Hospital Research Center at McGill University.

That said, for people who are otherwise healthy—whether they’re at a normal weight, overweight or obese—“there is no evidence to show that [intermittent fasting] is harmful,” says Sai Das, an assistant professor at Tufts University’s Friedman School of Nutrition Science and Policy. She adds, though, that “we cannot say across the board that it’s safe for everyone.”

In other words, if you do want to try intermittent fasting, proceed with caution. Here’s what you need to know before you start:

Before getting into intermittent fasting, “everyone should really have a conversation with their physician,” Das says. That’s especially true if you’re at high risk for health problems or complications—that is, if you’re over 65 and/or have an existing medical condition.

Das also strongly recommends talking to your doctor if you’re on medication, since dosing schedules are often built around regular meal times. Ditto if your job involves handling heavy equipment or other tasks that might endanger yourself or others if you were to experience lightheadedness or the other side effects of low blood sugar.

You should avoid fasting altogether, though, if you have higher caloric needs—that is, if you’re underweight, younger than 18, or pregnant or breastfeeding, the other experts we interviewed said. Also avoid fasting if you have diabetes, since fasting could cause your blood sugar to plummet to dangerously low levels.

You absolutely shouldn’t fast if you’re susceptible to developing an eating disorder. Risk factors include having a family member with an eating disorder, perfectionism, impulsivity and mood instability, Steiger says. Dietary restriction can cause eating disorders in people with these risk factors, he adds, and studies have associated fasting with a higher risk of bulimiain particular.

You might notice your stomach grumbling during fasting periods, especially if you’re used to constant grazing. The good news is, you can take active steps to keep hunger in check.

During fasting periods, avoid looking at, smelling, or even thinking about food, which can trigger the release of gastric acid into your stomach and make you feel hungry, says Yuan-Xiang Pan, an associate professor of nutrition at the University of Illinois at Urbana-Champaign. He suggests reading a book or engaging in some other mentally engaging activity— “so that you’re not sitting in front of TV thinking, ‘Man I want to eat something.’” If you really need to fill your stomach, drink water, or plain iced tea or coffee, he says.

Start slow. Das suggests trying intermittent fasting for a week and seeing how you do. There are different types of intermittent fasting—from time-restricted eating, which limits eating to a certain time window (such as noon to 8:00 pm), to alternate day fasting, which involves fasting every other day. Find what works for you. “Time-restricted fasting allows for the most normal diet patterns,” which may make it more doable, Cox says. Instead of eating only a few hundred calories or cutting out food altogether during fasting periods, “start with restricting your calorie intake only to half or 75 percent of your normal calorie intake,” Pan says. “Then scale up.”

“Non-fasting days aren’t days when you can just totally splurge,” Das says. Otherwise, you might end up in a net calorie surplus, leading to weight gain. Again, though, the challenge is that fasting may in fact trigger binge eating. In a five-year study of 496 adolescent girls, fasting—which the researchers defined as not eating for a 24-hour period for weight control—strongly predicted binge-eating. A 2015 review also found that fasting significantly increased levels of the stress hormone cortisol, which may lead to cravings. It makes sense. “If you’re used to having three meals… maybe a snack in between, when you practice intermittent fasting, it’s a huge change,” Pan says. “That can cause increased stress levels in some people.”

If you’re a stress eater, try activities that lower cortisol, like meditating or listening to music. Also remember to fill up on nutritious, satiating foods during eating periods.

“Intermittent fasting is sometimes associated with dehydration because when you don’t eat, sometimes you forget to drink,” Pan says. Remember to pay special attention to your body’s thirst cues during fasting periods.

It’s normal to feel groggy, especially as an intermittent fasting newbie. Your body is running on less energy than usual, and since fasting can boost stress levels, it can also disrupt your sleep patterns, Pan says. Try meditating or other stress-lowering activities. If you have a regular fitness routine, schedule your workouts during eating periods, Cox says. Not only will doing so help you conserve energy, but exercising while fasting could lead to low blood sugar levels, whose symptoms—such as dizziness and confusion—may increase your risk for injury.

“The same biochemistry that regulates mood also regulates appetite,” Steiger says, with nutrient consumption affecting the activity of neurotransmitters like dopamine and serotonin, which play a role in anxiety and depression. That means dysregulating your appetite may do the same to your mood. Again, stick to a nutritionally balanced, satiating diet during your eating periods, and remember to clock in enough sleep, which research has also linked to mood.

Be careful about your alcohol intake.

It’s ok to imbibe while intermittent fasting, but not during or immediately after fasting periods. As you’ve probably already figured out firsthand, you’ll get drunker faster if you drink on an empty stomach.

That said, even if you do restrict your drinking to eating periods, “you’re displacing your opportunity for adequate nutrition”—which intermittent fasting already limits—”with alcohol,” Cox says. And if weight loss is your goal, low-nutrient, high-calorie alcohol “is not our best option.”

The long-term effects are unknown.

Sure, studies of intermittent fasting so far suggest it can help you lose weight over the course of a few months—but we don’t have the long-term data to determine whether you’ll be able to keep it off years later, or whether prolonged intermittent fasting is even safe or healthy, Cox says. She encourages anyone considering intermittent fasting to talk to their doctor, but “especially if they want to continue it on a long-term basis to make sure that’s the best option for them.”