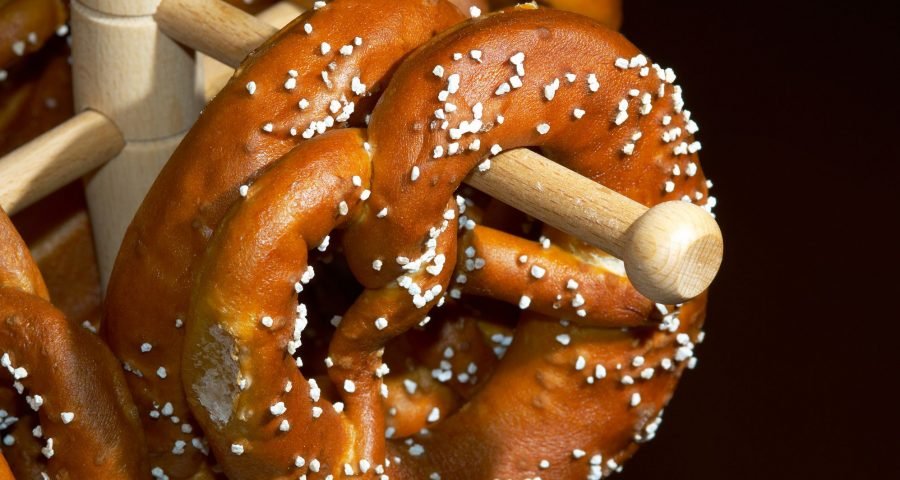 If you’ve added or lost a few pounds recently, don’t panic: Small fluctuations in weight are common, and rarely anything to worry about. But if you’ve packed on 5 pounds or more in a matter of weeks—or even days—it’s time to take notice. “For a guy, five pounds is kind of—ding-ding—something’s going on here,” says Lawrence Cheskin, MD, director of the Johns Hopkins Weight Management Center.

Cheskin explains that weight fluctuations of five pounds are more are fairly typical among women, but not so much among men. Especially if your weight has been stable for months or years, sudden weight gain is noteworthy, he adds. What could be the cause? Here they the six most common explanations.

You’re Eating Too Much Salt

Sodium consumption causes your body to retain water, Cheskin says. Water has weight and volume. So if you eat a lot of salty food several days in a row, you may pack on weight quickly, he says.

Restaurant food—and especially fast food—tends to be loaded with sodium. If you spent a long weekend away from home and you filled your days with takeout and restaurant meals, that could account for your abrupt influx of pounds.

“There are many medications that may cause weight gain,” says W. Scott Butsch, M.D., director of obesity medicine in the Bariatric and Metabolic Institute at the Cleveland Clinic. In fact, medication may cause up to 15 percent of obesity cases, he says.

Depression medications (including SSRIs) and heart disease drugs (beta blockers) are two common culprits, Butsch explains. But prescription sleep aids, painkillers, and even some allergy-blocking antihistamines can cause “a bump in weight,” he says.

Add steroids and testosterone-boosting drugs or supplements to that list, Cheskin says. These drugs act on your hormones, which could certainly spur a weight increase. That includes OTC or internet-order supplements, he adds.

This one may seem obvious. But if you’ve been consuming more calories than you used to, that change could lead to a five or ten-pound increase in your weight over a period of one or more months, Cheskin says.

“Alcohol is a consideration too,” he adds. “It contains calories just like food.” Especially if you’ve made a change that will consistently add calories to your weekly intake, you may put on weight, he says.

It’s important to recognize that these changes can be subtle. Maybe you’ve started attending a weekly happy hour. Or maybe you bought new dishware, and so your portion sizes have increased without you realizing it. “If you’re eating just 500 calories more a week, over time that can add up,” he says.

Even small changes to your physical activity habits can spur weight gain, Cheskin says. “Maybe you used to walk a lot for work, and now you’re driving,” he suggests.

If you used to lift weights and you’ve stopped, that could also account for your weight gain—even if you replaced that strength training with some other form of exercise. Cheskin says that muscle mass (and the strength training that builds it) tend to keep your metabolism elevated, which helps you burn calories.

Ditch your usual gym regimen—or vary it in ways that cause you to lose muscle mass—and the downshift in your metabolism could cause you to add some weight, he says.

It would be really, really nice if lost weight stayed lost. But just the opposite is true.

“Our body weight and body fat are tightly regulated, and [our system] will act to maintain balance,” Butsch says. Put another way, any pounds you manage to drop are likely to return—even if you keep up your weight-loss routines, he adds.

So if you recently dropped some weight, it’s very likely that you’ll put some of it back on—regardless of how much you’re eating or exercising.

You Have an Endocrine Disorder

Roughly one in five adults has an underactive thyroid—also known as hypothyroidism—according to the National Institutes of Health. While this condition is much more common in women, Cheskin says plenty of men experience hypothyroidism, which can cause sudden and significant weight gain.

While less typical, some other hormone disorders—namely, Cushing’s disease—can also cause weight gain, Butsch says. If you have one of these endocrine disorders, weight gain probably won’t be your only symptom, he adds. Fatigue, weakness, headaches, problems thinking, and depression or irritability are all signs of these hormone disorders, according to the Mayo Clinic.