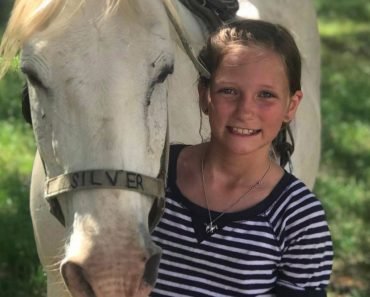 A Texas family had a rollercoaster of a year after 11-year-old Roxli Doss was diagnosed with an incurable cancer — only to find out that the tumor had disappeared with no explanation just three months later.

According to local TV station KVUE, Roxli was diagnosed with an inoperable brain tumor called diffuse intrinsic pontine glioma, or DIPG, in June of this year. Her family’s GoFundMe page described the tumor as “in the back of her brain and pushing her spinal chord. She had headaches for a couple weeks and was feeling sick.”

Dr. Virginia Harrod from Dell Children’s Medical Center, where Doss was being treated, told KVUE her condition was “very rare … It is a devastating disease. You have decreased ability to swallow, sometimes vision loss, decreased ability to talk, eventually difficulty with breathing.”

RELATED: Is Homework a Waste of Students’ Time? Study Finds It’s the Biggest Cause of Teen Stress

“It was very bad,” Roxli’s father Scott said to the outlet at the time. “It was the worst news we could have had.”

For 11 weeks, Roxli underwent radiation, according to KVUE, despite there being no cure for DIPG. The family then held a benefit in August, and after that could only rely on prayer and support from their community.

By mid-September, it seemed their efforts had worked. On Sept. 10, the family found out that her latest MRI scan revealed “no tumor evident,” the Dosses wrote in a journal entry on CaringBridge.org.

RELATED: 6-Year-Old Boy Who Is Blind ‘Sees’ Santa for the First Time: ‘My Heart Is So Full,’ His Mom Says

“A Miracle!!” the post continues. “We all walked out in shock even though we had been begging, praying, asking and believing. Thank you Jesus just wasn’t enough to say.”

Dr. Harrod told KVUE, “When I first saw Roxli’s MRI scan, it was actually unbelievable. The tumor is undetectable on the MRI scan, which is really unusual.”

She clarified that she had no explanation for the change.

That said, the Dosses still need to be cautious as it’s possible for DIPG to return — and aggressively at that. For now, though, Scott and his wife, Gena, are spending every day thanking God, they told KVUE, as Roxli undergoes precautionary treatments.

“It’s kind of our family thing that God healed Roxli,” Gena said to the outlet.

“We didn’t know how long she would be healthy and, look at her, she’s just doing awesome,” Scott added.