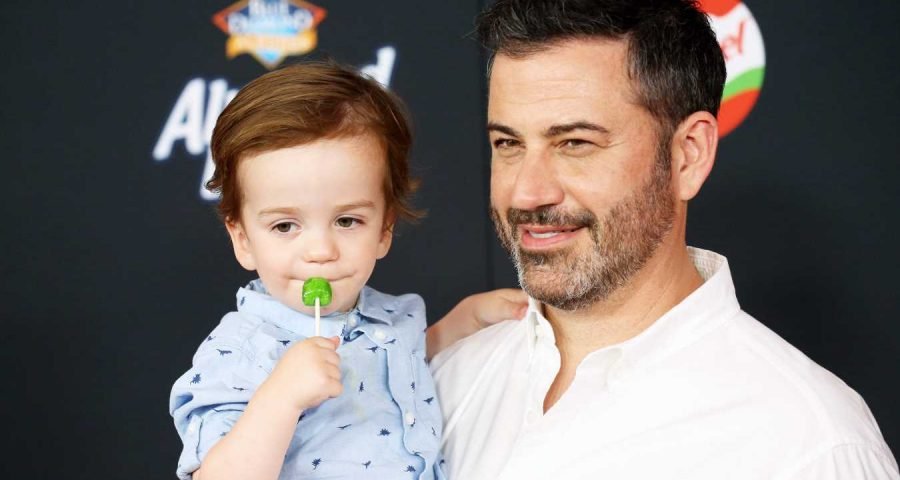 To infinity and beyond!

Jimmy Kimmel and wife Molly McNearney brought their young children to the world premiere of Toy Story 4 in Los Angeles on Tuesday night, where the lucky kids got to see Woody, Buzz and the rest of the gang in their newest adventure.

The 51-year-old late-night host posed for a sweet family snapshot with McNearney, 41, and their kids Billy and Jane on the red carpet.

Billy, 2, looked content as he sucked on a green lollipop in his dad’s arms, while Jane, 5 next month, smiled in a pink, green and blue floral dress with matching blue shoes.

In April, the Jimmy Kimmel Live host celebrated Billy’s second birthday with a sweet post that also included a touching thank you to the doctors and nurses who helped save Billy’s life after he was born with a congenital heart condition.

“Happy 2nd birthday to our little #Easter buddy Billy,” he captioned a photo of his youngest child holding a carrot. “We are grateful always to the nurses and doctors at @CedarsSinai & @ChildrensLA who saved his life and all of you who prayed & sent positive thoughts our way.”

In addition to Billy and Jane, Kimmel has two older children — Kevin and Katie — from a previous relationship.

RELATED: Jimmy Kimmel Shares Adorable Photo of Son Billy on His 2nd Birthday: ‘We Are Grateful’

Kimmel and McNearney overcame a difficult first year when Billy had to undergo two heart surgeries — one when he was just 3 days old and another when he was 7 months old — after he was born with the congenital heart condition tetralogy of Fallot with pulmonary atresia.

The late-night host first opened up about his son’s diagnosis in May 2017 with a tearful monologue on his show Jimmy Kimmel Live. Then, in April 2018, Kimmel opened up to Oprah Winfrey about the feelings of detachment he and his wife felt, out of fear.

“There were secrets we kept from each other that we revealed only after the second surgery. The biggest one was that, I think subconsciously, we didn’t want to get too close to the baby because we didn’t know what was going to happen,” Kimmel said in an interview for O, The Oprah Magazine.

“He’s great,” Kimmel told Winfrey about the current status of his son’s heart condition. “He’ll have another surgery when he’s around 6 or 7 years old, but in the meantime, he’s doing great.”