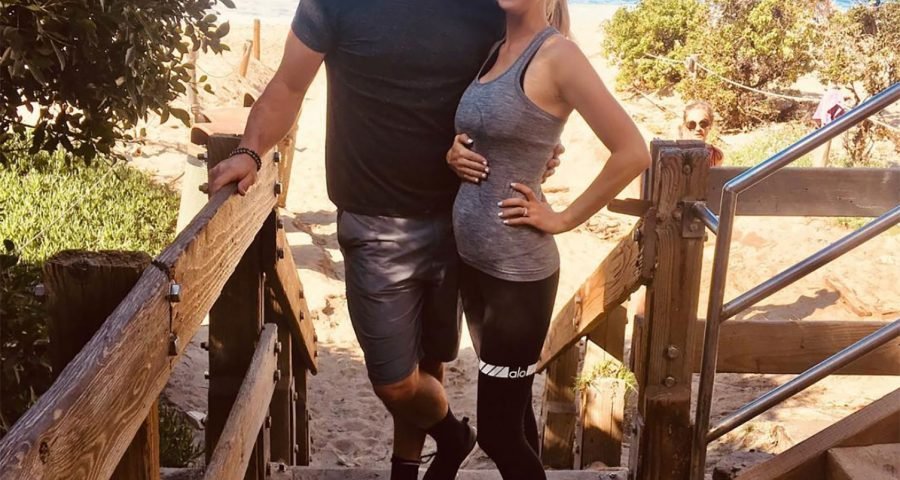 Christina Anstead enjoyed a fun, and sweaty, Sunday with her husband Ant Anstead

Working out for two!

Christina Anstead proudly showed off her baby bump on Sunday, as she fit in a workout with her husband Ant Anstead.

In the photo, the Flip or Flop and Christina on the Coast star, 35, smiles as she cradles her bump and stands beside the Wheeler Dealers host, 40.

The pair is expecting their first child together, due in September. The HGTV star is already mom to son Brayden James, 3½, and daughter Taylor Reese, 8, with ex-husband Tarek El Moussa.

Ant is also a father to two children (son Archie, 12, and daughter Amelie, 15, with his ex Louise.

Not only is Christina overjoyed to be bringing another child into the world, she’s also happy that her first trimester is over.

As she shared her first baby bump photo last month, the HGTV star revealed that she struggled with a “brutal” first trimester.

“Maybe it’s my age (35 — considered a geriatric pregnancy ??‍♀️?) lol … or maybe I just forgot how bad it was with Tay and Bray … but yikes it really blind sided me,” she wrote.

The mom-to-be — who showed off her belly under a long-sleeved gray top — explained that she experienced “nausea, exhaustion” and “too many food aversions” but is “officially back to feeling somewhat normal” now.

“Going to try and enjoy the second trimester while it’s here,” Christina added. “Thank you to my amazing husband for being so supportive while his new bride was complaining and a little more cray than usual. We found out we were expecting after the honeymoon and I’m officially 15 weeks now.”

@ant_anstead and I are so excited to announce #babyanstead coming this September!! The kids are all so excited to meet their new sibling ♥️ #5#Gonnaneedabiggercar! ? ?

Before getting pregnant with her “miracle baby,” Christina struggled with infertility issues. Shortly after the birth of her son in 2015, she opened up about her difficult journey to get pregnant.

After going through two attempts at in vitro fertilization (IVF) — one of which resulted in a devastating miscarriage at eight weeks along — Christina finally got pregnant again via a third IVF treatment in 2014. “I had to be really strict,” she told PEOPLE in 2015 of her high-risk pregnancy.

“I had to do one full week in bed. For 13 weeks after that, I couldn’t go for a walk and couldn’t lift anything over a gallon of milk,” she said. “At around six weeks pregnant I started spotting, so I thought that we lost the baby again.”

But despite the scare, she later gave birth to Brayden via emergency cesarean section.